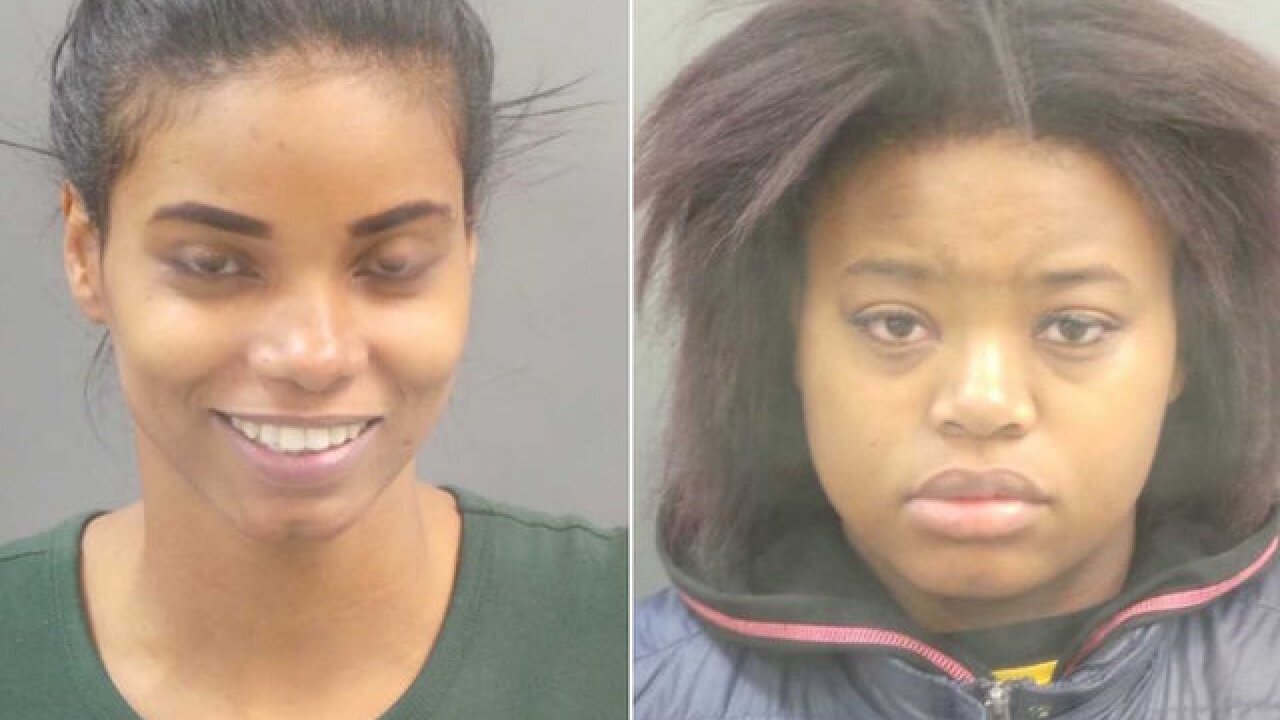 © 2018 Cable News Network, Inc.
St. Louis Metro Police Dept.
<p>Mickala Guliford, 28, and Tena Dailey, 22, were charged with endangering the welfare of a child, a felony, according to probable cause statements from prosecutors.</p>

Two child care workers in St. Louis have been charged with crimes after a 2016 video of a "fight club" featuring young children surfaced, a court official said.

Mickala Guliford, 28, and Tena Dailey, 22, were charged with endangering the welfare of a child, a felony, according to probable cause statements from prosecutors.

The women directed at least six children to have fistfights, the state alleges, noting that the children wore a padded glove and used it to hit each other's heads and bodies.

Video shows at least six children fighting over 35 minutes, according to prosecutors.

A child who had just fought is seen crying on video, the document says.

Still, the women encouraged and supervised the fighting, and one woman is seen "jumping up and down with excitement," it states.

The alleged incident happened on December 7, 2016, the birthday of a child identified in the document as C.L. He suffered red marks and swelling on his face and forehead and a black eye, prosecutors say.

CNN has been unable to reach the women and the child care center, Adventure Learning Center.

The two teachers were fired immediately, CNN affiliate KPLR reported. The prosecutor's office launched an investigation after the video aired recently on KPLR,

A 10-year-old recorded the incident on video on his iPad, the station said. He was with older kids in the next room and worried about his little brother, who was crying after three fights. He texted the video to his mother, who called the child care center.