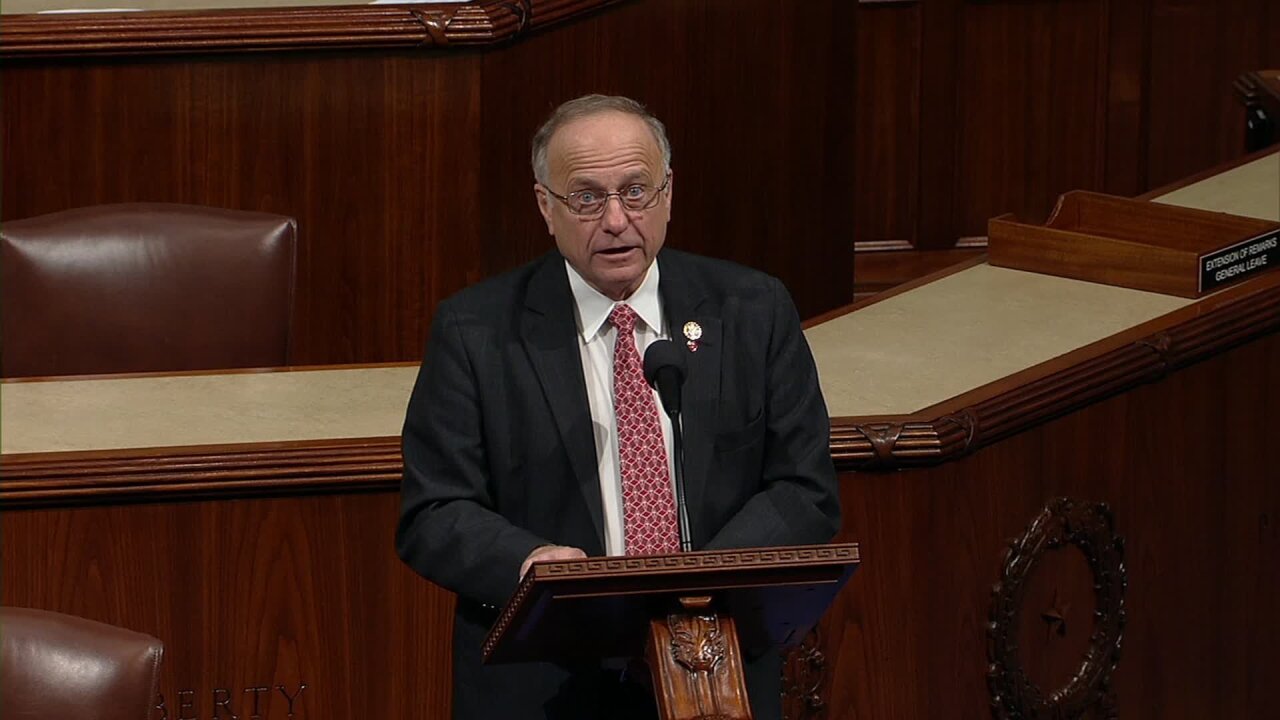 Republican Rep. Steve King, who has a lengthy history of incendiary comments related to race, favorably compared the response of his Iowan constituents, who are majority white, to recent severe flooding to the residents of New Orleans when Hurricane Katrina struck in 2005, who were majority black.

Speaking at a town hall in his district Thursday, King suggested that Hurricane Katrina disaster victims were asking for government assistance after the deadly storm hit, pushing a racial stereotype.

"We go to a place like Iowa, and we go, we go see, knock on the door at, say, I'll make up a name, John's place, and say, 'John, you got water in your basement, we can write you a check, we can help you.' And John will say, 'Well, wait a minute, let me get my boots. It's Joe that needs help. Let's go down to his place and help him,'" King said.

He added that FEMA is "always gratified when they come and see Iowans take care of each other, and so that's a point of pride that spreads across the country everywhere that I know."

King's comments came as he was discussing the heavy flooding in parts of Iowa and the Midwest. Nebraska Gov. Pete Ricketts sought and received federal disaster assistance funds earlier this week.

While devastating, the floods in Iowa and Nebraska resulted in a handful of deaths, while Katrina was responsible for more than 1,500 deaths in Louisiana alone.

CNN has reached out to King's office for comment.

"His comments about Katrina victims are absurd and offensive, and are a complete contradiction to the strength and resilience the people of New Orleans demonstrated to the entire nation in the wake of the total devastation they experienced," Scalise said in a statement provided to CNN.

"When communities are affected by disasters, we come together to help each other, not tear each other down," he said.

Rep. Cedric Richmond, a Democrat whose district includes New Orleans, said, "My heart goes out to all Iowans. Though it unsettles me that (King) would dare compare them to the countless victims of Katrina, many of whom lost their lives."

"When people show you who they are, believe them. Steve King is a white supremacist and I won't stand for it," Richmond said on Twitter.

King recently came under scrutiny for sharing a Facebook post over the weekend that boasts red states would "win" a fight against blue states — and that they have "8 trillion bullets." He later removed the post.

In January, the Iowa Republican was stripped of his committee assignments following remarks he made to the New York Times that were sympathetic to white supremacy, though King said his comments were taken out of context.