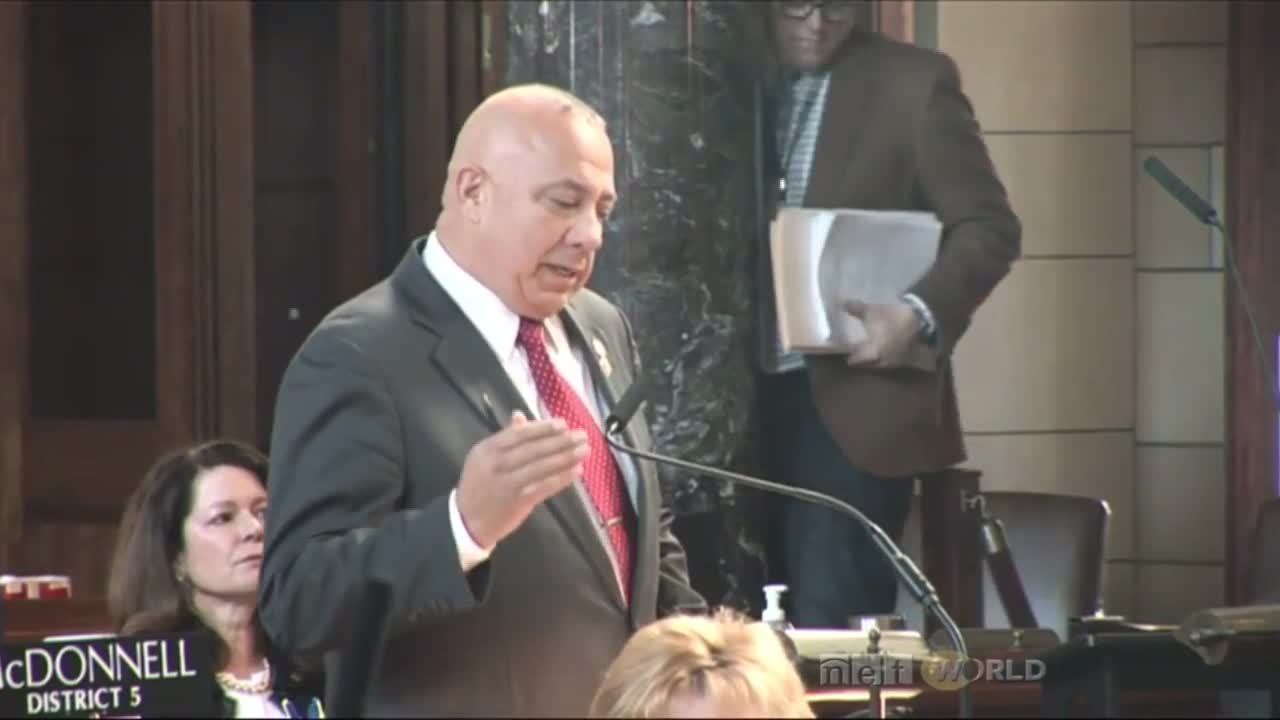 Sen. Brewer reacts to the American flag being referred to as "a rag."

LINCOLN, Neb. — A Nebraska state senator is under fire from his fellow lawmakers after referring to the American flag as a "rag" during debate.

Sen. Ernie Chambers (I-Omaha) made the comments while discussing LB 399 , a bill that would update social studies requirements for Nebraska students. Chambers is concerned the updates would only teach a version of US history that would skew toward white Americans and not be representative of the experience of all Americans.

"Senator Groene wants to talk about the meaning of respect," Chambers said. What do white people mean by it and what do black people mean by it? White people mean we've gotta bow down to what they tell us as black people to bow down to. I don't come here for this rag every day, and it's a rag. That's all it is to me. When you show a way to persuade Jews to sanctify and worship the swastika, when you show me that I'll come up here and stand while you all hypocritically pretend that rag is something that it definitely is not.“

Chambers has referred to the flag as a "rag" in the unicameral in the past.

The bill was debated for three hours on Wednesday and may return on Friday if there are enough votes to end Chambers' filibuster.