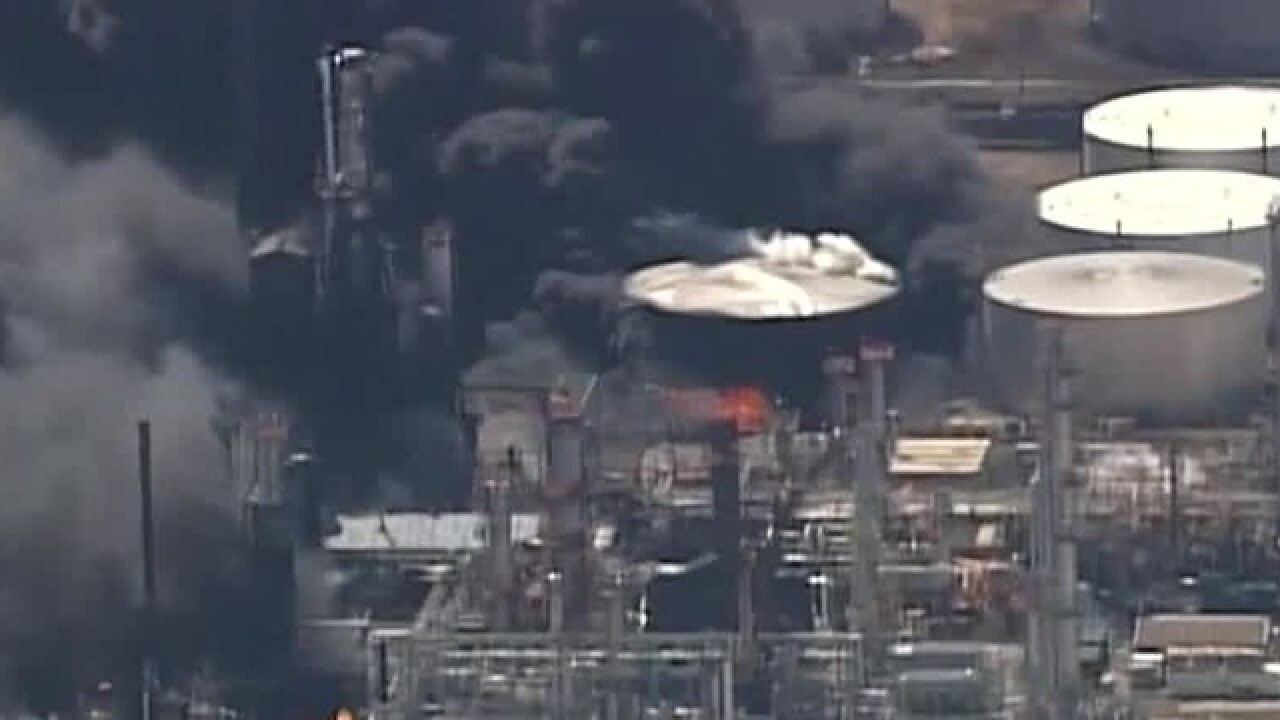 As of 6am today, the evacuation order has been lifted, and you may return to your home.

UPDATE: Authorities say a smoky refinery fire that forced many residents of Superior, Wisconsin, to evacuate is out.

Douglas County officials posted an update Thursday evening saying the fire is extinguished but asking residents in the evacuation area to stay away from their homes for at least another two hours.

An explosion rocked the Husky Energy oil refinery in Superior on Thursday morning. Authorities earlier said the fire was out, but it later reignited, sending up billowing clouds of thick, black smoke.

At least 11 people were hurt. Hospital officials said only one of the injured was seriously hurt, with what was described as a blast injury. No deaths were reported, and officials said all workers had been accounted for.

A tank containing crude oil or asphalt exploded at a large refinery in Wisconsin on Thursday, injuring several people and prompting fire officials to urge people living near the still-burning plant to evacuate their homes.

No fatalities have been reported, but at least 11 people were being treated at hospitals in Superior, where the blast happened, and nearby Duluth, Minnesota.

Panger said the fire was out by 11:20 a.m., although smoke could still be seen rising from the plant. Superior police later tweeted that the fire had reignited and urged residents living within a one-mile radius of the refinery to leave. Police blocked roads around the refinery in Superior, which is home to about 27,000 people and borders Minnesota to the north and the tip of Lake Superior.

Essentia Health spokeswoman Maureen Talarico said five people injured in the explosion are being treated at St. Mary's Medical Center, a Level II trauma center in Duluth. She said emergency room physicians described those patients as awake and alert. Another five are being treated at St. Mary's Hospital in Superior, Talarico said. She said the extent of injuries is unknown.

In Duluth, St. Luke's Hospital was treating one person and did not expect to receive any more, spokeswoman Jessica Stauber said. She did not have a condition for that person.

Panger said a small tank containing either crude oil or asphalt exploded in the refinery. A contractor who was inside the building told WDIO television that the explosion sounded like "a sonic boom" and that it happened when crews were working on shutting the plant down for repairs.

No damage estimate was available.

Calgary-Alberta-based Husky Energy refinery bought the refinery from Indianapolis-based Calumet Specialty Products Partners last year for over $490 million. It's Wisconsin's only refinery, and it produces gasoline, asphalt and other products.

The refinery, which dates back to the early 1950s, has a processing capacity of around 50,000 barrels per day and a storage capacity of 3.6 million barrels of crude and products. It processes both heavy crude from the Canadian tar sands in Alberta and lighter North Dakota Bakken crude.