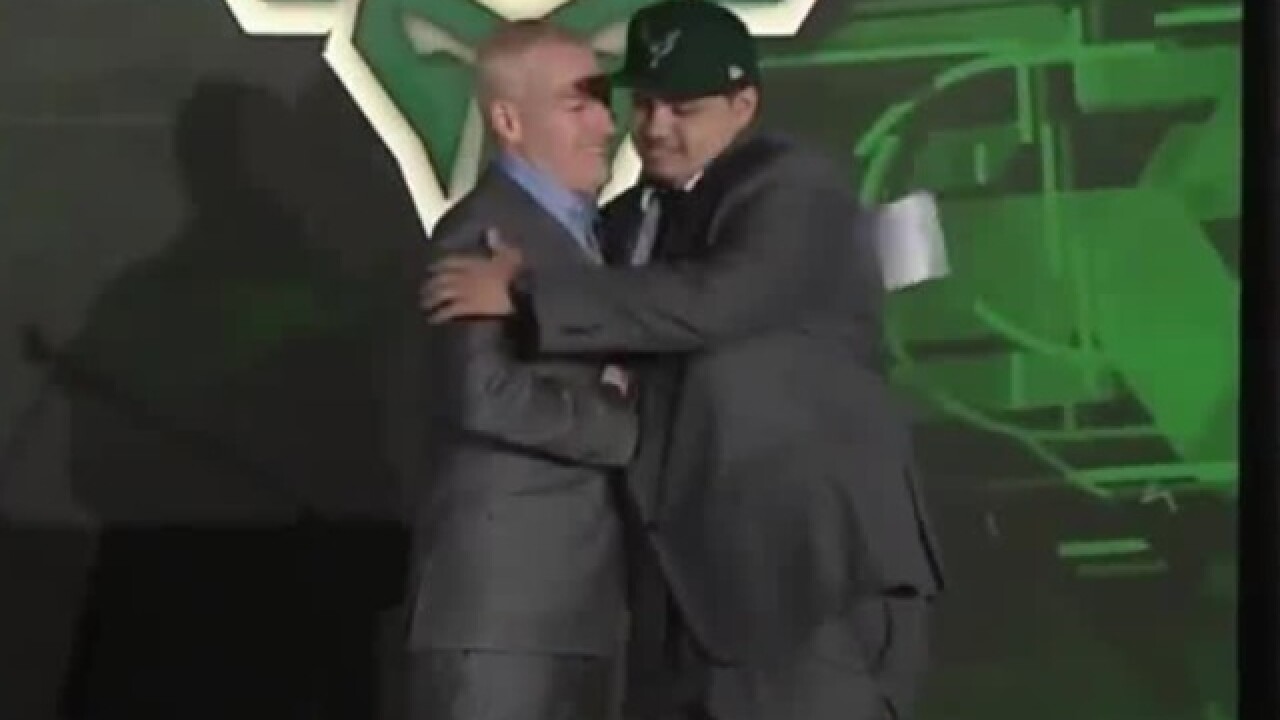 A second person from Milwaukee was shot Sunday during the incident in Jacksonville. Alexander Madunic says he was shot in the calf during the second round of shots fired.

"I knew I got shot instantly. I just said in my head, I'm like please don't shoot me anymore, please, just stop. I thought I was going to die," he told ABC News.

"I don't want to get shot by a video game like.. get killed over playing Madden. It's not even like it's a war game or anything, it's a sports game."

The Milwaukee Bucks and the family of a Milwaukee gamer say he was one of the several victims shot during a video game tournament in Jacksonville, Florida.

Timothy Anselimo, or 'oLARRY,' is known in the gaming world for representing the Milwaukee Bucks in NBA 2K.

His mother tweeted what had happened after the shooting. She said he was shot in the hand, thigh and chest.

God was with these guys today pic.twitter.com/YrWlphteBT

Anselimo was participating in the Southeastern Qualifier for the Madden NFL Championship Series for Madden NFL 19. This event was the first in a series of Madden NFL qualifier events according to EASports.

The Milwaukee Bucks confirmed Anselimo was injured and released the following statement on the incident:

“Our thoughts are with Tim and his family after this horrific situation,” said Bucks Director of Business Operations and Co-Managing Director of Bucks Gaming Cayle Drabinsky. “We are in close contact with his mother and continue to monitor his health.”

Eleven people were shot at the tournament. There are four reported fatalities. Anselimo's condition is unknown at this time.