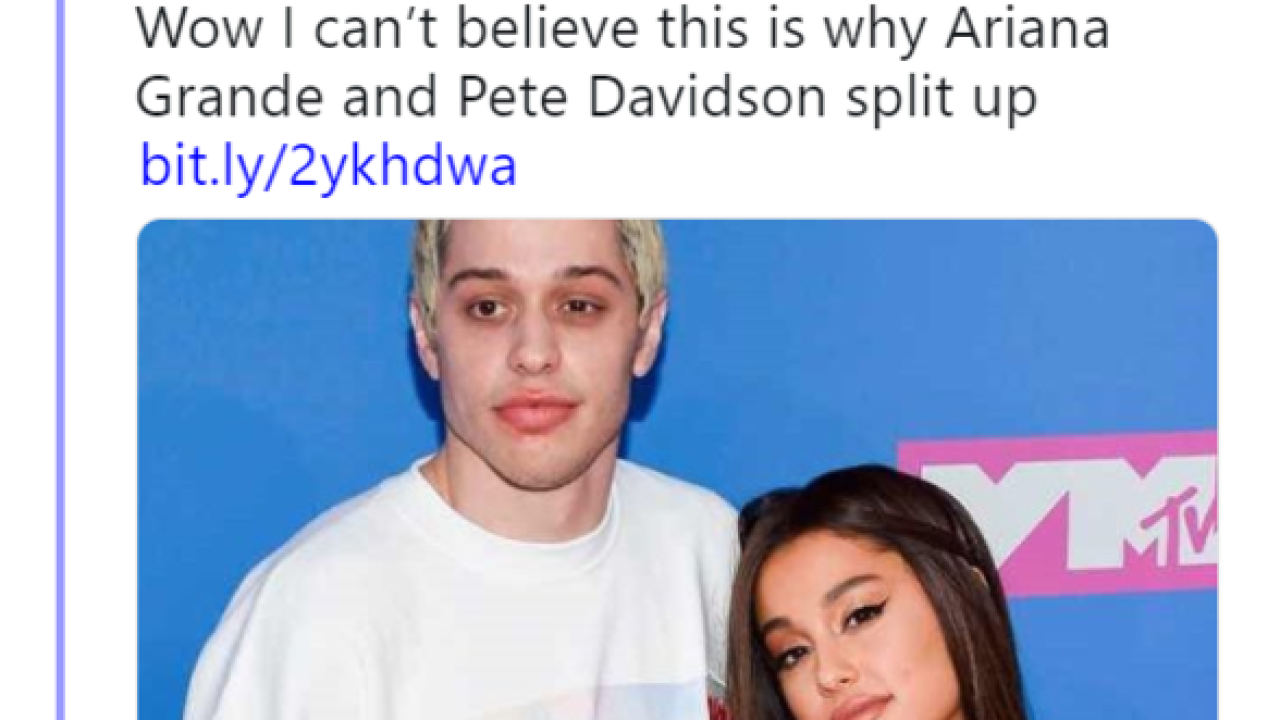 The director of social media at Marquette University, Tim Cigelske, has created a viral tweet that encourages voter registration.

Wow I can’t believe this is why Ariana Grande and Pete Davidson split up https://t.co/WQrbEBV6uD pic.twitter.com/Dc8b9azhua

In a Medium post, Cigelske calls it, "Clickbait for good."

"...[G]etting out the vote for the next generation is something that’s certainly important to me," he writes.

Since the tweet took off online, Cigelske says the link featured in the tweet has received more than 2 million clicks. It's not clear, however, how many people who clicked the link also followed through to register to vote.

Media outlets nationwide have covered the viral clickbait post. Some articles, such as this one from the Washington Post, criticize Cigelske's move, saying it, "seems to promote an assumption that the people who are interested in celebrity gossip — particularly young people — are not interested in voting or democracy" and compares it to attention policing.

Some people online, however, are praising what Cigelske did, saying it got them to register to vote.

Damn... this is the one that got me to stop procrastinating & actually register.