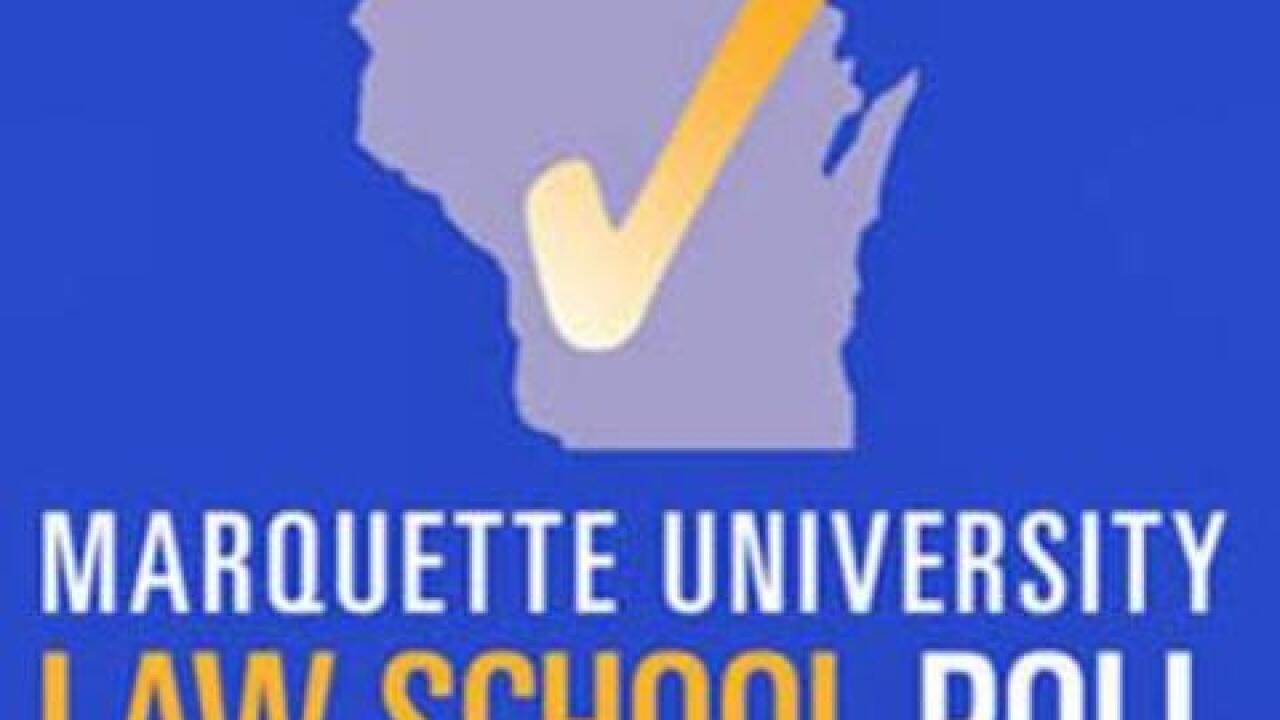 A new Marquette Law School Poll is showing how Wisconsin voters are currently feeling about various candidates and social issues.

The state of political conversations

Contrary to the idea that voters today live in “information bubbles,” hearing only opinions that agree with their own views, respondents report that their political conversations include a substantial mix of opinions. In talking to family and friends, 48 percent say they talk to about an equal mix of people with liberal and conservative views, and 41 percent say their conversations are an equal mix of pro-Democratic and pro-Republican opinions.

Sixty-one percent say marijuana should be fully legalized and regulated like alcohol while 36 percent oppose legalization. When previously asked in July 2016, 59 percent supported legalization and 39 percent were opposed.

A majority (61 percent) of registered voters statewide believe the Foxconn plant will substantially improve the economy of the greater Milwaukee area, while 27 percent do not think it will and 11 percent say they don’t know. In the July poll, 53 percent said the Milwaukee area would benefit while 33 percent did not think so.

Effects of tariffs and of trade agreements