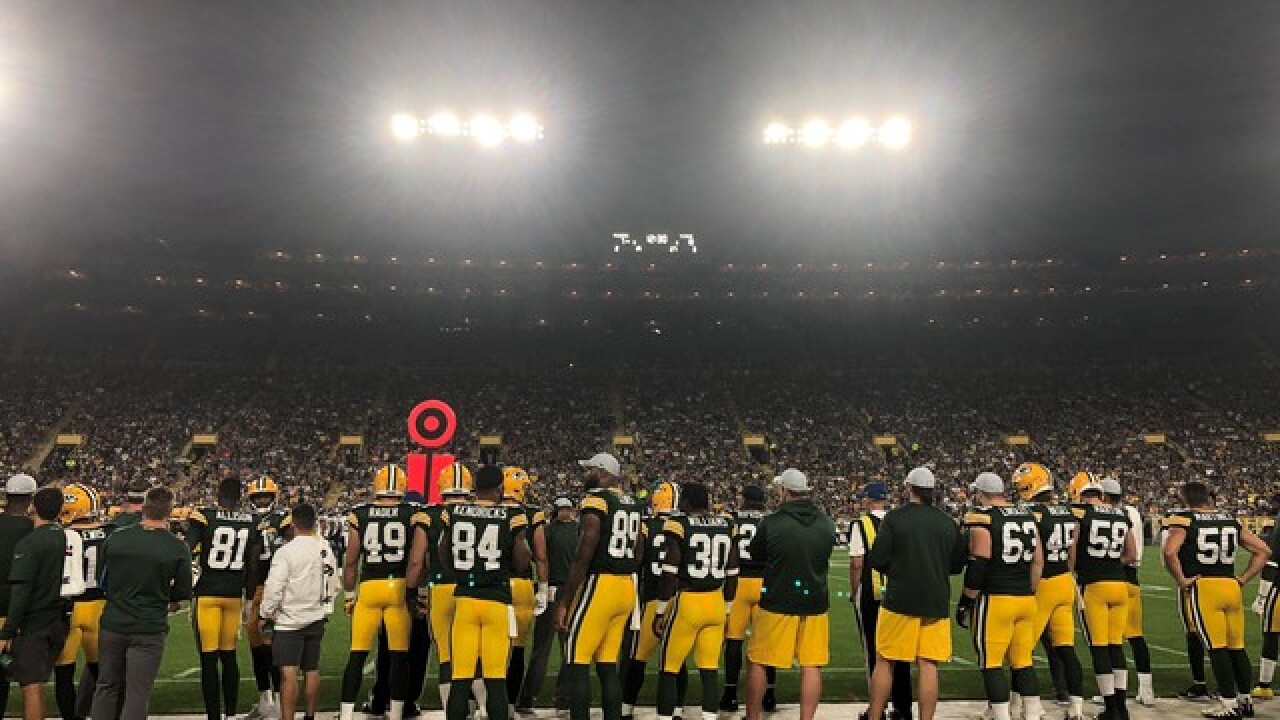 They had impressive preseason debuts before the Packers pulled away in a matchup of the backups for a 31-17 win on Thursday night.

Mariota was 2 of 3 for 42 yards with a 4-yard scoring pass to Darius Jennings on the opening drive of Mike Vrabel's first preseason game as Titans coach. Mariota also had one carry for 7 yards before leaving after the nine-play series.

It was a nice, if brief, start for Mariota. He's picking up a new scheme under his third head coach in four seasons.

Quarterback Aaron Rodgers was one of many Packers starters to sit out. But backup Brett Hundley showed glimpses of improvement under center, going 6 of 8 for 95 yards and an 8-yard score to running back Jamaal Williams on the drive after Tennessee's score.

Hundley did his best impression of Rodgers by hitting Adams in stride down the left sideline for a 48-yard completion. The Packers' No. 1 receiver had a step on new Titans cornerback Malcolm Butler before getting pushed out at the 3, setting up Williams' score two plays later.

"I thought he had a couple drives, obviously the big play, and that's what this game is all about," coach Mike McCarthy said. "You've got to hit your big plays."

Hundley also threw an interception. But It was a promising outing overall for him after the Packers struggled to move the ball through the air when Hundley was under center while Rodgers was sidelined with a broken collarbone in 2017.

Hundley, who is competing with DeShone Kizer for the backup job, got the start and played well into the second quarter. Kizer went 9 of 18 for 134 yards, hitting rookie Marquez Valdes-Scantling for a 51-yard gain to the Titans 11 in the third quarter.

Veteran Kenny Vaccaro started alongside All-Pro Kevin Byard at safety and had one tackle after playing into the second quarter. Formerly of the Saints, Vaccaro signed on Saturday after the Titans lost starter Johnathan Cyprien last week to a torn left ACL.

Titans: WR Corey Davis dressed and warmed up but did not play. The Titans' top wideout did not practice Monday or Tuesday after leaving practice early Saturday. ... S Dane Cruikshank (left shoulder) walked off after landing hard on the turf while trying to recover Quentin Rollins' fumble on a punt return.

Packers: S Jermaine Whitehead (back) left in the second quarter. S Josh Jones walked back to the locker room in the third quarter to be evaluated for a concussion. ... WR Randall Cobb (ankle) and DL Mike Daniels (quad) were among 18 Packers who did not dress.

There were no apparent displays of protest by players on either team during the national anthem.

That, my friends, is how you finish. Marquez Valdes-Scantling has had two huge catches for the #Packers tonight, that TD catch bringing down the DB's arm with him and that 51-yard bomb earlier. Both are a glimpse of his promise, if he can stay consistent.