Man rescued just in time before fire spreads to home 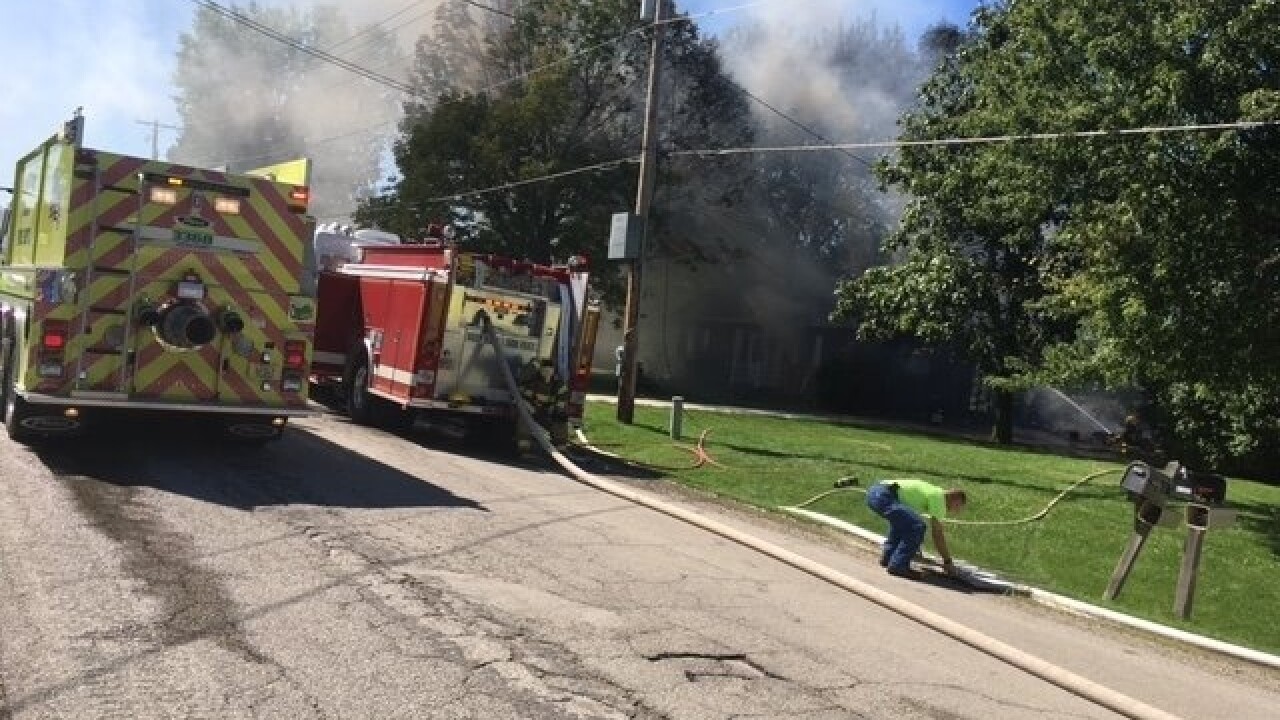 An elderly man was rescued after a detached garbage caught fire and began to spread to the home.

The fire broke out in the Town of Vandebroek Thursday afternoon on Maloney Road, just outside the Kaukauna city limits.

Police say Kaukauna Police Officer Charlie Vosters was just a few blocks away and was the first emergency personnel to arrive on scene.

Heavy smoke and flames could be seen from a detached garage. Officials say Officer Vosters saw it was close to a house.

A woman outside the home said her elderly husband, who has health conditions and difficult time walking, was in the home sleeping.

Officer Vosters and an unknown bystander entered the home and got the man safely out of the home. The room the man was sleeping in became fully engulfed with flames shortly after.

No one was hurt in the fire. The cause is under investigation.