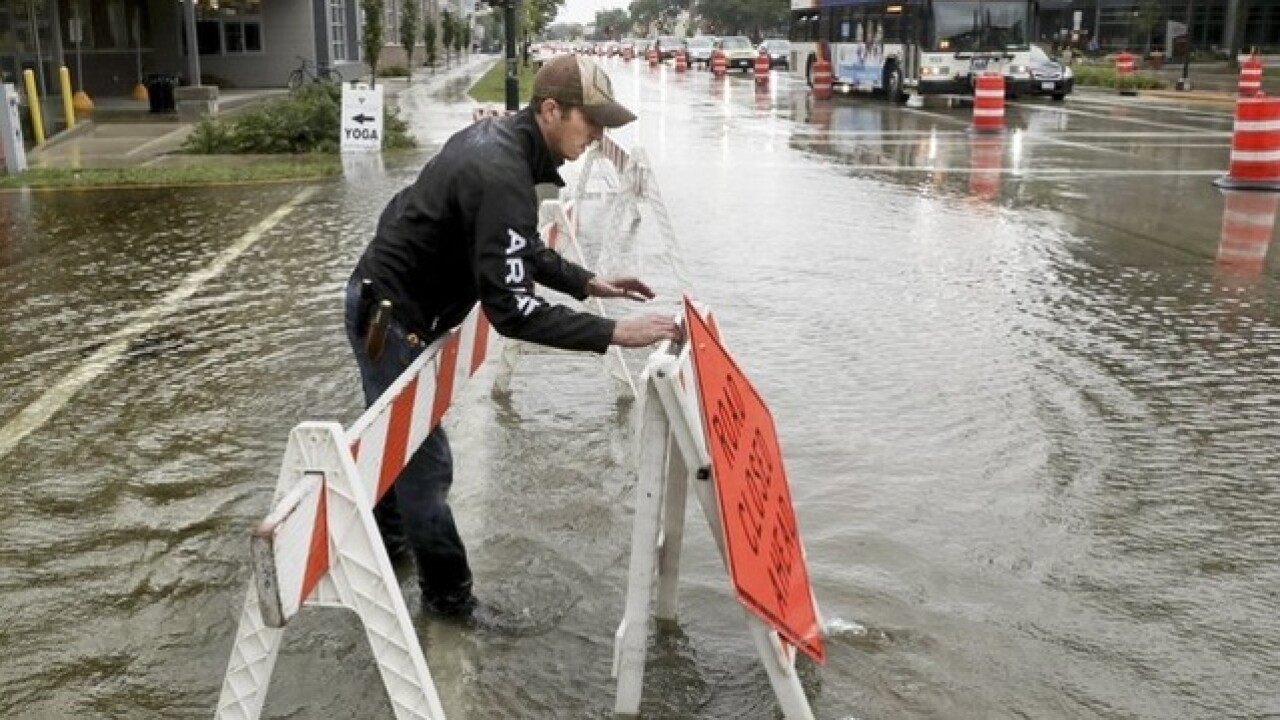 MADISON, Wis. (AP) — The Latest on widespread flooding in Wisconsin (all times local):

Officials in Wisconsin’s flood-ravaged capital city of Madison are warning residents to be ready to evacuate as another round of rain heads toward the state.

Torrential storms on Monday dumped more than 11 inches (28 centimeters) of rain in some areas of Madison and surrounding Dane County, causing widespread flooding that claimed one man’s life.

Forecasts call for another round of showers and thunderstorms Friday night.

Madison Mayor Paul Soglin told reporters that city workers are placing warnings on the doors of 1,700 homes notifying those living there that they’re in danger of being flooded and should be ready to leave for higher ground, if necessary.

Officials say this week’s flooding in southern Wisconsin has caused more than $100 million in damage, and more rain is in the forecast.

Dane County Executive Joe Parisi says the initial damage assessment in Madison and the surrounding county is $108 million following the torrential rains that dumped more than 11 inches (28 centimeters) of rain in the area Monday and Tuesday.

The deluge washed out roads, flooded homes and caused one death.