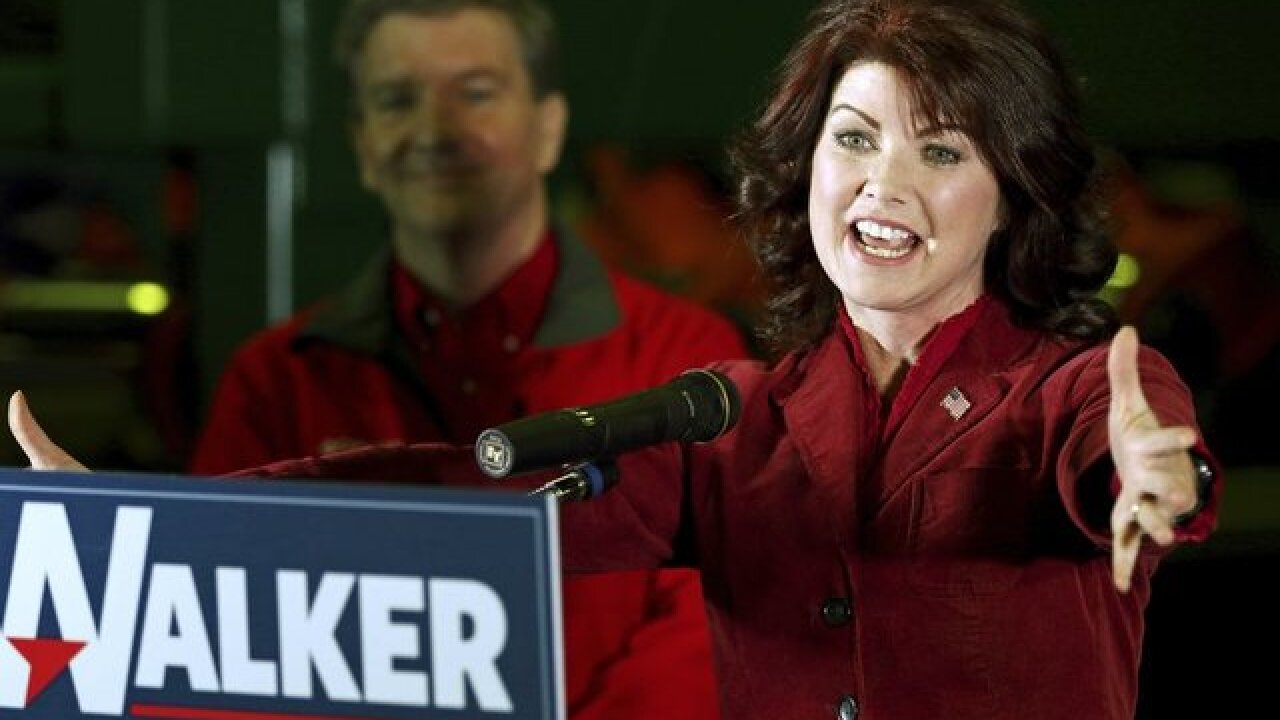 Copyright 2018 Scripps Media, Inc. All rights reserved. This material may not be published, broadcast, rewritten, or redistributed.
<p>FILE - In this Nov. 6, 2017, file photo, Wisconsin Republican Lt. Gov. Rebecca Kleefisch speaks during a campaign stop in Eau Claire, Wis., as part of Gov. Scott Walker’s statewide re-election tour. Democratic candidate for lieutenant governor Mandela Barnes says claims by Kleefisch that he knelt during the national anthem at the opening of the Wisconsin State Fair are “crazy.” Barnes denies it and says he always stands for the national anthem. (Marisa Wojcik /The Eau Claire Leader-Telegram via AP, File)</p>

Republican Lt. Gov. Rebecca Kleefisch has apologized to her Democratic opponent for repeatedly claiming that he kneeled during the national anthem despite his denials.

Democratic lieutenant governor candidate Mandela Barnes has called the accusation a lie and said he’s never kneeled for the anthem.

Kleefisch tweeted two weeks ago and said again on Monday that someone had told her they saw Barnes kneel during opening ceremonies of the Wisconsin State Fair this summer. But she offered no proof.

Kleefisch on Tuesday said on WTMJ radio that in the face of Barnes’ repeated denials, “I have to believe him and I have to apologize for something I was told.”

Barnes did not immediately respond to a request for comment. Barnes on Monday called her claims “crazy.”