YWCA continues "Where We Live" series on localized systemic racism 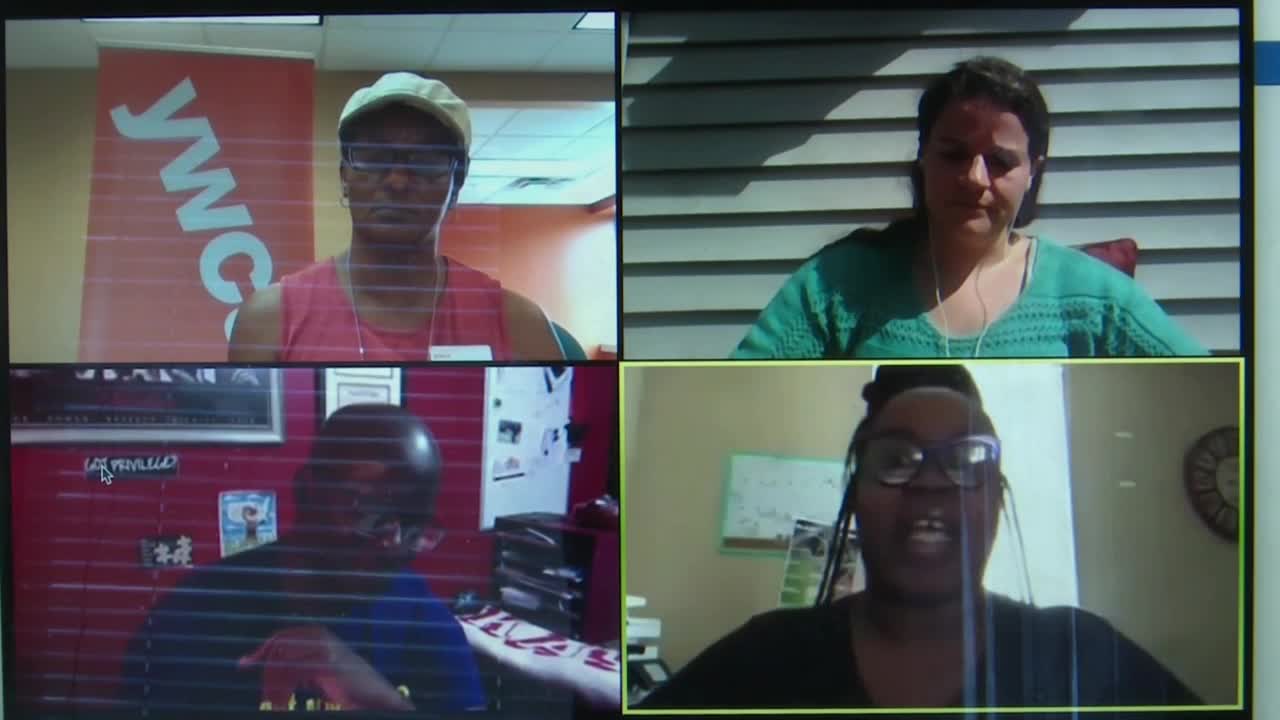 GREEN BAY, Wis. (NBC 26) -- With virtual programming, the YWCA has committed to hosting local activists and stimulating dialogues about local and national examples of what they say is systemic racism.

The goal is "for the citizens of Green Bay to see culture more deeply and how that shapes who we are as people," Andrea Huggenvik, social justice program specialist said. "I think so many people see the way we do things as the way to do things, when that's not true. There's lots of ways to do things that all of their own pros and cons, and that's okay."

Huggenvik has planned conversation-based programming for the YWCA of Green Bay through the fall that she says tries to meet people where they're at in various stages of recognizing racism, from beginners to experts.

"The world of diversity and inclusion can be really scary for people, because you see people who say 'We've gotta be loud and proud and out there,' right?" Huggenvik said. "Where so many people I think are sitting there saying, 'I don't know that I'm ready for that.'"

The YWCA's "Where We Live" series focused on localized examples of what leaders point to as systemic racism. On today's virtual roundtable, Robin Tinnon, executive director of We All Rise, an African American resource center in downtown Green Bay, highlighted a growing case of black evictions in the community that she says has been happening around the coronavirus pandemic.

"Black people are disproportionately affected by COVID," Tinnon said. "I'm saying right now that we have a lot of black families that have grown up in this community, have invested in this community, for a really long time, and are having fresh evictions in our courtrooms with no reasoning why."

Huggenvik also thinks that white locals could learn about diversity of culture from the large Hmong community.

"We talk about Hmong families and how Hmong families tend to be intergenerational and have three or four generations living in one household," Huggenvik said. "Super appropriate for them, it's very normal for them, it's the way they used to live in Laos ... but white culture makes fun of that, right? Like we make movies about failure to launch. We write thought pieces about how millennials are ruining the world by moving back in with their parents after college."

The YWCA's "Where We Live" and "No Wrong Thing" series are discussions focused on the local community.

"All of our panelists are from here in Green Bay, we're really looking at Green Bay" during those events, Huggenvik said.

For those looking for a larger discussion about national issues, Huggenvik points to their "Stand Against Racism" events, where "we're pulling in panelists from all over the county and it's a much bigger picture conversation."

The YWCA has been streaming all virtual events on their Facebook page as well as extending public invitations for the moderated Zoom roundtable.