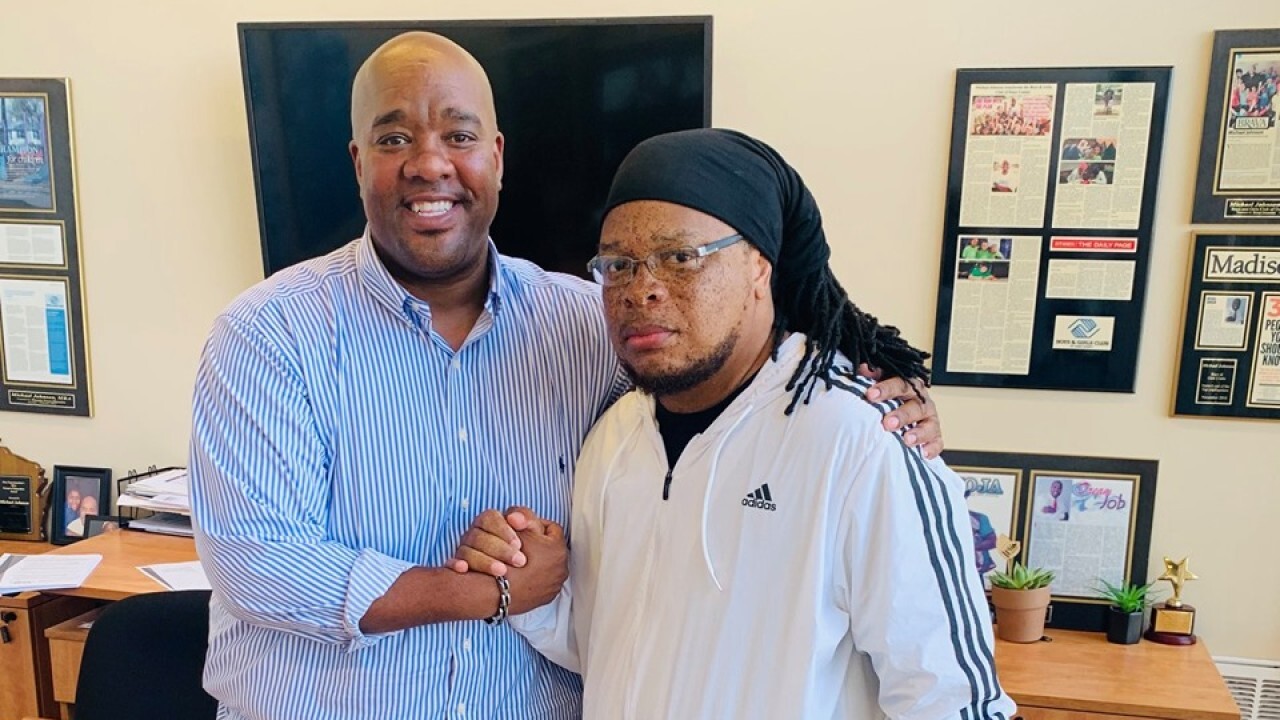 MADISON, Wis. (AP) -- A black Wisconsin security guard who was fired for repeating a racial slur while telling a student not to use it says he's not angry because he's gotten "a busload of love" from supporters.

Marlon Anderson told WMTV-TV on Sunday that he hasn't had time to be upset because of support he's gotten. He says people have stopped him on the street to hug him. Students from Madison West High School also staged a walkout Friday to support him.

Anderson says he was responding to a call Oct. 9 about a disruptive student when the student, who is black, called him obscenities, including the N-word. Anderson told the student not to call him that, repeating the slur.

The school fired Anderson on Wednesday, but the Boys & Girls Club of Dane County hired him and he's starting Monday.