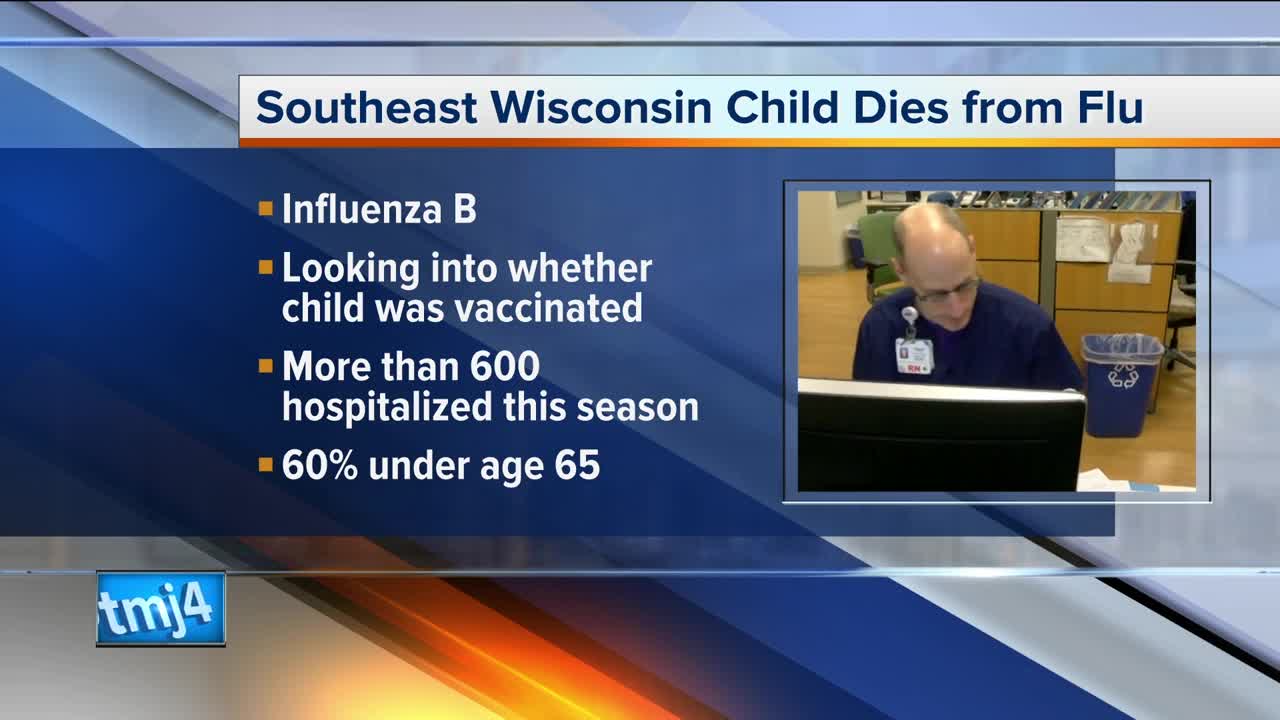 Wisconsin Department of Health Services reports a child in the southeast region of the state has died from the flu.

Wisconsin Department of Health Services reports a child in the southeast region of the state has died from the flu.

State health officials said the child was under 10 years old, became very sick quickly and passed away on the ride to the hospital.

The death marks the 15th in the state this season, but the first child. The season started in October and runs through May.

#BREAKING: @DHSWI reports 1st pediatric death in the state from the #flu this season. They say the child was under 10-years-old and from the Southeastern Region of #Wisconsin. @tmj4

Officials said the child had Influenza B and that they’re still looking whether the child was vaccinated as the family moved to Wisconsin a couple of months ago.

So far this season, there have been 622 total flu hospitalizations. 97 of them were admitted to the intensive care unit. Officials said 60 percent of the patients were under 65-years-old, but usually it’s the other way around.

Influenza Surveillance Coordinator Tom Haupt said this season kids are getting hit hard, with the flu and other respiratory viruses.

“Historically, Influenza B is not as lethal, but again when it's circulating in conjunction with other viruses it can become very serious to those who are at risk of complications,” Haupt said.

He doesn’t believe we’ve reached the peak of the season just yet, so he said the best way to protect yourself and your children is by getting a flu shot.

“If your child has not been vaccinated they're obviously at a higher risk, especially under five-years-old, if they're in daycares or kindergartens where they congregate together. We want to be sure that again we vaccinate not only for ourselves, but that we protect the other children around them,” Haupt said.

It's still possible to get the flu if you've been vaccinated, but it's usually much milder. Also, it's important to know that it takes two weeks to get full protection from the vaccine.