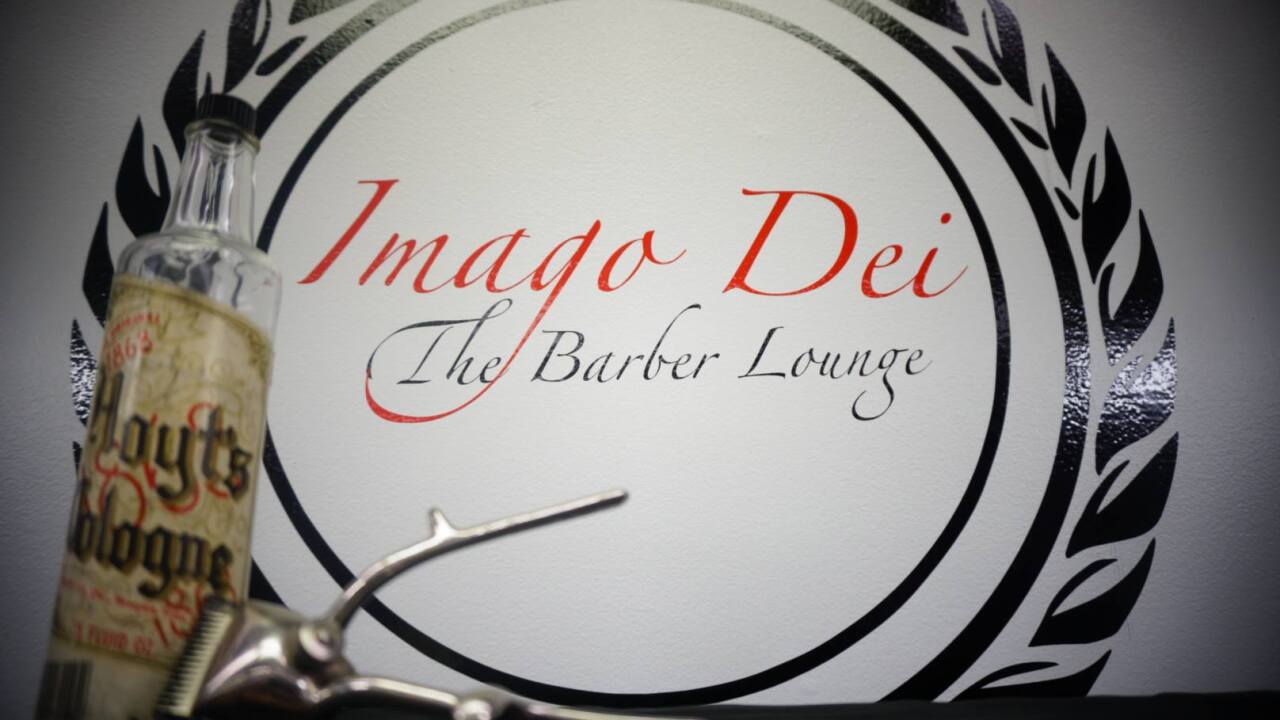 GREEN BAY, Wis. (AP) — It’s a Wednesday morning in Green Bay, and 10-year-old Kareem Nardi and his dad are getting haircuts.

Owners and barbers Albert Walker and Jason Williams chat with the pair, who sit side by side wearing matching black smocks inside Imago Dei The Barber Lounge. Their clippers buzz and vibrate as they shape and trim away.

Nardi’s father, Antoine Harand Harris, catches up and jokes as ESPN plays in the background.

This makes Williams grin. It’s the exact feeling the pair of barbers hoped to inspire when they opened the shop in the summer of 2017.

For Harris, the shop is a safe space for black men. This is a common sentiment among patrons of Imago Dei and other barbershops around Wisconsin. In cities like Green Bay, Appleton, Oshkosh and Sheboygan, black-owned barbershops offer much more than haircuts.

In small- and medium-sized communities, however, where diversity is on the rise but people of color are still a distinct minority, barbershops like Imago Dei serve as informal meeting places for communities of color. They allow individuals to forge bonds and build relationships with other people who look like them and share their cultural roots.

During Black History Month, USA TODAY NETWORK-Wisconsin took a closer look at three barbershops owned by people of color and the roles they play in our communities. The black-owned barbershops in Wisconsin can trace roots back to the earliest days of African-American community building.

Barbering as a means of building community dates back to the late-19th century, says Quincy Mills, an associate professor at Vassar College.

Mills’ book, “Cutting Along the Color Line: Black Barbers and Barber Shops in America,” details the history of barbershops from the pre-Civil War era to today.

Before the Civil War, barbering was a servile profession typically relegated to slaves, Mills said. Barbers were often black but their customers were mainly white.

After the Civil War, however, a new trend formed. In the 1890s, black barbers in the South started serving black customers.

There were several reasons for this shift, Mills said. White German, Irish and Italian barbers were much more willing to cut hair than their pre-Civil War counterparts. White customers could now get their hair cut by white barbers. Second, many of the children born after the Civil War, which ended in 1865, were coming of age and becoming entrepreneurs. They saw the barbershop that catered to black patrons as an accessible avenue for their pursuits. Last, this was the start of Jim Crow laws which segregated black and white people in America.

During the Great Migration, African-Americans visited barbershops to get a better understanding of what was happening around the country. In the South, African-Americans would go to the barbershop and share letters from family or friends who’d moved north. They also read black newspapers like The Chicago Defender and The Pittsburgh Courier, Mills said.

“Barbershops, much like churches, provided a community space for folks to come together and to gather and talk and understand the world,” Mills said.

Growing up on the South Side of Chicago in an area known as the wild 100s, Walker said there were always lots of other black people around.

That changed, however, after his sister married a Wisconsin man and his mom decided to relocate as well. She encouraged him to join them. She wanted her son to leave Chicago before he was killed or thrown in jail forever.

“I was in the streets pretty hard,” he said.

So in 2002, he moved to Green Bay and left the South Side behind him. The cultural landscape in Wisconsin was drastically different and Walker said it took some getting used to.

“My mom told me: ‘Boy, wherever you go you take you with you,’” he said. “I had to come and learn to live differently and acclimate to this community.”

Once he was able to get his bearings on how things worked in a less diverse area, he wanted to help others adjust in a couple ways.

First, he wanted to offer a space where black people could visit with their peers and be comfortable enough to unwind and talk about their lives, struggles and joys. Second, he wanted to connect different people who might not otherwise have found each other.

Walker told a story about a young customer who had been struggling legally and was trying to get custody of his daughter from the child’s grandmother. Walker said the young man seemed distraught.

Out of sheer coincidence, there was a child psychologist getting his hair cut in the next seat. As he heard the young man’s story, the two connected. The doctor later agreed to be a character witness for the man in his fight to get his daughter back.

Walker said he’s witnessed many similar events at barbershops over the years.

“It’s that central space where you can deal with life issues and you can come in alone and you can hear others’ opinions,” Walker said.

Over the years he’s worked with clients of all races and walks of life.

Before opening his barbershop, Walker cut hair out of his home. Many players would come and get their trims while discussing their lives, struggles, goals and identities. He knows many of their families and they know him because of the trust they’ve built over the years.

Walker said hair is a big part the African-American identity, so when people find a barber, they usually stick with them. (This concept served as the basis for an early episode of the sitcom “Black-ish,” in which the main character, Dre, considers “breaking up” with his longtime barber but simply can’t. For many black men, when you commit to a barber, it’s for life.)

One of Walker’s strongest relationships is with defensive end Mike Daniels. It started when Daniels first moved to Green Bay. He asked a teammate to recommend a barber and received Walker’s number in return. After Walker cut his hair for the first time, the duo bonded over their faith.

“God has been a very strong focal point of our friendship,” Daniels said. “When you come in here, you’re going to hear the Word.”

The pair have become such good friends that Walker even officiated Daniels’ 2014 wedding.

Daniels said Imago Dei is now a place where Packers players and their families feel welcome. There is a private room where players can get their hair cut, but many, including Daniels, prefer the traditional barbershop feel of the front room.

“You want to be in the atmosphere of the barbershop because it makes you feel at home,” he said. “It’s really cool to get somewhere we can feel part of the community and we feel accepted by the community.”

Walker encourages anyone who is new to an area to visit its barbershop.

“That’s where you’re going to find out what’s going on in that city. They’re going to tell you what neighborhood not to go into,” Walker said with a chuckle. “The heartbeat of the city is going to be there.”

Daniel Greer grew up in Milwaukee but moved to Sheboygan in 2009. He opened Elite Barbershop over two years ago in downtown Sheboygan. Like Walker, he set out to create a space where everyone, particularly people of color, can feel at home.

On a quiet Tuesday morning, he was cutting the hair of Andy Castro, a 20-year-old from Colombia. Castro told Greer about his interest in film and photography. Greer offered to connect his young customer with a relative in California who recently worked on the Marvel film “Avengers: Infinity War.”

Greer, a passionate entrepreneur, is working to launch an informal weekly meeting where he can give advice to anyone — particularly people of color — thinking of starting a business in the area.

In 2017, it became easier for entrepreneurial barbers like Greer to own and operate their shops after the Wisconsin Legislature passed a bill that eased restrictions on new barbershops.

Under the old law, barbers could not open their own shops without completing 4,000 hours of work in another licensed barbershop and going back to school to get a managerial license.

Under the new law, barbers no longer need a managerial license to own and operate their own stores and their credentials from other states are now accepted in Wisconsin. This allowed a new generation of black barbers, like Greer, to create community spaces in their towns.

In Appleton and Oshkosh, Rich Mitchell — known as “Barber Rich” to friends and community members — owns barbershops where similar phenomenon are taking place.

Mitchell, who is Latino, said that when he set about opening his first barbershop about two years ago, he also had the desire to embrace the diversity of his community.

“My barbershop is based on bringing people together,” he said.

Every summer, Barber Rich and his business put together a massive picnic for people in the Oshkosh community called Party in the Park with Rich’s Barber Shop.

“Everybody’s able to be there for free. We got DJs, bouncy house, sports,” he said. “It’s just to bring everybody together to have a good time.”

Mitchell said his barbershops are good meeting spaces for people because everybody comes in.

“You get community leaders in the barbershop. You get pastors, you get priests. You get judges and lawyers,” he said. “You get a lot of people, so if you have one person that has an issue with someone, you can get the people together and you can connect them.”

He said he has tried to create an environment where everyone is welcome.

“We get old white people in here to old black people in here and they feel so comfortable when they walk in here. Their kids feel comfortable,” he said. “I greet everybody. Even if they’re not my client, I greet them with hugs.”