What to know about President Trump's visit to Northeast Wisconsin 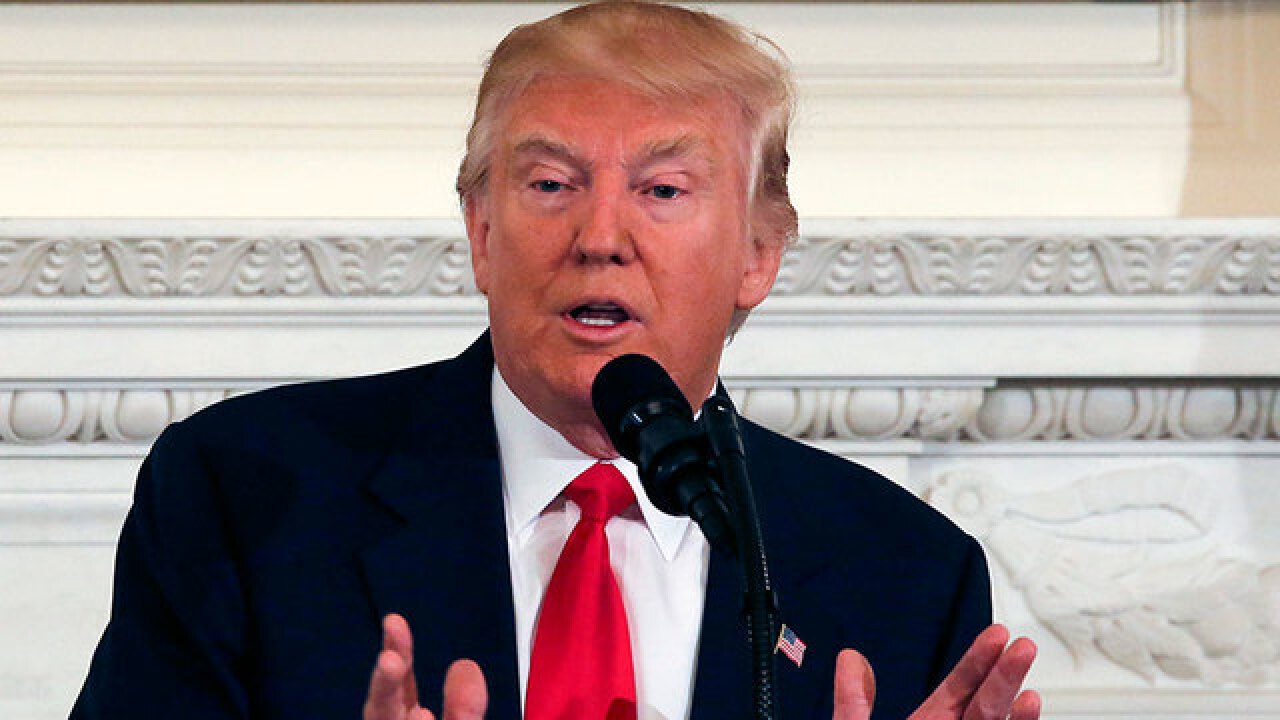 Marty Piette, the airport director at Green Bay Austin Straubel International Airport, said people from the White House and Secret Service were in town Wednesday getting things set up and ready for Trump's arrival.

"It's great. We've done it, probably once a year the president will come to Green Bay, to GRB specifically. So it's a lot of activity, a lot of commotion, but it's also a lot of fun. It's very serious. We do quite a bit of planning, and we've been doing this since Friday already. But we're well prepared and really excited for it," added Piette.

He said Trump is expected to arrive in the early afternoon and and go to Jet Air Group at the airport where Sean Hannity with Fox News is hosting a Town Hall with Trump.

According to Eventbrite, ticket reservations are no longer available. Doors open at 10 a.m. and close at 1 p.m. The town hall is expected to be taped from 1:30 until 2:30 p.m. It will be aired on Fox News Channel at 8 p.m. CT Thursday.

Piette said after the town hall taping, Trump is expected to head to Marinette where he will tour the Fincantieri Marinette Marine shipyard. The White House said he plans to discuss the contract recently awarded to the Marinette Marine to build up to ten new ships for the U.S. Navy.

James Fitzgerald, the chairman of the Republican Party of Brown County, said Trump is expected to talk with people at Fincantieri, including management. This event is private.

"It's an exciting day, Whatever your political persuasion, anytime the president or the vice president comes to the state of Wisconsin or your home state, those are exciting times," added Fitzgerald.

As of 12:35 Wednesday, the Brown County Sheriff's Office said it appears there will be no road closures. Piette also said he doesn't expect public roads to be closed. The Wisconsin Department of Transportation said if the motorcade goes from Austin Straubel International Airport to Marinette, motorists should expect ramp and lane closures between Green Bay and Marinette.

Piette said they are preparing for supporters and protesters so there will be an increased police presence at the airport.