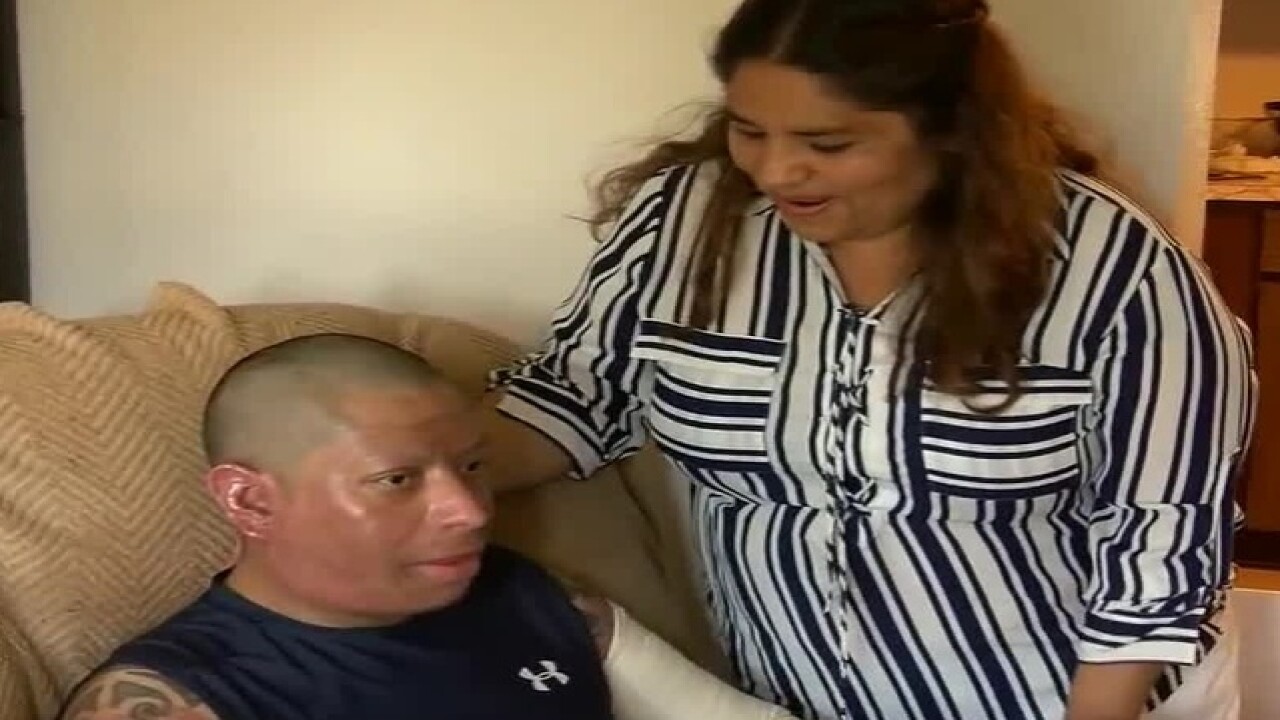 It's been a little more than a month since the deadly corn mill explosion in Cambria.
The CEO of Didion Milling, Inc. - John Didion -  addressed the Cambria Village Board Monday evening. The same day, the last Didion employee to be released from the hospital, spoke exclusively with our sister station, TODAY's TMJ4 reporter Katie Crowther.
Rene Alva, 33, has worked for Didion for almost 13 years. It's too painful for him to talk about the explosion that killed some of his coworkers and friends, and nearly killed him.
Alva has a long road to recovery. Most of his body was severely burned, including his lungs. He will have to undergo many skin graft surgeries.
Despite the pain, he's thankful to be alive, and back home with his wife and two young children.
"They are who I thought of," he says, while holding back tears. "To keep fighting."
More than a dozen of Alva's co-workers were also injured in the explosion. Five of them died.
"In the past month, I've attended five funerals," John Didion says. "None of them have been easy. We are a family. This has been the hardest thing of my life, no question about it."
Didion updated the Cambria Village Board on the status of the corn mill.
All of the injured workers are out of the hospital, and the rest of Didion's employees are back to work. Some of them are working on clean-up efforts in Cambria, while others have temporarily been relocated to other Didion locations in Wisconsin.
Didion has reached out to other companies near Cambria, asking to put Didion employees to work at their facilities, while Didion continues to pay their salaries.
"We want to make sure their benefits stay in order. Their health care and 401K, and make it as convenient for them to be able to be employed when there's a position open again," Didion says.
The cause of the explosion is still being investigated. OSHA and the Chemical Safety Bard are on-site compiling interviews and reviewing data. They have six months to complete the investigation.
"There's no one that's more interested in finding out the cause, than us," Didion says.
The demolition of the mill that exploded will begin on July 10th. That is expected to take a week or two. Then, the operation in Cambria will be back up and running. Didion is also planning to rebuild the mill with state-of-the-art equipment and technology.
Crisis counselors have been meeting with Didion employees, including the injured. Just in the past month, those crisis counselors have logged more than 300 appointments. County health workers are providing additional support.
Copyright 2016 Scripps Media, Inc. All rights reserved. This material may not be published, broadcast, rewritten, or redistributed.