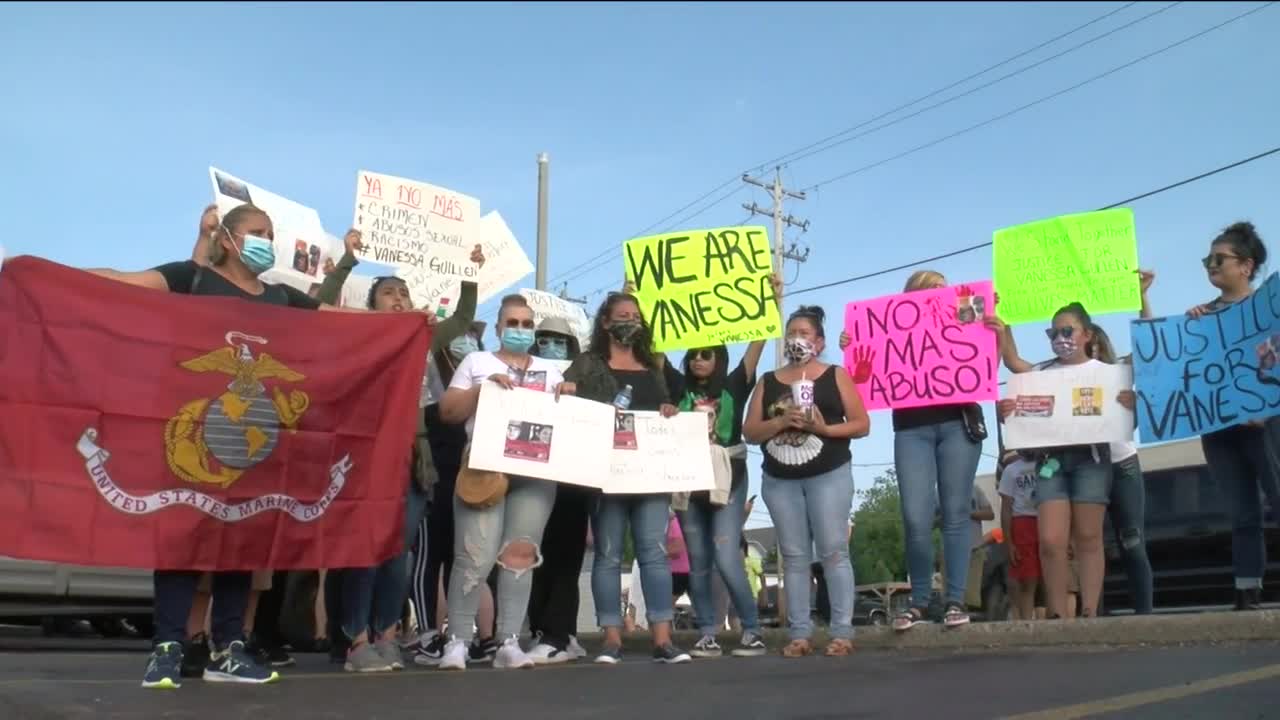 A UW-Milwaukee lecturer is now saying her message was misinterpreted after receiving backlash for her Facebook comments about sexual harassment in the military.

Screenshots show Betsy Schoeller posted in a Facebook group called "Veteran Humor," where she wrote the following comments: "You guys are kidding right? Sexual harassment is the price of admission for women into the good ole boy club. If you're gonna cry like a snowflake about it, you're gonna pay the price."

The comment was made in reference to an article posted about Army Private Vanessa Guillen. Federal investigators believed she was killed by a fellow soldier after disappearing from Fort Hood back in April. Her family says her remains were discovered on Sunday. While investigators don't have proof, Guillen's family says they believe she was being sexually harassed.

Schoeller released a statement on Sunday, offering condolences to the Guillen family and writing in part, "I am shocked and saddened that my original post was interpreted out of context.

The point I was making is that this is what women are facing in a culture of sexual harassment and misogyny."

Schoeller goes on to write in part, "I do not believe in or support sexual harassment. Quite the opposite. I’ve seen the toll it takes on individuals and entire units. But I know it’s still here. Because SPC Guillen is not here."

A spokesperson for the Wisconsin National Guard says Schoeller is a retired colonel.

UWM student Emily Cruz started a petition calling for Schoeller to lose her job. As of Sunday night, it had more than 124,000 signatures.

"The university shouldn’t stand by someone who says what they say and represents that kind of culture," Cruz said.

In a statement UWM called Schoeller's comments "beyond thoughtless" and "terribly at odds" with the university's values.

The university says it legally cannot fire Schoeller, citing the First Amendment and writing, "UWM cannot regulate the private speech of its employees."

"We’re just holding her accountable as an educator to know to say the right thing ,and she said it in such a demeaning way that it’s just not ok with us," Cruz said.

On Sunday afternoon, a group of people marched on Milwaukee's south side demanding justice for Guillen.

"We want answers if your recruiters are going to come knocking on our door to take our children to go into the military," said Blanca Sandoval, whose daughter serves in the military.

"First, may I please offer my sincere condolences to the family and loved ones of Specialist Vanessa Guillen. I am deeply sorry for your loss and pray that you find justice, and over time, some solace and peace.

I’d also like to offer my sympathies to all victims, women and men, of sexual harassment and sexual assault. NO ONE deserves to suffer this violation, under ANY circumstances.

When I was on a private Facebook page for veterans, I saw the article about SPC Guillen’s death and was shocked, horrified, and sickened by the tragic loss of this beautiful woman soldier. It was so brutal and so senseless. Senseless. We all try to make sense of these kinds of events. I continued reading, hoping to find some meaning in what others were writing about the article.

That’s when I saw a posting written by Zach Bigger, who was clearly searching for meaning as well. He was asking questions about ‘how’ this could have happened, and ‘why’. I knew immediately how and why. Because of the continued culture of sexual harassment in the military.

So, I posted a reply to Zach Bigger, “Sexual harassment is the price of admission for women into the good ole boy club. If you’re gonna cry like a snowflake” (or any other demeaning term), “you’re gonna pay the price.” I did not mean to imply that this is how I feel. I wasgiving voice to the messaging that women hear in the culture of sexual harassment: The message we receive from the culture is not only will you suffer from sexual harassment, if you squawk about it, you will suffer even more. Because it isn’t just the sexual harassment. That’s just the beginning. Then comes the agonizing decision about reporting. Or not reporting. The pressure applied by friends who know about it and only want to help. Having to ultimately stand up to that culture of sexual harassment on your own. Adding suffering on top of suffering. Some endure continued harassment and assault, being forced to work with the perpetrator. Sometimes even death. The sexual harassment culture is still here. That’s the ‘why’ I was looking for.

I am shocked and saddened that my original post was interpreted out of context.

The point I was making is that this is what women are facing in a culture of sexual harassment and misogyny.

It’s not easy to be a woman in the military. Not easy at all. There are some men who have adapted to the idea of working alongside women, but there are just as many who have not. I’ve seen many attempts to squash this harassment culture from the military. Zero tolerance. Reporting procedures. Trained personnel to help guide victims through the process. Sensitivity training for all personnel. Films. Discussions. Focus groups. Role playing. Sometimes as often as every six months. Always hoping that the next thing will be the one to make a difference. Somehow there was always one more case. Now SPC Guillen was dead. And I knew why. Because the culture of sexual harassment was still alive and well, despite our best efforts.

I do not believe in or support sexual harassment. Quite the opposite. I’ve seen the toll it takes on individuals and entire units. But I know it’s still here. Because SPC Guillen is not here.

Again, I am so sorry my words were misinterpreted. I hope this message provides the context that was missing from my original Facebook posting. Individuals cannot change the system alone. We need to stand together to be strong and to focus our energies on making sure that what happened to SPC Vanessa Guillen doesn’t happen to anyone else ever again."