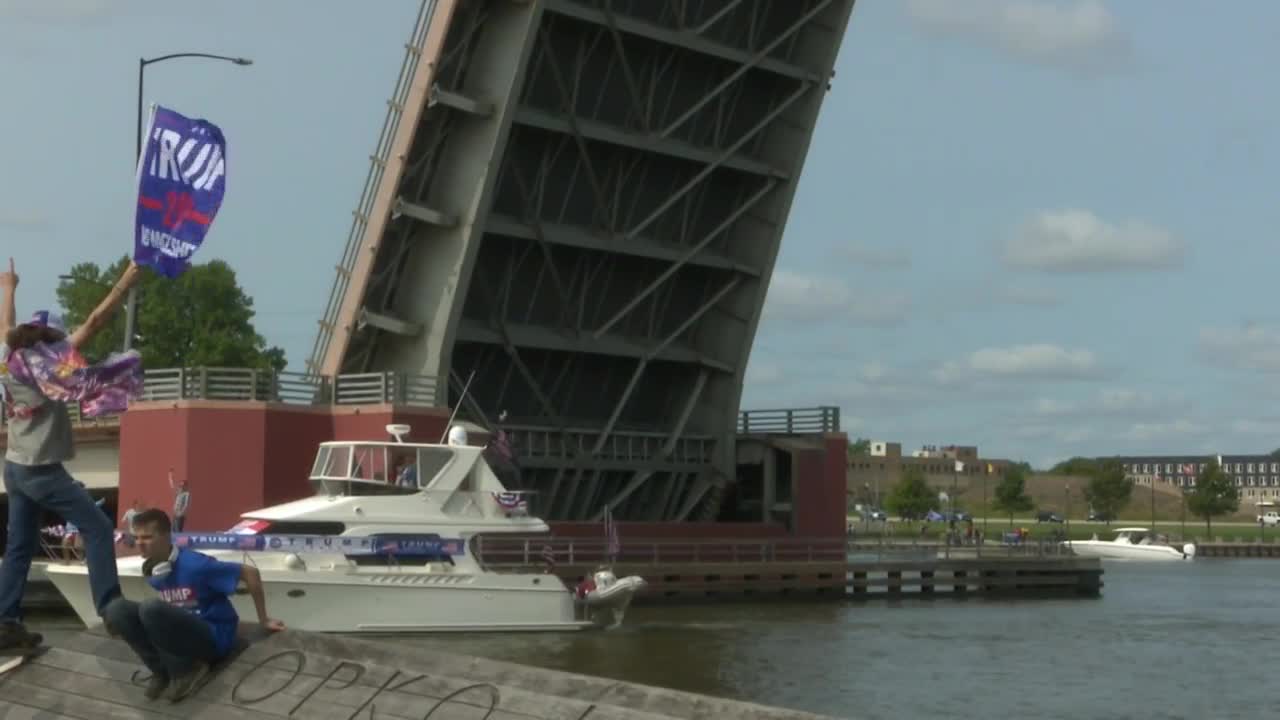 The flotilla launched at the mouth of the river and idled to De Pere.

GREEN BAY (NBC26) -- — While many packers fans were home watching football this afternoon, local Trump supporters took to the water for a political boat rally. The Fox River filled with boats waving flags, blasting music and cheering at everyone watching.

"I'm here to cheer everybody on and cheer for Trump," said Deborah Lynn. “The boats are really fantastic. The boats are wonderful.”

Boats launched at the mouth of the Fox River, idled to De Pere and came back, while supporters gathered on the city deck to cheer them on. Mary Peter says the president has fierce support in Green Bay.

"I've never seen such an event like this," said Peter. "I'm kind of overwhelmed. I'm amazed at how many people are here. And I just think it's cool. I think it's wonderful. The Trump supporters that I know love America, they love their freedoms, they love that he's fighting for us."

Briana Meadors said she supports Trump because he will give veterans like her the health care they need.

In a response to today's boat parade, the Democratic Party of Brown County said they're spending time reaching out to voters to talk about issues that matter, adding, "the flotilla is basically just a publicity stunt and an excuse to get out on the water before the weather turns."

President Trump plans to return to the state this week; he will be in Central Wisconsin for an event Friday night.