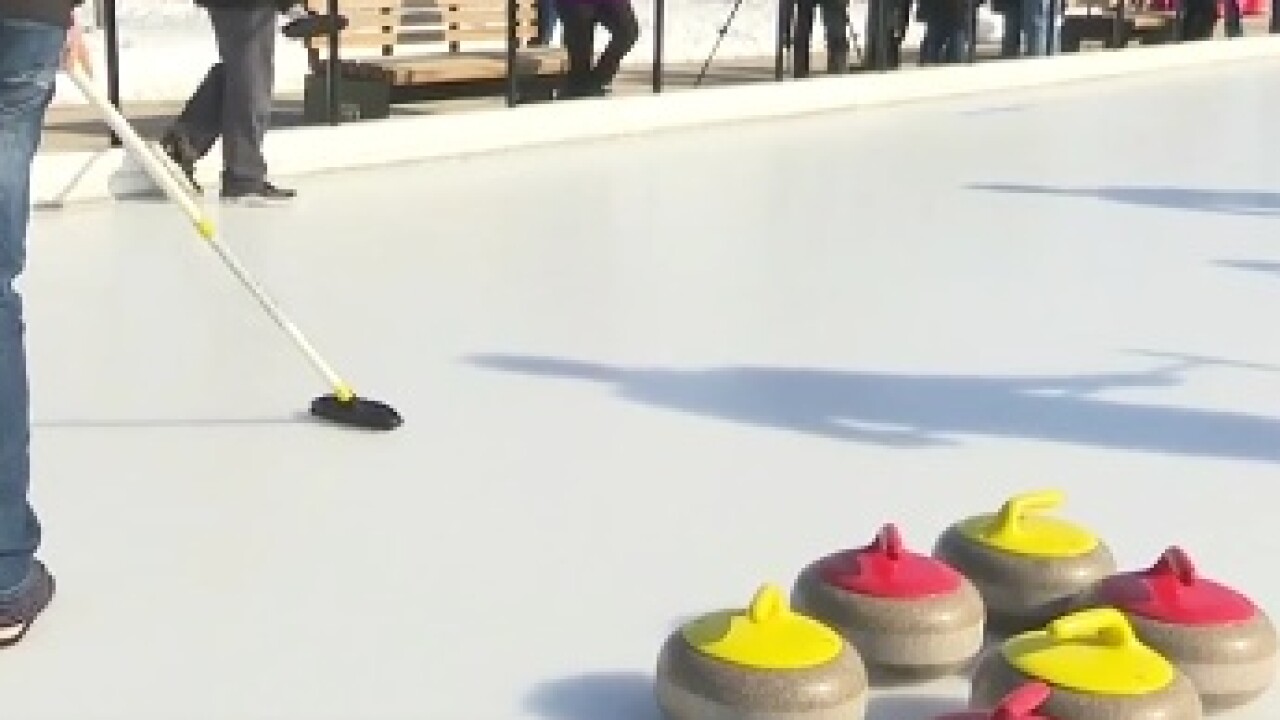 "I think the big appeal is that they're Olympic sports and having access Olympians," said Dawn Ruchala with U.S. Venture who put on the community event with Titletown.

There was a luge course on Airens Hill, curling on the ice rink, and biathlon on the field.

Young athletes dreaming of making it to the Olympics one day were able to learn from professionals who did.

"It's so much fun to be at an event like this where there's a lot of kids who probably and most likely have never seen this sport before. And it's a sport that I had never seen before until I came to a random event to try out for it," said Erin Hamlin a four-time Olympian with the U.S.A. Luge Team.

Participants said they were having a blast trying new sports and learning from the Olympians.

The Titletown Winter Games will be open again on Sunday, February 17th, from noon to 5 p.m.