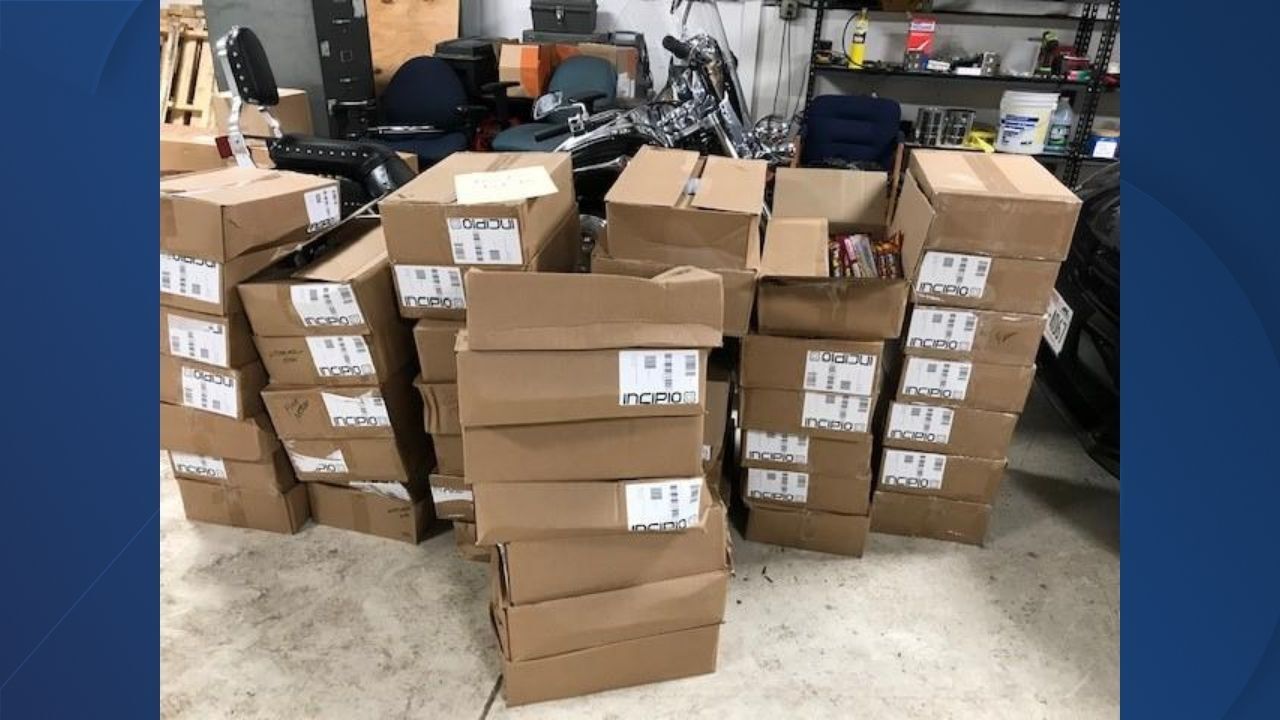 Fox Crossing Police Department
Officials said over $100,000 in cash, a motorcycle, two cars, and hundreds of pounds of THC and THC products were obtained from the investigation as of early August.

FOX CROSSING (NBC 26) — Law enforcement said a 'significant drug arrest' was made in Fox Crossing, leading to three people being arrested as well as the seizure of hundreds pounds of THC and THC products

According to LWAM investigators, the packages were from California shipping to an address in the Village of Fox Crossing. An anticipatory search warrant was applied for and granted on July 20.

LWAM said the Fox Crossing Police Department assisted in the search in which approximately $40,000 and several ledgers for the sale of marijuana was found.

During the search, LWAM said it was determined a second nearby location was also being used for operations. Another search warrant was obtained and executed for the secondary location.

The second search yielded $20,000 located inside of a safe and several drug processing areas, according to officers. The search also revealed several hundred pounds of different types of marijuana including raw leaves, THC edibles, THC wax, and THC vapor cartridges.

LWAM investigators said the marijuana has an estimated street value of over $1,000,000.

Fox Crossing police said all three suspects were arrested and charged with Manufacture/Deliver THC 10,000+ grams, Maintaining a Drig Trafficking Place, and Possession of Drug Paraphernalia. The U.S. Attorney’s Office is reviewing this case for federal charges.

"We will continue to diligently combat the sale and manufacture of controlled substances, along with all other unlawful activity that disrupts and threatens the peace, safety, order, aesthetics, and property values of the Village of Fox Crossing," wrote the Fox Crossing Police Department.