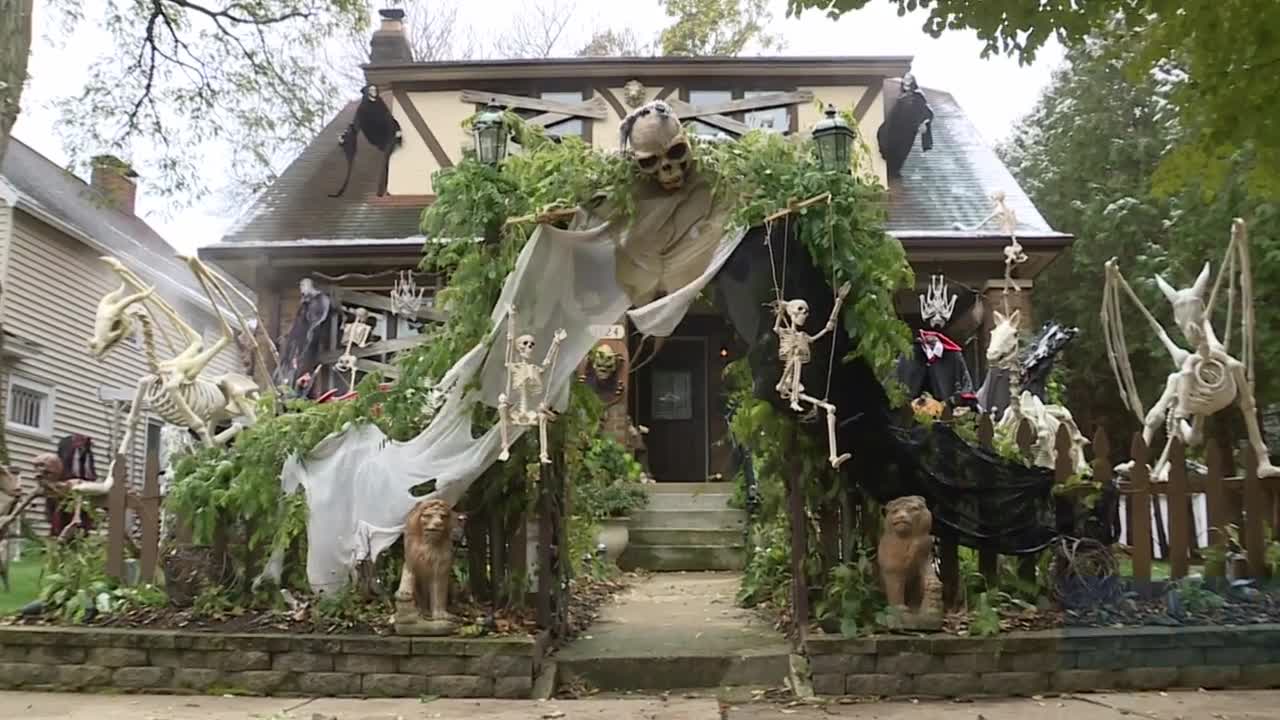 How one local home is getting into the Halloween spirit and adjusting to the pandemic.

GREEN BAY, Wis (NBC 26) -- The spookiest house on the block is ready for trick or treaters

"I love the holiday because it's the one holiday that we have that doesn't have any expectations with it. We can just have fun with it," says Corey.

Fun for Tim includes putting nearly two month's worth of preparations into arranging and assembling his Halloween decorations in his yard.

"About every couple of days there are new things that are out there."

This year Tim's theme is once again different than in years past.

"In the front, we kinda have a story of the battle of the un-dead. Where you have the corpses battling the skeletons."

This is Tim's favorite holiday. He's been upgrading his yard decorations and continually changing them for eleven years running.

"If it scares you, we probably have it. It's always the kids that are all tough, the boys that aren't afraid of anything and then it will be a doll that really creeps them out."

But what scared Tim this year, was whether or not he could even pull this off during the pandemic.

"Sometimes kids won't even come up the walkway, so we'll have to bring candy out to them. So something new this year to help keep social distancing is we are using a candy shoot."

The candy shoot allows everyone brave enough to walk into this yard, a reward for their courage. But this decorated horror show is also is a chance for the folks on the 11-hundred block of Cass Street to forget for a moment how different this holiday is than any year on record.

So, if you need a break from reality, or you just want to be taken aback by the spectacle of this yard, make a trip to Cass Street and check out who hasn't forgotten what the holiday is supposed to look like.