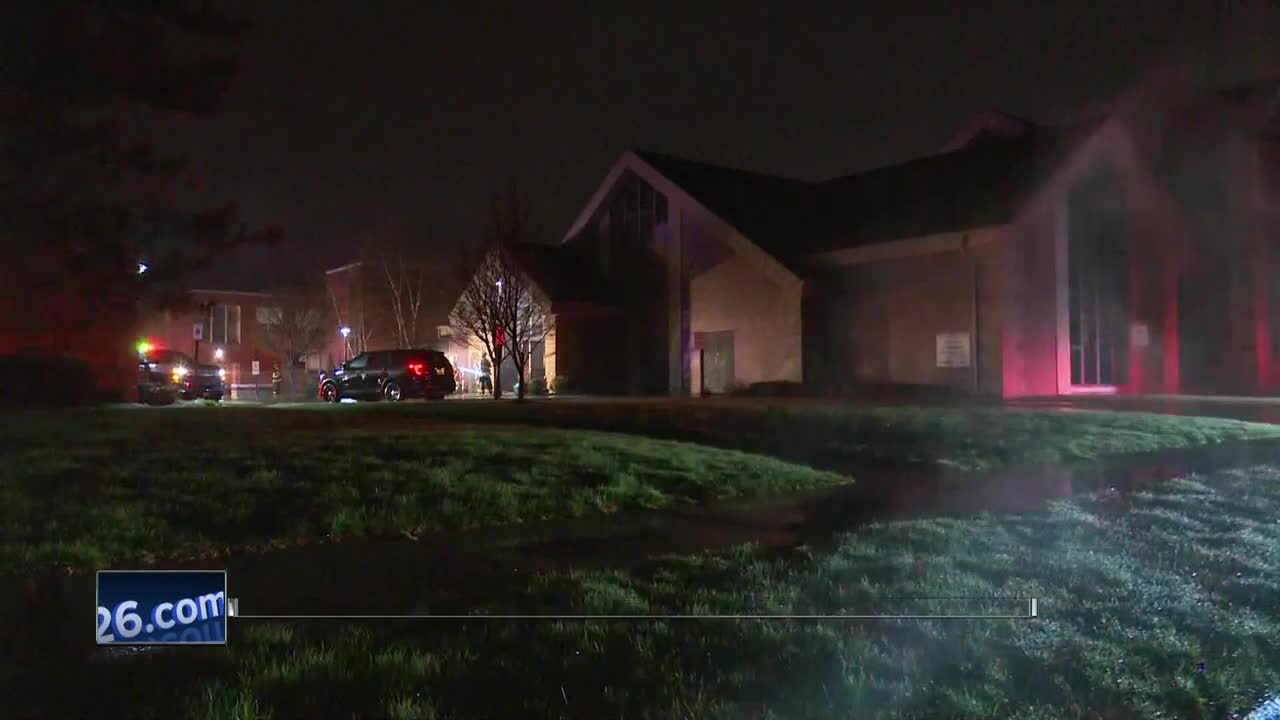 ALLOUEZ, Wis. — Brown County Police and Fire crews responded to a suspected arson incident at St. Matthew's Church in Allouez early Wednesday morning. According to the Sheriff's Office, the suspect committed other acts of vandalism both before and after the fire.

At around 10:30 p.m. Tuesday, one homeowner reported someone had thrown a wine bottle through a glass window.

According to the Green Bay Metro Fire Department, they received a call for fire at St. Matthew's Church around 2 a.m. When firefighters entered they smelled smoke and located a small fire which was contained to the church area.

While searching, they found evidence of forced entry and arson. Authorities believe the suspect broke and entered through a window. Authorities say the suspect burned a Bible and some paperwork in the entryway. Estimated damage is $15,000.

Around 3:35 a.m. authorities received a complaint of a man accused of throwing a large piece of patio furniture through a door.

The Brown County Sheriff's Office says they located the suspect at around 3:41 a.m. His name is not being released at this time.