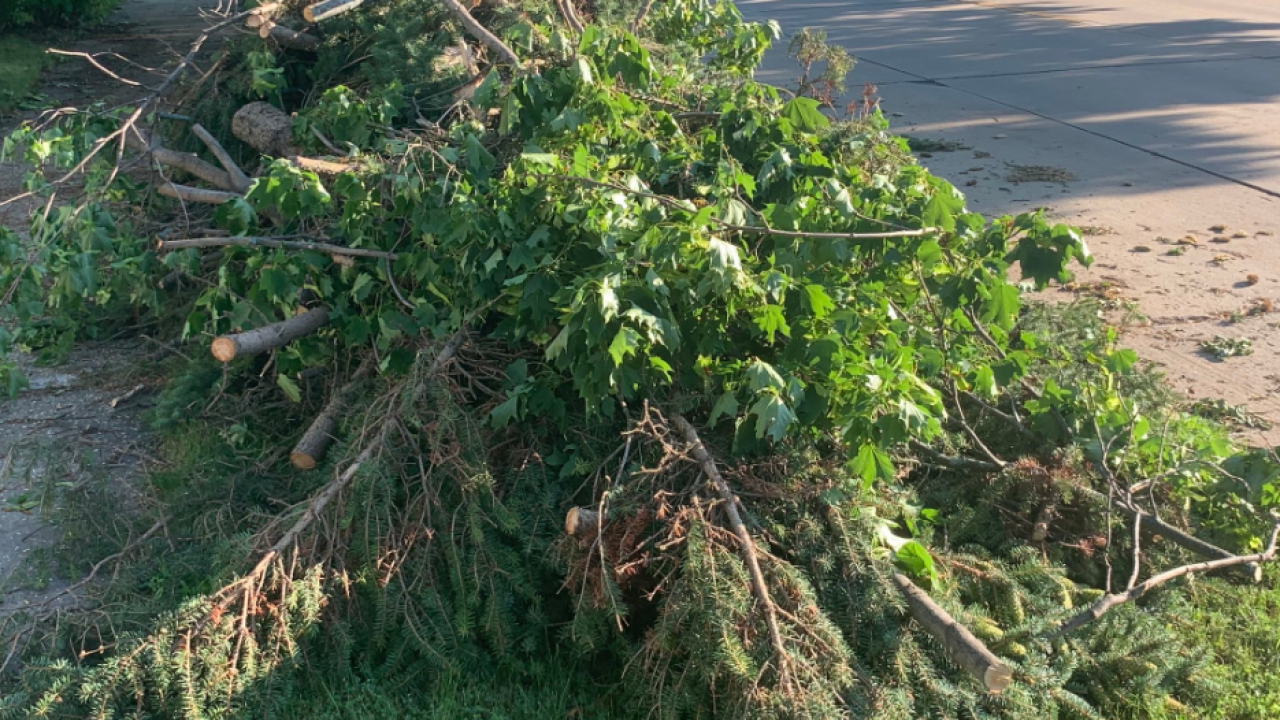 APPLETON — The City of Appleton says the cost for storm cleanup is already more than $715,000. The city says that price tag is expected to go higher.

Some of the trees will need to be removed because of storm damage. The city said it's continuing to remove trees and grind stumps, work which is expected to last through the end of the year.

"We anticipate replacement of all those downed trees to take into the spring of 2021 to complete," the city said on Facebook.

The city is using a map of downed trees as part of its appeal for FEMA grant funding, in the hope the possible funding could recoup some of the city's costs.

The city is also still working on collecting debris from the storm. Anyone who still has yard debris can take it to the city's yard waste sites for free, from 9 a.m. - 6:45 p.m. Friday through Monday.