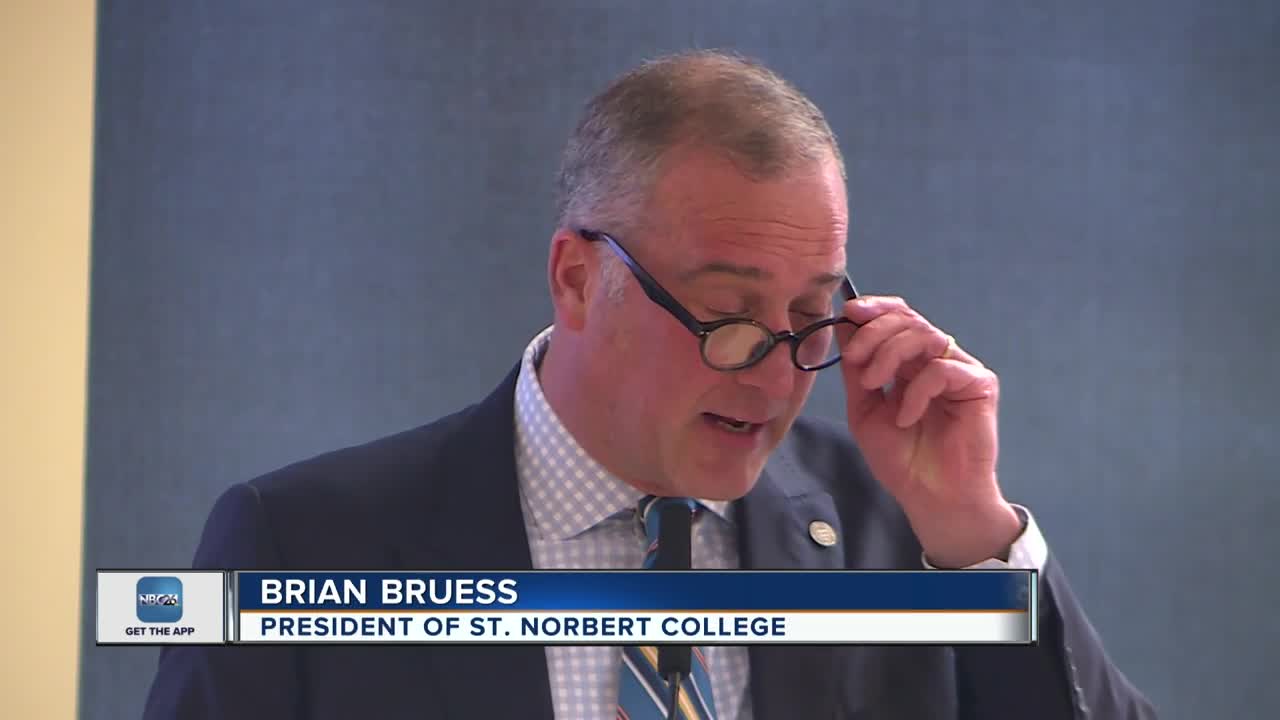 President scheduled to step down following the school year

DE PERE, Wis — On Tuesday media heard from the president of Saint Norbert College, Brian Bruess, for the first time in person since he announced he’s stepping down from his position by the end of the school year.

Bruess wasn't made available for a one on one interview but NBC26 was informed that at the beginning of his speech, he would address the media. Early in his speech Bruess expressed the importance of a tight knit community with the crowd.

"When we welcome people to campus we do it intentionally, believing that when someone feels welcome, they feel valued. And when someone feels valued, their opportunity to flourish goes up dramatically. This is so true for our students, faculty, staff, campus and also for this great city of De Pere."

While earlier this month Bruess announced he'd be stepping down from his role as president, to date, the answers as to why he's doing so remain unclear.

"I'd like to simply say thank you for all your support, your overwhelming show of support. As I've already stated I'll be the president until June 30th and I'm really unable to say much more as it is a personnel matter."

Last week staff on campus voted for the Board of Trustees to restart contract negotiations with the president, but at this point, there is still no word on whether that will happen.