Some local leaders say it's time to walk away from Foxconn 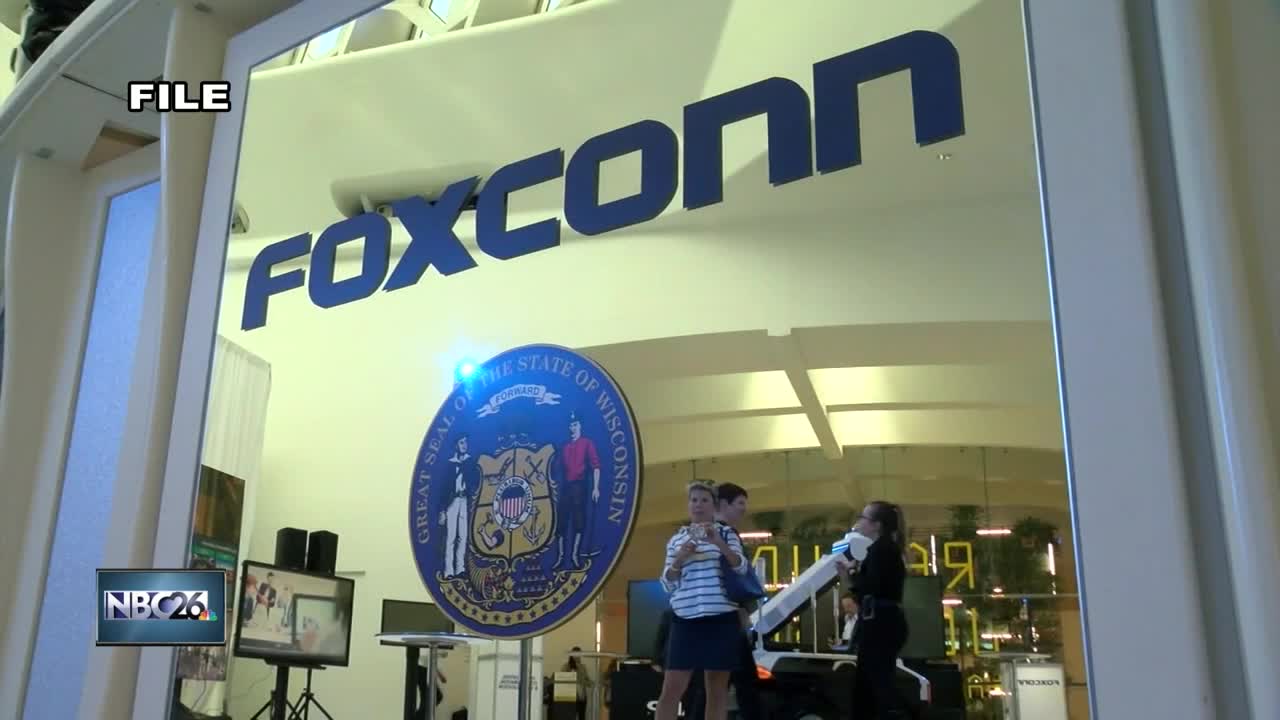 GREEN BAY — This article has been updated to show Foxonn's response.

We reached out to Foxconn for comment. Here is the Foxconn Technology Group's statement:

"Bringing TFT-LCD Technology to North America is a significant undertaking, and alongside our local partners, we have built a strong foundation for the Wisconsin project and set the stage for Wisconn Valley to be the center of a high-technology hub supporting thousands of Wisconsin jobs. By employing the responsiveness and agility to constantly-changing global economic conditions that enabled Foxconn to become a leader in the global electronics, manufacturing, and technology industries, we have ensured that the company, our workforce, and our Wisconsin partners will be positioned for long-term success."

"Foxconn has awarded more than $175 million to date in total contract value for work at the Wisconn Valley Science and Technology Park, including the recent announcement of awards totaling $15 million to nine subcontractors in recent weeks. Work is ongoing towards the planned operational date for the facility next year, with several invitations to bid currently proceeding and more to be announced for both the Gen6 Fab facility and other buildings being constructed within the Park."

PREVIOUS REPORT: Some local leaders are saying it's time to walk away from Foxconn, the multi-billion dollar deal which promised thousands of jobs and has been slowly moving along.

Some leaders tell NBC 26 the resources and time put into Foxconn could be useful elsewhere. Multiple Republicans whom NBC 26’s Juliana Falk reached out to did not get back with her on the topic.

Outagamie County Executive Thomas Nelson tells NBC 26 he was skeptical of the deal. He says he believes the money and resources going into Foxconn would be better used on homegrown industries and jobs like the pulp and paper industry. He says he feels there have been a lot of promises and not a lot of product.

"We don't even have to spend $3.5 billion,” said Nelson. “I mean, we could spend a very, very small percentage and to help industries like pulp and paper, that have been struggling but have been showing a lot of signs of resilience, that have a great track record."

He said a great track record of not just surviving but continuing to provide good paying, family supporting jobs.

"It's in an upswing. There's been a lot of turnaround, a lot that has to do with ingenuity and the resources from the people here in the Fox Valley."

He talked about Appleton Coated, saying without much of any state support and very little attention, the company got back on their feet by themselves.

"These are really good example of why we should continue to support and invest in Wisconsin manufacturing, including and especially pulp and paper," said Nelson.

He also added, the plant is over two hours away and people might not commute from the Fox Valley to work at Foxconn.

"Two years ago, I proposed what I called the Paper Maker Fund, where taking just 1% of how much the state would spend up to with Foxconn and create an incentive structure to support, to reward our paper companies that are investing in new capital. They're making a transition away from one product to another," added Nelson.

He said a traditional industry like paper can grow, not just survive but thrive alongside companies like Amazon.

In terms of Foxconn, Nelson said it's been nothing but bad news.

"I'd like to see, to the extent we can to pull out of this deal," added Nelson. "I think that there were some better expectations and perhaps expectations by those who had initially supported the deal. I think, I'm not sure how much longer we need to go on realizing that this is a bad deal for the state and it's especially a bad deal here in Northeast Wisconsin."

"Our goal continues being making sure our taxpayers are protected and also making sure that there's accountability from the project," added Evers.

He said even though at this point Foxconn isn't what it was promised to look like, it will create jobs in the area, and that he's looking forward to its completion.