REJECT: How Wisconsin determines the fate of your personalized license plate

Breaking down the criteria for rejecting plates

Perhaps you've been there. Saved up your hard-earned cash for a brand-spanking new Camaro, and the cherry on top would be that personalized license plate that reads BAD MF.

Problem is, the folks at the Wisconsin Department of Transportation won't let you get that plate. Don't take it personally, you're not the first to get their coveted vanity license plate rejected.

The Special Plates Unit at the DOT has a system in place for deciding which personalized plates make the cut, and which ones get tossed in the gutter.

It certainly leaves some room for interpretation, but potential messages on plates "must not be offensive to good taste or decency."

The DOT provided the following criteria that could lead to getting your plate rejected:

1. Critical or derogatory message to the general public in any language, read forward, backwards or upside down.

2. Message denoting violence directed toward someone or something 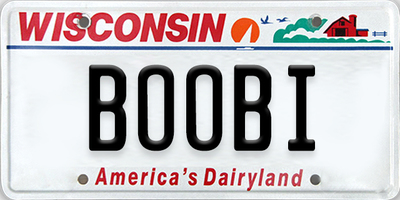 a. Conveying or referring to a sexual act

b. Include the number 69 used or interpreted as a sexual reference

4. Use of Hate or H8 toward individuals and/or persons

a. White Supremacist/Nazi references. (For example, the numbers 14 and 88 when used together, the letters SS with other German word or war references).

b. Racial or ethnic slur

a. Subversive activity is the lending of aid, comfort, and moral support to individuals, groups, or organizations that advocate the overthrow of incumbent governments by force and violence. 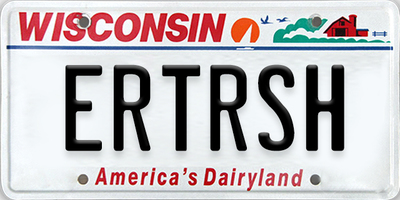 10. Messages may not conflict with the issuance of any other registration plates.

If your plate gets rejected, don't even think about fighting the decision. Wisconsin statute 341.145 gives the DOT the final decision on personalized registration plate applications "which may carry connotations offensive to good taste or decency, or which would be misleading."

In other words, they know it when they see it.