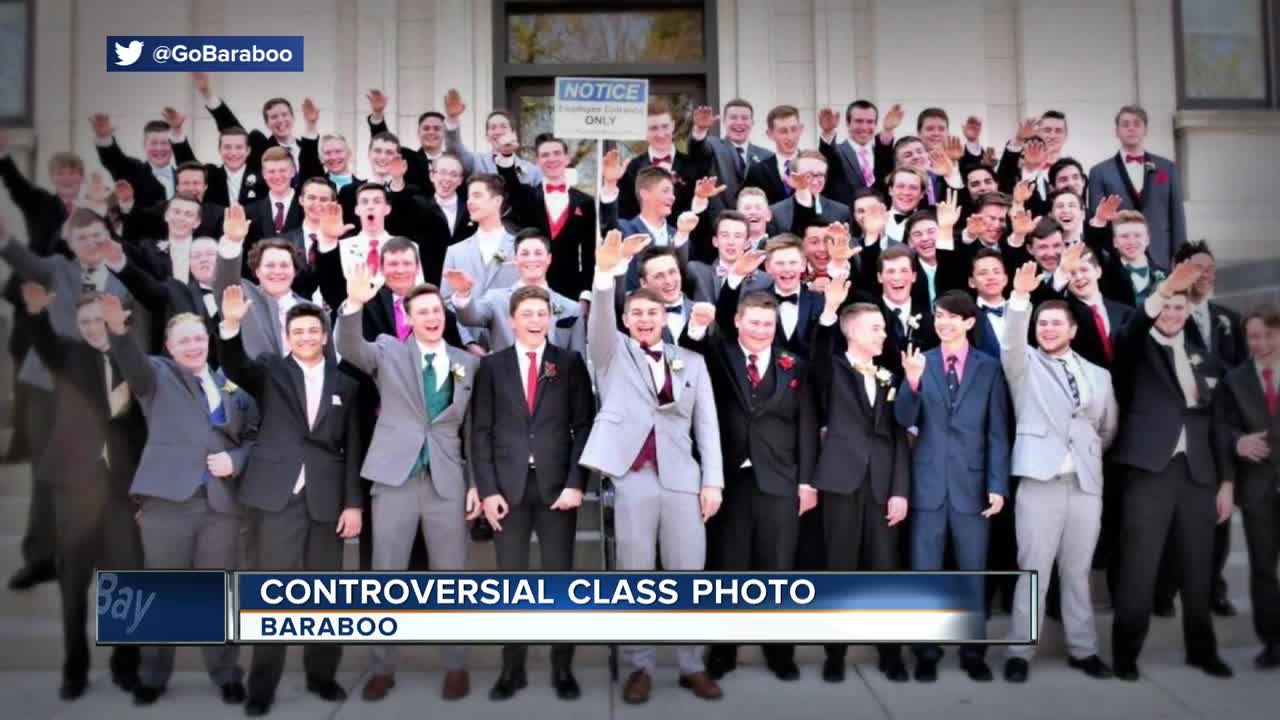 The Baraboo School District is discussing next steps after a photo went viral showing junior students, with many appearing to be giving the Nazi salute. 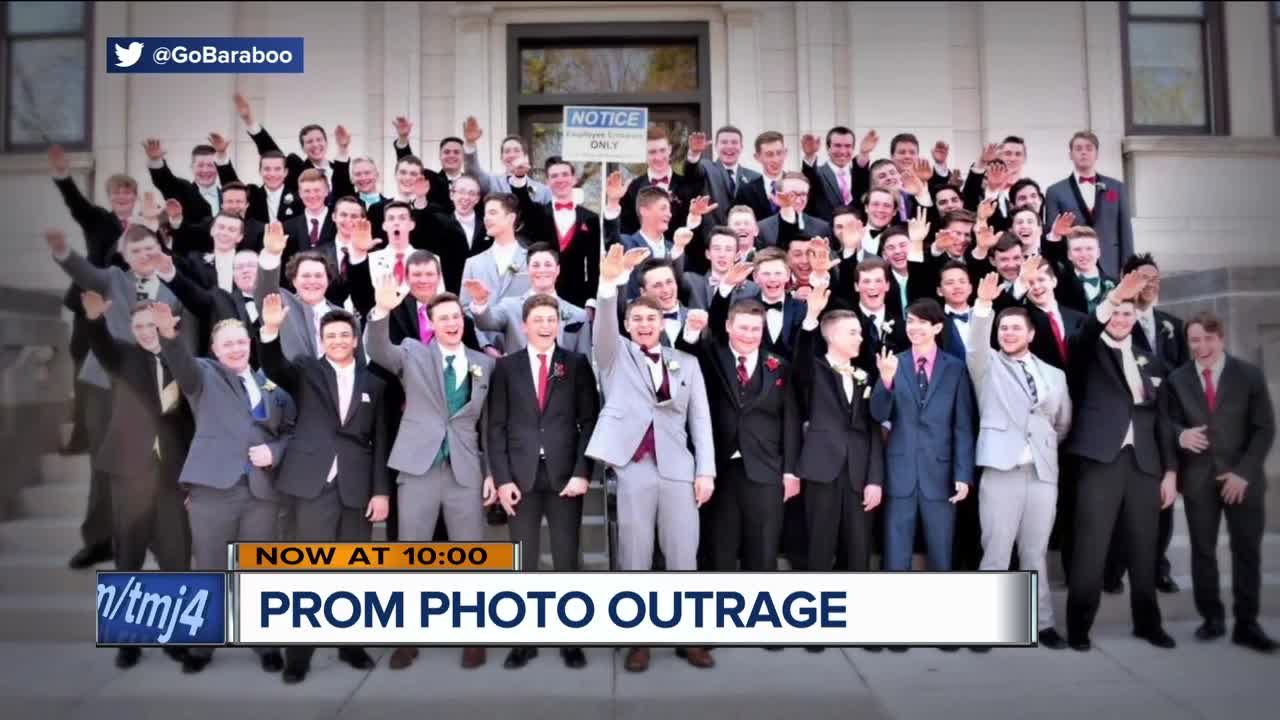 The Baraboo School District is discussing next steps after a photo went viral showing junior students, with many appearing to be giving the Nazi salute.

The photo appeared online Sunday evening but was later removed. The caption associated with the photo read "#Barabooproud." The photo was taken during Junior prom in the Spring, in front of the Sauk County Courthouse.

Several residents spoke to the school board Monday night, expressing their outrage and concern over the photo, and recommending action that they hope the school board takes, including additional education on the Holocaust.

"I grew up knowing that Nazism was wrong," said Greg Sacra, Baraboo. "I don't see how they could get this far in their education and not know that."

Sacra told the board that his father was shot by a young German boy during the war.

"This photo is a demonstration of an absolutely despicable attitude," he added.

One teen in the photo, seen not holding up his arm, is speaking out. Jordan Blue says he was unaware of what was happening when the photo was taken.

"If I knew what was happening, I would not have been in that photo at that time because I don't believe that is right," said Blue.

A group of people met at the Sauk County Courthouse on Monday to take a different photo, one with the symbol for love.

"This is not representative of the Baraboo community," said Karen Desanto, who is the executive director of the Boys and Girls Club of West Central Wisconsin.

She says she is worried about the boys seen in the photo and told the board those teens are going to need support.

"We all make terrific mistakes, we are not perfect," she said. "It’s our job as adults to guide the kids into the best way they can manage it."

The district did not take any action Monday night but said it's investigating the photo. It released this statement earlier in the day.

The Baraboo School District sent the following letter to parents this morning in response to a photo circulating on social media. We are launching an investigation, and as such, are unable to provide additional details at this time. pic.twitter.com/oRxcl82lJT