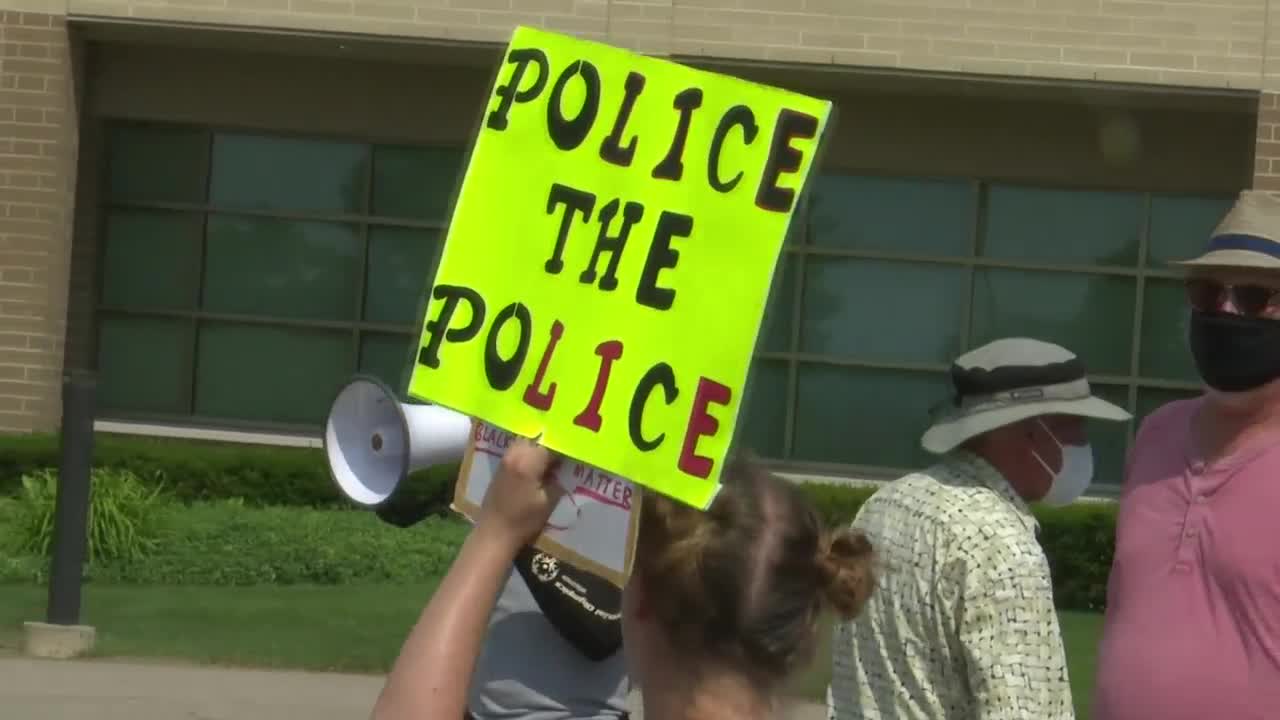 Protestors are demanding Officer Bryce La Lazurne to be fired after social media posts with racial slurs from 6-8 years ago have come forward.

Demonstrators marched around the Grand Chute Police Department today demanding the firing of Officer Bryce La Luzerne after someone brought forward multiple screenshots of tweets and an Instagram post from Officer La Lazurne's accounts between 2012-2014 that protestors say indicates implicit bias. According to the police department, Officer La Lazurne was using the slurs while quoting song lyrics, and did not fully understand the representation of Boogaloo movement beyond Second Amendment enthusiasm at the time.

"I'm here because my children deserve to be respected, protected, loved and they deserve to be safe," protestor Juan Ramirez said. "And to understand and think that a member of the police department that we trust feels animous toward my children tells me that that person should not be on the force."

"When we learned about this story, I was horrified that it was happening so close to where we live," Ramirez said. His family lives in the neighborhood surrounding the Grand Chute Police Department.

Officer La Luzerne became a police officer in 2017. According to Chief Greg Peterson, Officer La Lazurne has admitted to writing the posts and has taken an "incredible amount of responsibility."

"I just think the right thing to do would be to get rid of him," said protestor Haley Puhl, who claims she went to high school with Officer La Lazurne. "You can't be a police officer if you're gonna talk like that. You should be protecting people, not hurting people."

On Sunday, Chief Peterson welcomed protestors to the station.

"Frankly, I'm grateful that people came out to share their views with us, particularly grateful to be able to talk to a few people who stayed here and shared their ideas with us. I think it was productive," Chief Peterson said. "I certainly understand what's driving the protest, what's driving the anger. We are not in disagreement over that."

However, this investigation strikes a strong chord as many continue to protest against racial injustice across America in the wake of George Floyd's death along with countless other Black Americans.

The Grand Chute Police Department expects their investigation to conclude in the upcoming weeks. So far, they have not found any indications of racial bias on behalf of Officer La Lazurne while investigating his record of arrests amongst other factors.