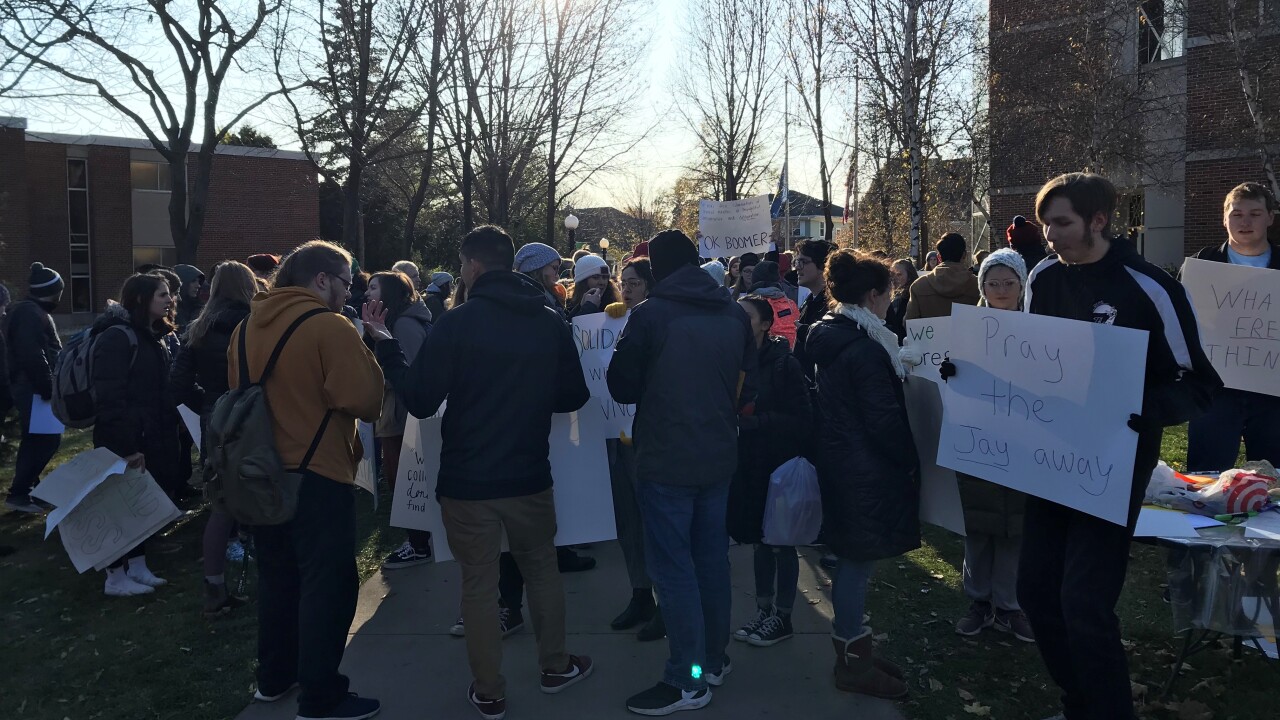 St. Norbert College announced last week that Bruess will not seek a renewal of his contract. The statement issued by St. Norbert didn't give a specific reason for why Bruess was stepping aside.

Signs at Tuesday's protest indicated that some protesting students were upset over the lack of transparency for Bruess' resignation.

St. Norbert said in a previous statement that Bruess will end his service to the college on June 30, 2020.