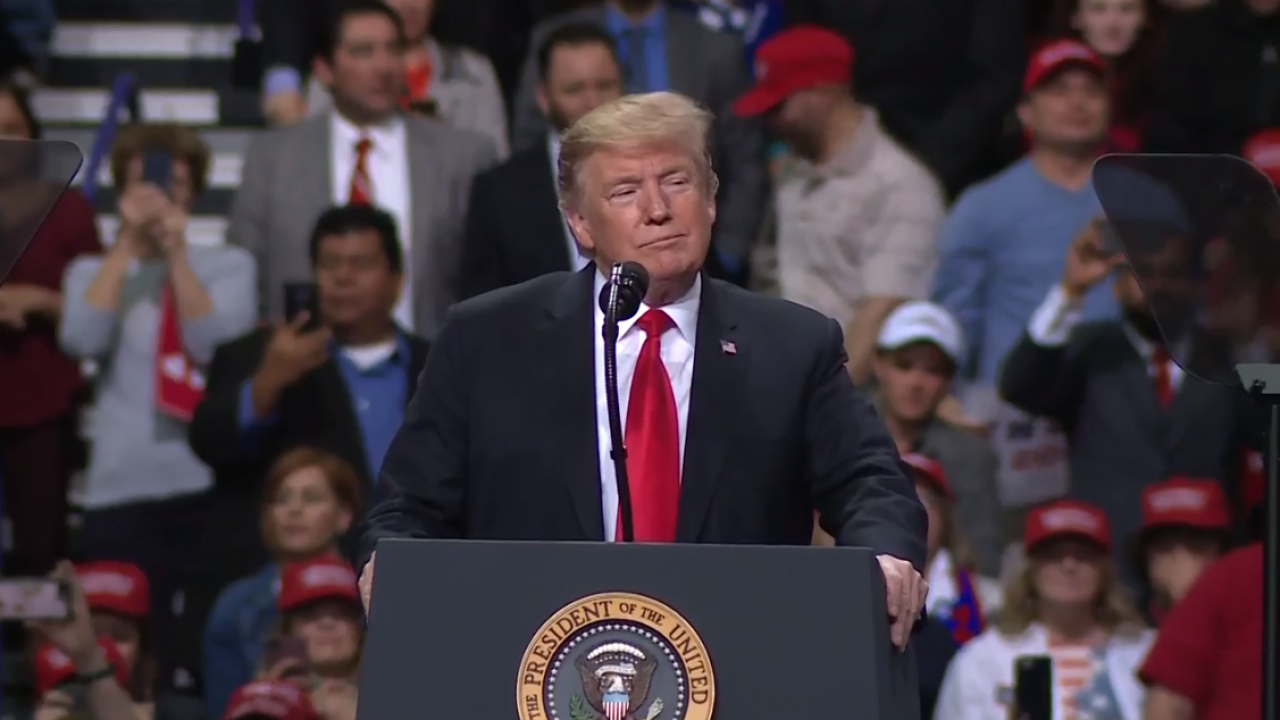 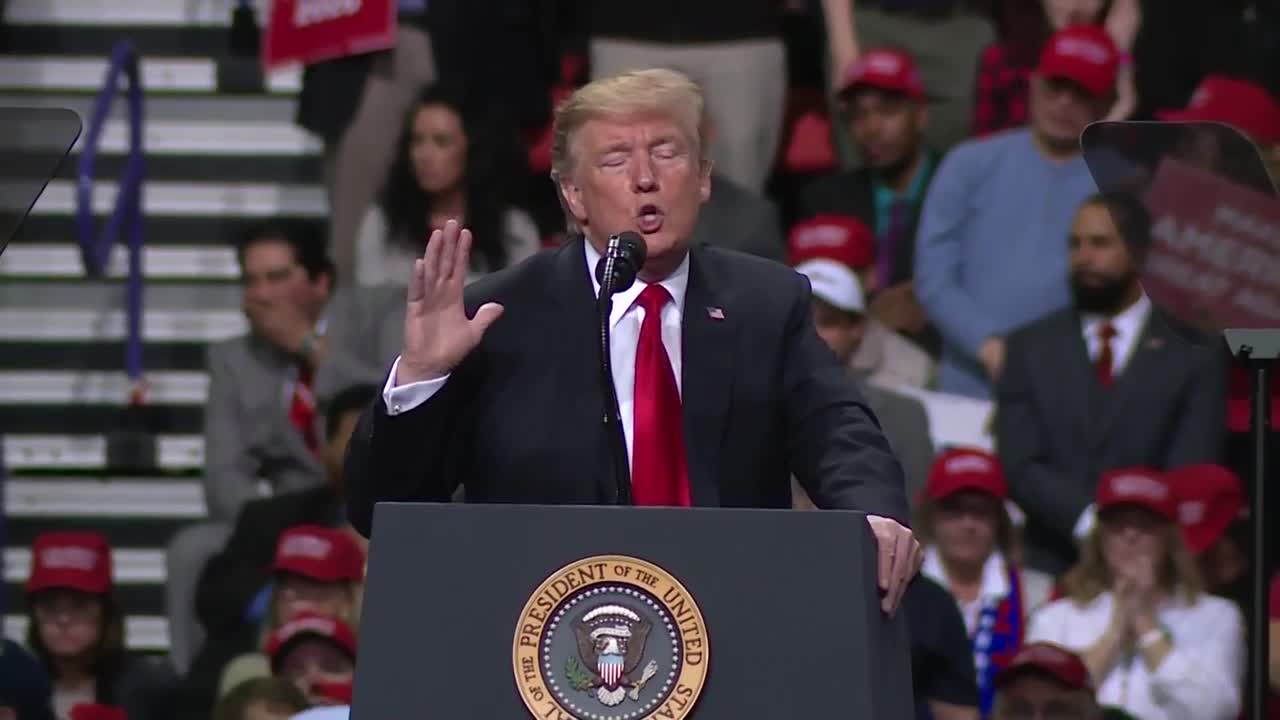 Trump pointed to the economy’s 3.2% growth in the first quarter before drawing even more applause by citing gains in employment and reductions in family poverty in Wisconsin. The state helped propel Trump’s 2016 victory, and Democrats are focused on reclaiming its electoral votes in 2020.

Turning to presidential politics, Trump referenced his nicknames for two of the leading Democratic presidential contenders — “Sleepy Joe” Biden and “Crazy Bernie” Sanders — and predicted that Elizabeth Warren’s candidacy was already over.

Turning to his nickname for Warren, Trump said: “I think Pocahontas, she’s finished, she’s out.”

Trump warned his supporters that Democrats would take away their guns, promised anew to build a wall along the U.S. border with Mexico and pledged to come up with a plan for health care after the next election.

Trump and Japanese Prime Minister Shinzo Abe had shared their love of golf with a quick round on the president’s course in Northern Virginia earlier in the day. No announcement of concrete advances in U.S.-Japan trade relations followed the meeting, though Trump told his rally audience that Japan was investing $40 billion in the American auto industry.

Trump scheduled the mid-evening rally at the same time members of the White House Correspondents’ Association gathered for their annual dinner. He had refused the association’s invitation again, a break from past practice by the president.

“Is there any place that’s more fun than a Trump rally?” he asked, having assured them there was no one he’d rather be with.

Also skipping the correspondents’ dinner to attend the rally was press secretary Sarah Sanders. In rare public praise for his chief spokeswoman, Trump called Sanders to the stage to say a few words.

“I’m so proud to work for the president,” Sanders said, and noted that she received a very different reception during the event she attended last year — the correspondents’ dinner in which the evening’s comedian lampooned her.

The president opened the rally on a somber note, offering his condolences for the victims of a synagogue shooting near San Diego. He said America stands with the victims, denounced anti-Semitism and praised the law enforcement response.

“Our entire nation mourns the loss of life, prays for the wounded and stands in solidary with the Jewish community,” he said.

Trump singled out an off-duty Border Patrol agent who fired back at the suspected shooter. The agent, who was not identified, was working as a security guard at the synagogue. He fired as the suspect fled but only hit his car.

The agent “helped disrupt the attack and saved so many lives,” Trump said.

Laurie Kellman with the Associated Press contributed to this report.