President Trump spent his afternoon in Northeast Wisconsin on Thursday. He toured the Fincantieri Marinette Marine shipyard and spoke to nearly 700 people at a private event there. 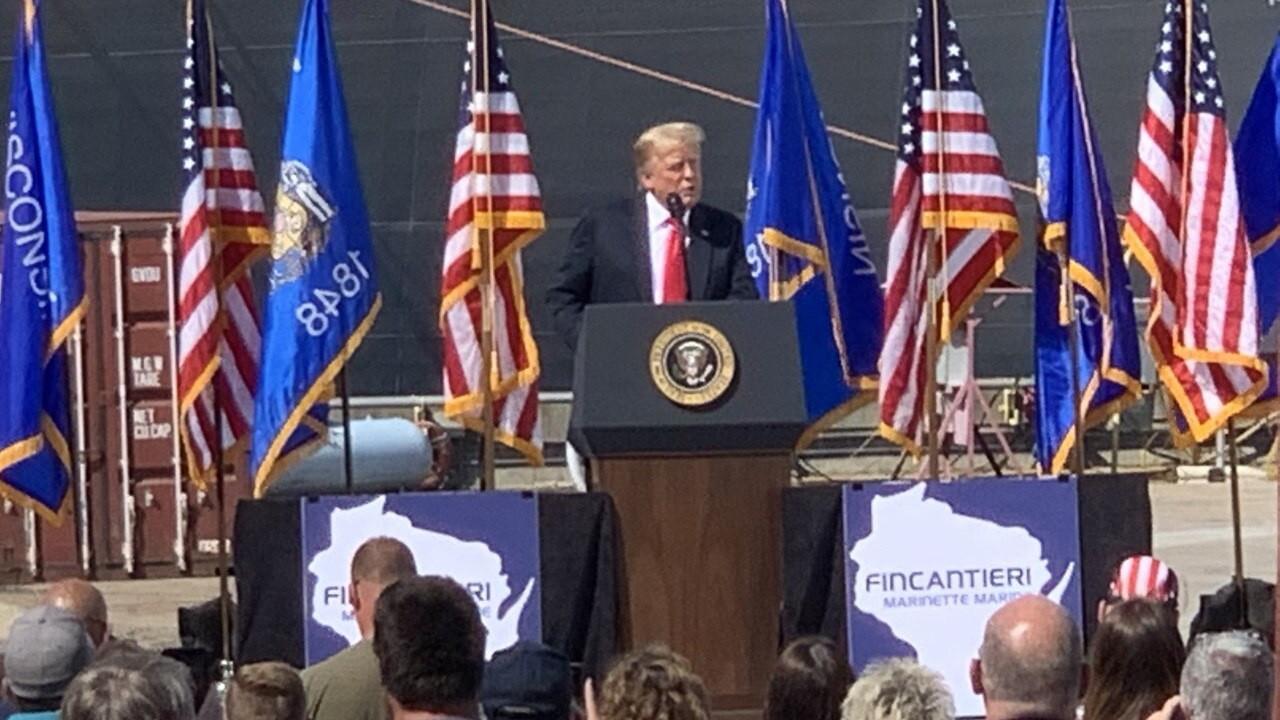 MARINETTE, Wis. (NBC 26) -- President Trump spent his afternoon in Northeast Wisconsin on Thursday. He toured the Fincantieri Marinette Marine shipyard and spoke to nearly 700 people at a private event there.

The crowd was filled with employees and family members as well as community members. President Trump spoke for nearly 30 minutes. He focused a lot on the contract recently awarded to Marinette Marine to build up to ten ships for the U.S. Navy.

"Through your sweat, skill, and devotion, the workers of this shipyard will forge the future of the United States Navy. You're going to be a big part of the US Navy, and there are other things coming. As you get set up with this, this is a lot to handle, but as you get set up, we're going to be spending a lot of money on the renovation of the yard and the expansion of the yard. We have other things coming," said President Trump.

He added that the ships that will be built at the shipyard will be advanced. The deal could bring 1,000 jobs and be worth $5.5 billion. President Trump said the contract also helps accomplish a big priority of boosting national security and building the Navy.

"With the help of everyone here today, this shipyard will continue to prosper. This state will continue to thrive, and this nation that we love will climb to new heights of glory and greatness, and that's whats happening right now," said President Trump.