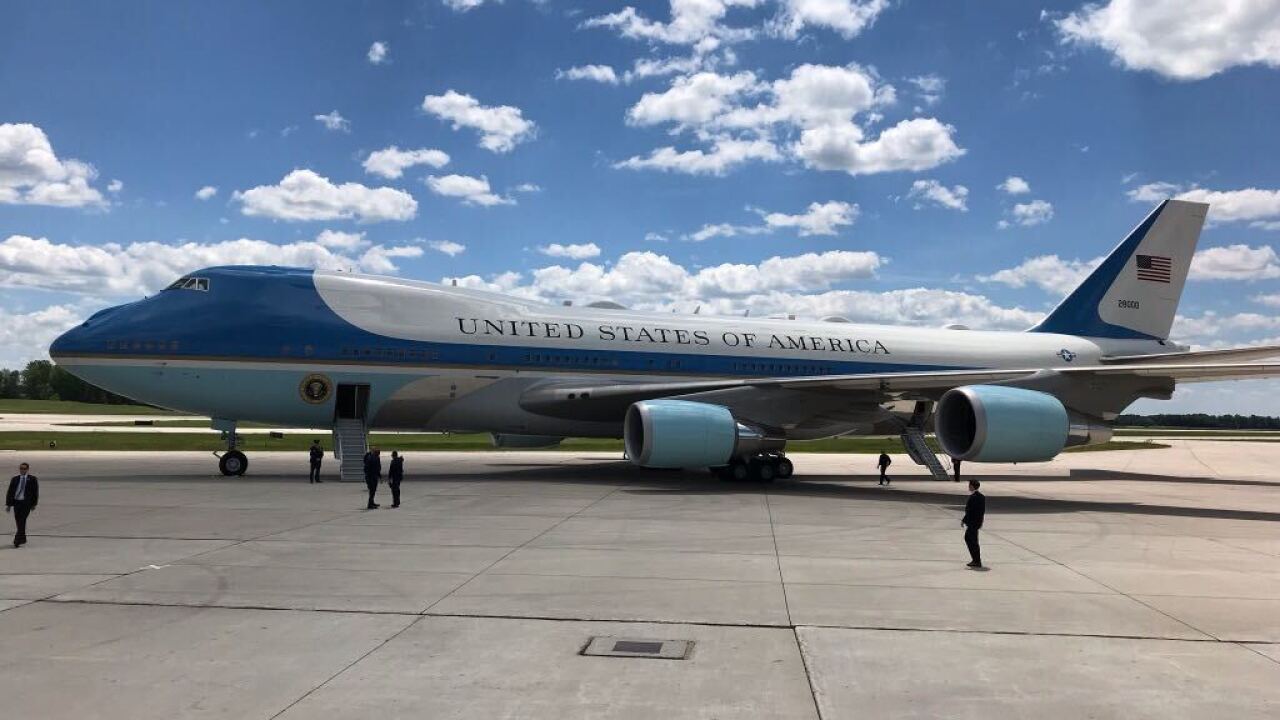 Immediately after landing, the President headed to Jet Air Group at the airport where Sean Hannity with Fox News is hosting a town hall, which will air later this evening on Fox News Channel at 8 p.m. Central Time.

After the town hall taping, Trump is expected to head to Marinette where he will tour the Fincantieri Marinette Marine shipyard. The White House said he plans to discuss the contract recently awarded to the Marinette Marine to build up to ten new ships for the U.S. Navy.

The President's landing at the Green Bay airport was met with a few protesters.

About 25 protestors have gathered at GRB airport ahead of President Trump’s arrival #Wisconsin pic.twitter.com/9MrqeoupqH