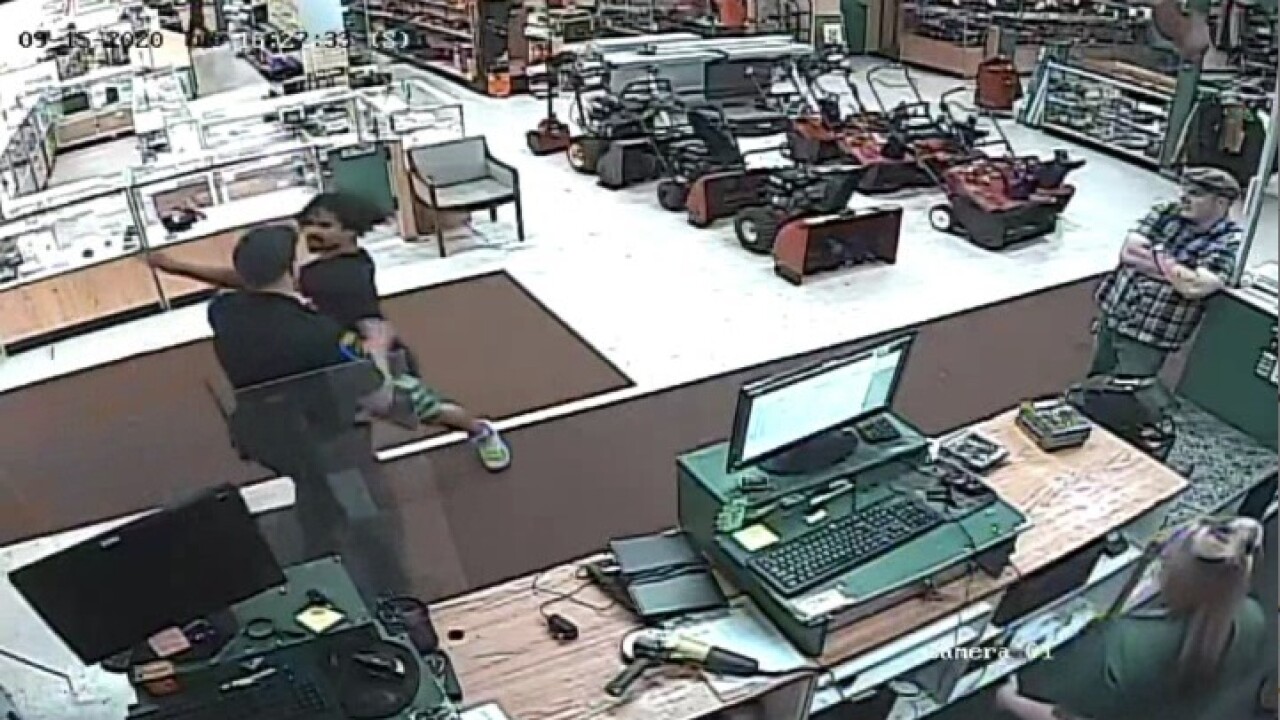 A Menasha Police officer was attacked while investigating an ax incident at a business, according to a news release from Menasha Police.

Officers were dispatched just before 4:30 p.m. Tuesday to the business, along the 1200 block of Appleton Road, after a report of a man with an ax causing a disturbance, according to police.

The man involved, a 25-year-old Fox Crossing resident, had put the ax down at the urging of store workers when police arrived, according to police.

Surveillance video provided by the police department shows a man attacking the officer, and a struggle followed. The man used his fists to hit the officer several times in the head, police said. An off-duty officer and bystanders in the store helped to restrain the man, and a Taser was used, police said.

While waiting outside to be checked by medical workers, the man ran away, but was caught along the 1100 block of Geneva Drive, and a second officer was injured during the foot chase, police said. Both officers were treated and released from a local hospital, police said. Police are requesting charges against the man including two counts of battery to officer. Police did not identify the man in a news release Tuesday night.