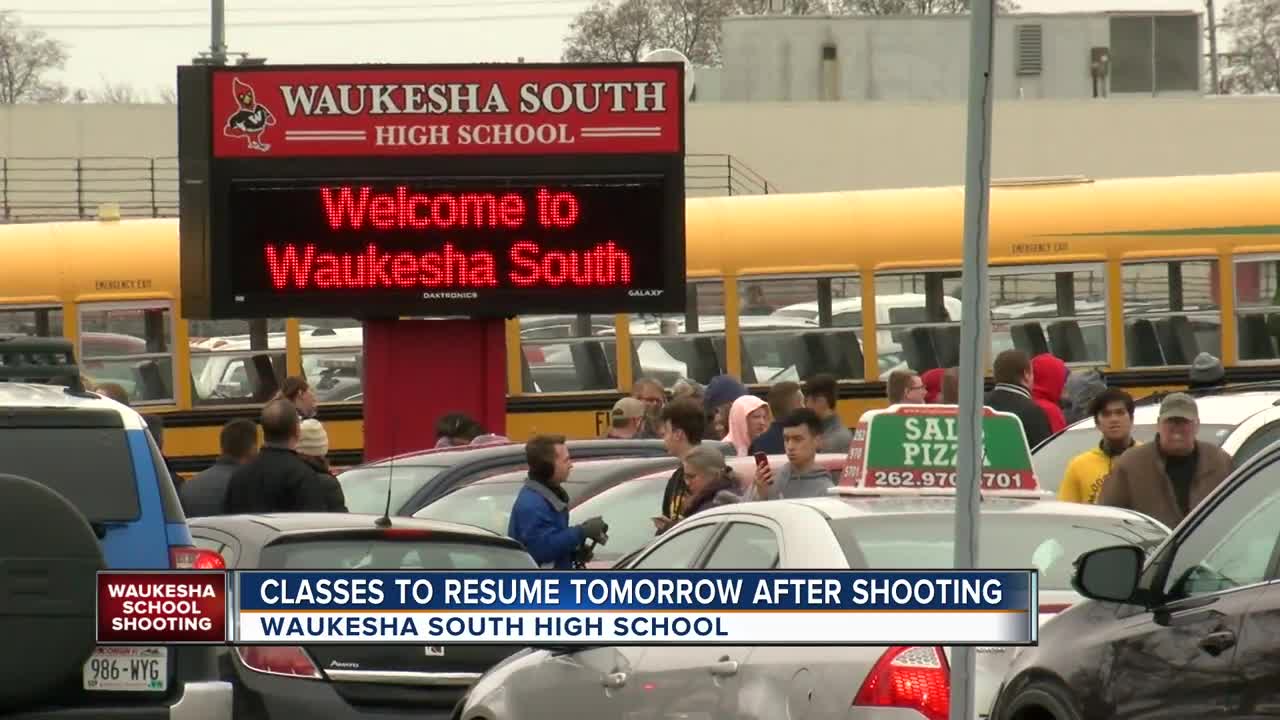 Waukesha South High School is 'safe and secure' after a student was shot by an officer for pointing a gun at law enforcement, police say. MORE: https://on.tmj4.com/2sy7ke8

WAUKESHA -- Waukesha South High School is 'safe and secure' after a student was shot by an officer for pointing a gun at law enforcement, police say.

There has been a critical incident at Waukesha South high school. Media staging is at Pick n Save behind the school

"The school's Resource Officer immediately responded to the classroom, the SRO made efforts to secure the classroom by getting the other students to safety, said Chief Russell Jack.

Other officers responded to the classroom and began talking with the suspect in an attempt to deescalate the situation. The 17-year-old student would not remove his hands from his pocket and continued to ignore officer's commands, authorities said.

Eventually, police say the officer was forced to fire at the student when he pointed a gun at him.

"This is an isolated incident. We are not seeking anybody else we have no other persons of interest. We are in the investigative stage right now as the scene is stabilized," police said on Twitter.

The student was taken to a local hospital with injuries, according to the Waukesha Police Department.

Students were dismissed for the day at 11:15 a.m., according to a statement from the school's principal.

TODAY'S TMJ4 reporter Shaun Gallagher spoke with a 9th grader who said he and his friends "thought it was just a drill."

"We thought it was just a drill at the beginning," Jackson said. "We were in there for like a whole hour."

An emotional mother described the moment she saw her son safe "like giving birth all over again."

'Like giving birth all over again': Mother's emotional response to finding son safe after shots fired at Waukesha high school
Copyright 2019 Scripps Media, Inc. All rights reserved. This material may not be published, broadcast, rewritten, or redistributed.