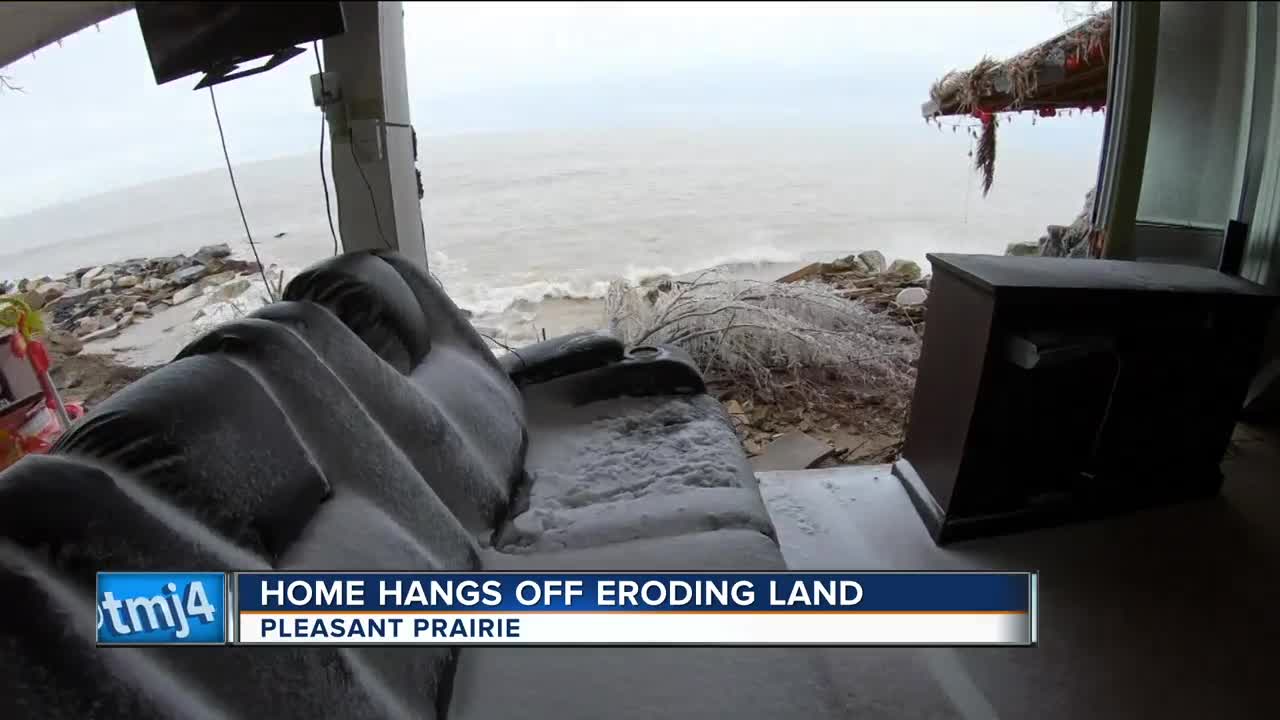 A Pleasant Prairie man is forced to find a new place to stay as part of his land hangs off eroding land. 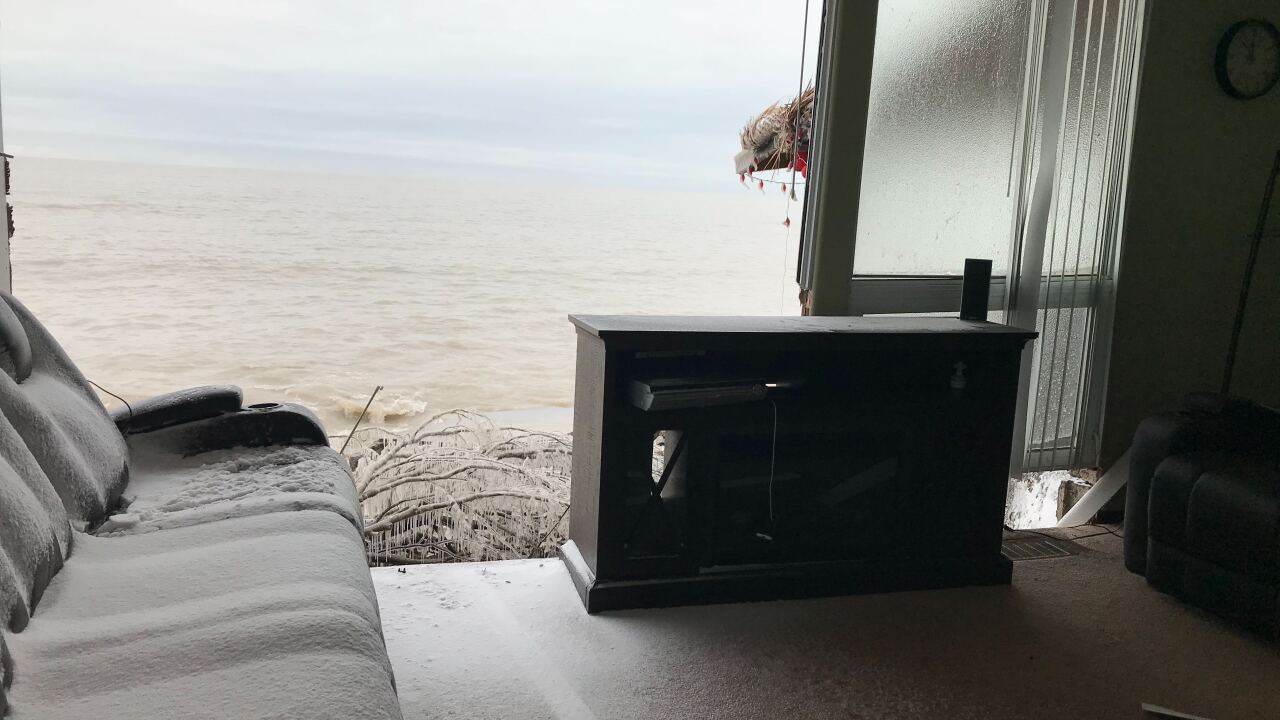 Mark Young has been a local resident for about 7 years. However, when considering the move to Pleasant Prairie, he didn't anticipate being forced out by land erosion. Strong winds and large waves took a major toll on the house this weekend, causing the foundation to collapse.

Through his lake-facing window, Young recalls admiring a large tree in his backyard before the incident. When the tree suddenly disappeared, he knew that something wasn't right.

“Something caught my eye. The landscape was totally different. You can now see a tree is not there,” Young said.

Those who live near the eroding bluff said that it’s a good example of why neighbors need to invest in shoreline protection. Many of Young's possessions were ruined.

Erosion isn't a new issue to local residents. Racine County Executive Jonathan Delagrave issued a "declaration of emergency" in May 2016 because of bluff erosion in the Villages of Caledonia. The declaration allowed officials to ask for state and federal assistance to combat the issue.

In Young's case, the major damage occurred in a matter of minutes. He remembers leaving home just before the foundation was washed away.

“I was gone 20 minutes and by time I got back, everything was blown out. I went in to grab my dogs and that was it,” Young said.

Howard Cooley with the neighborhood homeowners association said that keeping up with shoreline protection is the best way to avoid a catastrophe.

While Mark Young starts to plan his next move, he regrets not considering protection earlier.

“It’s too bad there was no protection here," he said.