Playing through a pandemic: local athlete shares how she sticks by the diamond 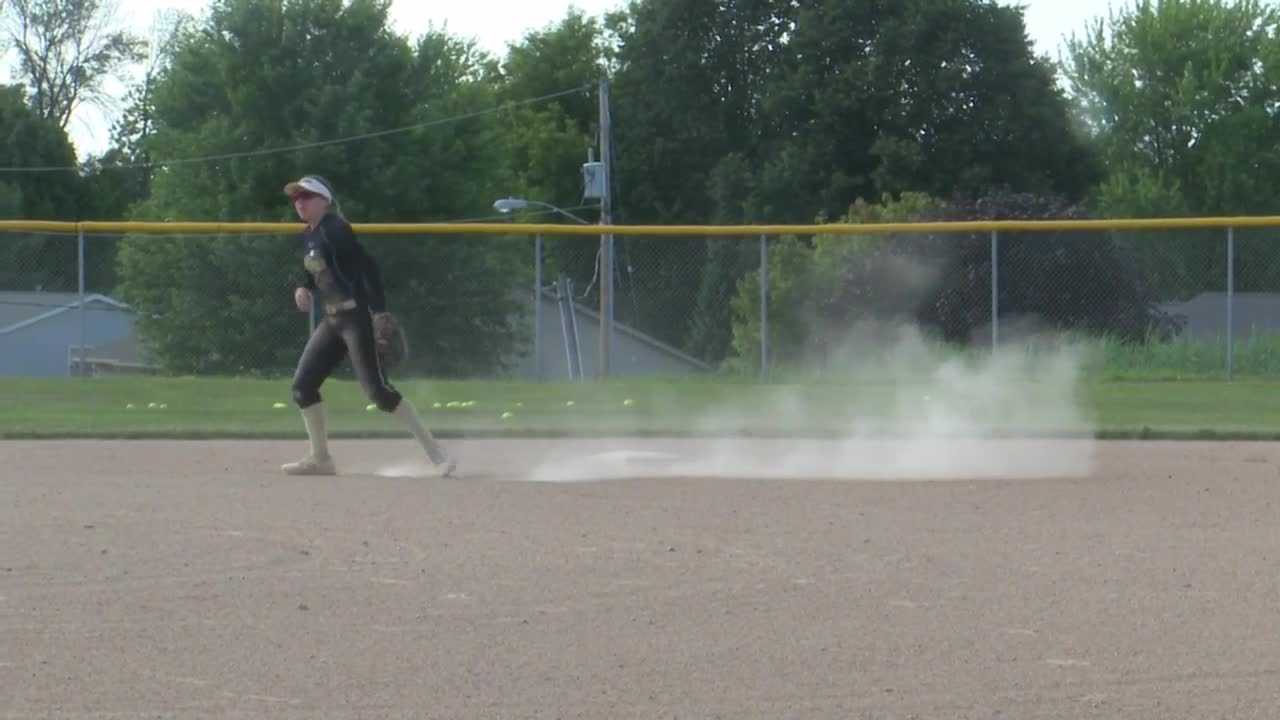 Ashley Wolfe might have lost her freshman season at Preble to the pandemic, but she's making strides -- and a name for herself -- at the national level with a travel club.

GREEN BAY, Wis. (NBC 26) -- Softball is everything to Ashley Wolfe, a sophomore at Preble high school who was recently ranked the 66th best infielder in the country for the class of 2023.

"You work so hard for that, so for that to actually happen, it's like a dream come true," Wolfe said.

Coronavirus robbed her of something she's looked forward to since taking up baseball as a young player -- her freshman varsity season.

"Rhe time comes and we get hit with the pandemic and it was was - we felt bad for the seniors, obviously had it worse than we did - but not many freshmen get to start as a varsity player," dad Eric Wolfe said.

This power hitter wasn't going to let a pandemic keep her off the diamond, stealing 59 bases on 63 attempts this summer with Iowa Premier fast pitch travel club. Wolfe joined the team officially last August and has racked up many titles since, including two Player of the Week runner-up nods.

Her family says the adversity she's gone through has prepared her for what everyone else calls unprecedented time.

"She's very resilient to things. Nothing really rattles her," her father said. "She has a tremendous backbone. She's playing on the national level -- really develops your backbone and how she deals with things."

As GBAPS and schools across the country adapt virtuala models for the 2020-2021 schoo lyear, it's just another thing Wolfe is prepared for. She maintained a 4.0 GPA last year while taking homework online and on the road to travel to tournaments around the country. Ashley's dad is thankful that she's developed independent travel skills at 15 years old while she balances responsibilities.

"I do my school work in my free time or at the airport," Wolfe said. "Just whenever I have the time to do it."

Another good thing to come out of the pandemic is more time with Ashley's favorite coach -- her dad.

"We've always been close, so nothing's really changed," Wolfe said. "We work hard together and he helps me fine tune things, and you know I'm always open to listen for him."

Through the hills and valleys of her journey, Eric is eager to support his daughter's passions.

"She's sliding in to second, she's getting up and pumping her team up, just the smiles," he said, "and the camaraderie she has with her teammates and the relationships she's building, she's happy. The softball field is her happy place."