Only in Wisconsin: Cows cause traffic jam in Hartland 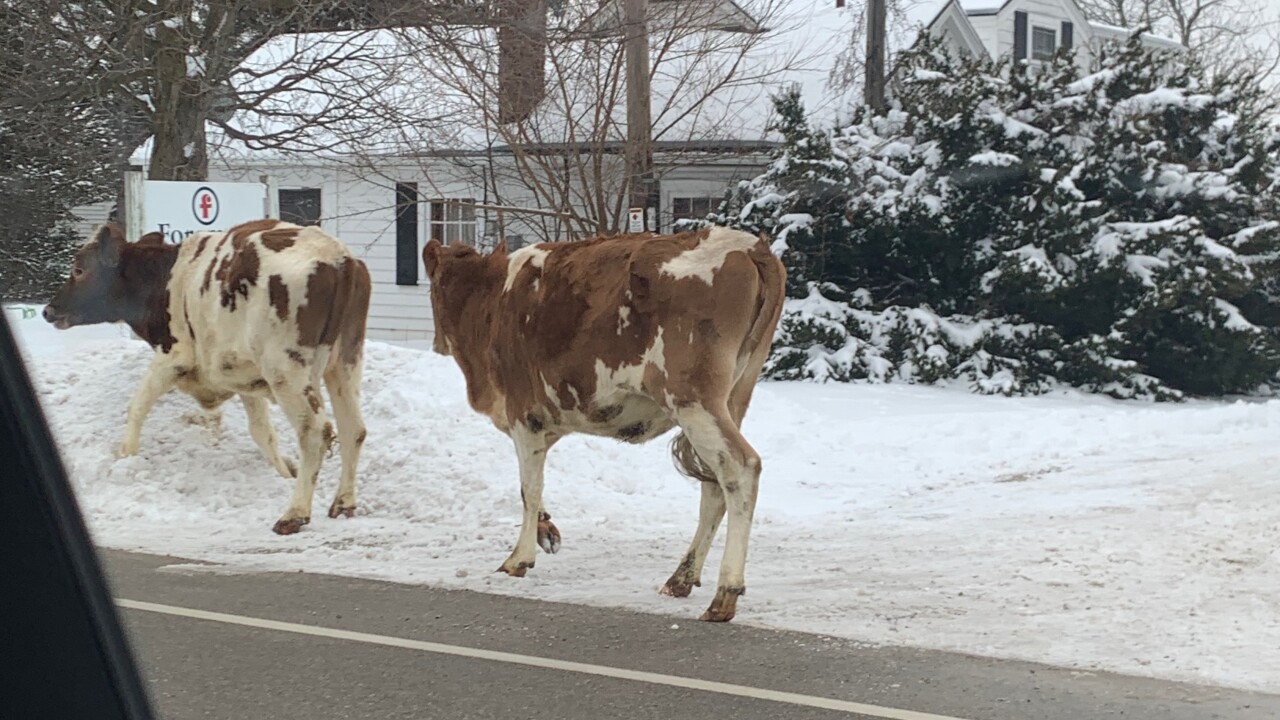 HARTLAND, Wis. — It's not an everyday occurrence that a traffic jam is caused by a couple of cows in the road, but here in Wisconsin, it isn't too uncommon.

Luckily Superintendent Melissa Thompson and custodian Jeffrey Grunwald took action as they were directing traffic in the school's parking lot. They both helped guide the cows back to safety.

"Only in Wisconsin would this be the reason for an end-of-the-day traffic jam at school," said Grunwald.

School Principal Adam Scanlan stopped traffic from pulling out and made sure everyone was safe as the cows were redirected.

Superintendent Thompson joked saying, "Now I can add that to my resume, too! We work with everyone from 4K- through grown cattle!"

This for sure was a true Wisconsin moment.