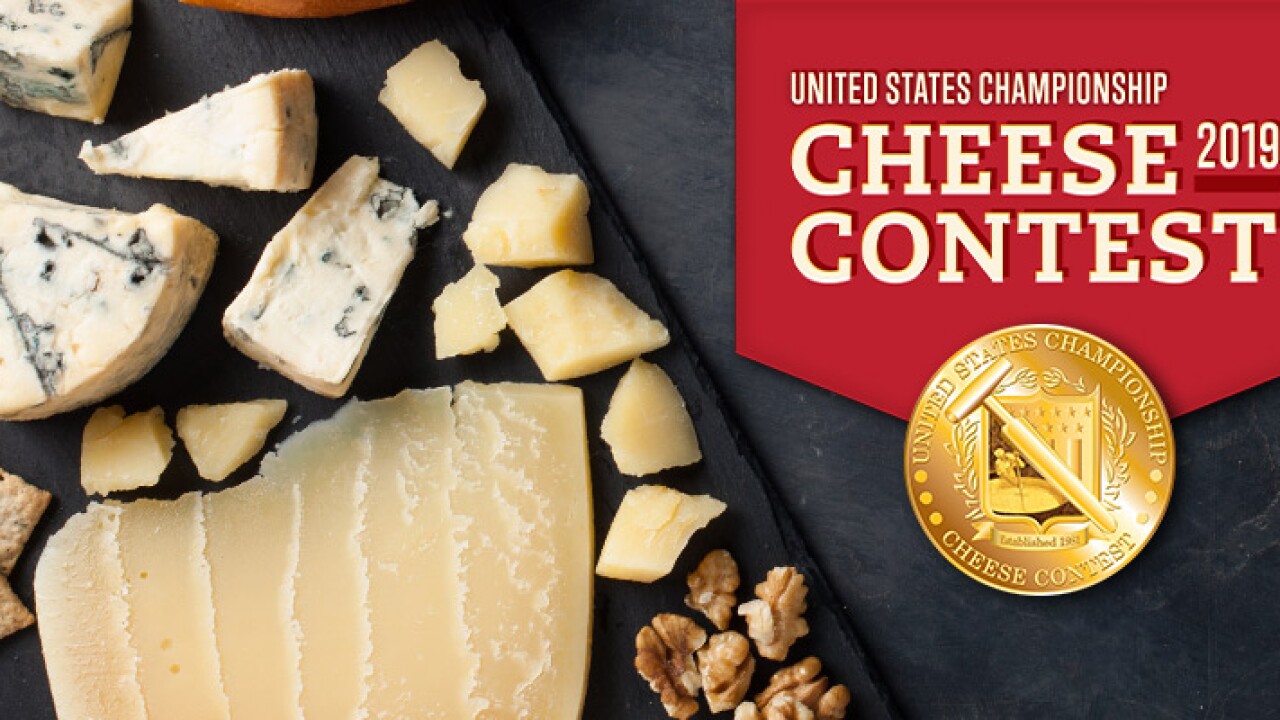 Marieke Gouda of Thorp, Wisconsin claimed both the first and second runner-up positions in the 2019 U.S. Championship Cheese Contest. Coming in just one-tenth of a point behind the Champion Cheese, with a score of 98.41, was Marieke Gouda Premium, a gouda cheese aged 18-24 months, and Marieke Gouda Overjarige earned a score of 98.39.

A record-setting 2,555 cheese entries from 35 states were evaluated during the two-day competition in Green Bay, Wisconsin.
A team of 60 nationally-renowned judges hailing from 20 states considered each entry’s flavor, body and texture, salt, color, finish, and appearance, scoring entries on a 100-point scale.

Overall, Wisconsin cheesemakers dominated the 2019 competition, earning gold medals in 60 of the 116 contest classes and sweeping the gold, silver, and bronze medals in 25 classes.

The U.S. Championship Cheese Contest is the largest technical cheese, butter, yogurt, and dry dairy products competition in the country, and has been held biennially since 1981.