Neon sign to be installed at Green Bay's Hotel Northland 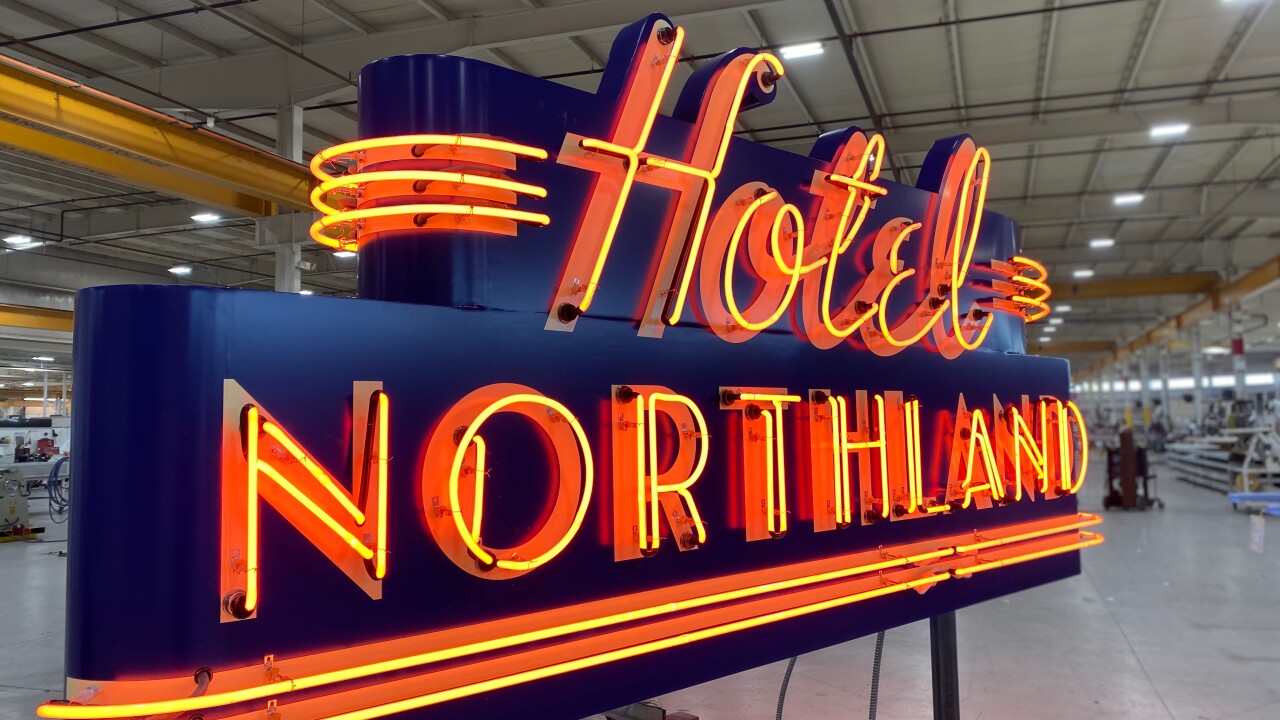 GREEN BAY (NBC 26) -- The recently restored Hotel Northland is getting a new neon sign that calls back to its 1920s origins.

The Hotel Northland first opened its doors in March of 1924. A news release states it was the largest hotel in Wisconsin at the time and at one point served as the headquarters of the Packers.

In the 1970s, the building was converted into apartments. The building transformed again in the 1980s when the building became senior housing. It was branded as the “Port Plaza Towers.” The building eventually closed and was abandoned for roughly 10 years.

During that time, it took years for the project to get underway, but finally re-opened on Valentine’s Day, February 14, 2019.

According to a news release from Downtown Green Bay, Inc., the new marquee sign will be installed Monday, November 18, beginning at 8:30 a.m. With the help of Jones Sign, the sign will be placed above the Pine Street entrance to the hotel.