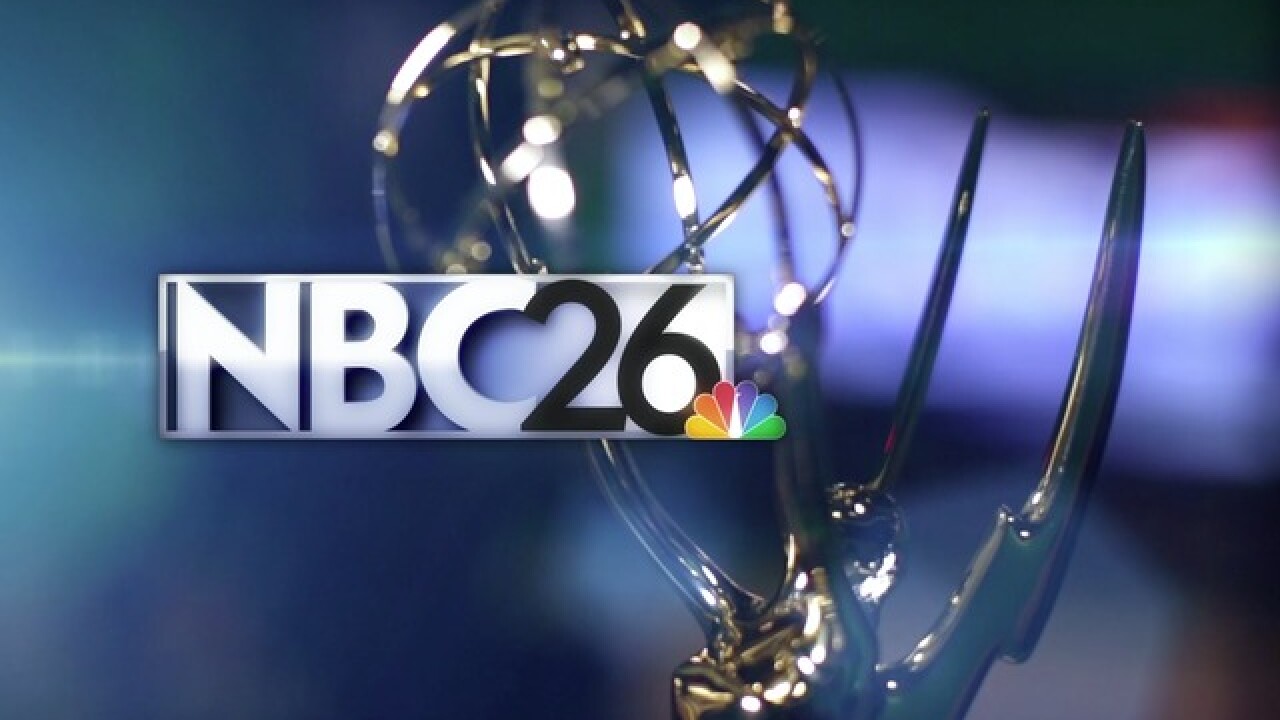 The news team at NBC 26 (WGBA-TV) has been nominated for three prestigious Chicago/Midwest Regional Emmy® awards.

The NBC 26 Today team was nominated for Outstanding Achievement for News Programming - Morning Newscast: Smaller Markets (51+) for team coverage of a snowstorm that slammed Northeast Wisconsin in January this year.

The Chicago/Midwest Chapter of the National Academy of Television Arts & Sciences presents the Emmy® awards in our region.

NBC 26’s Project: Drive Sober initiative was created to focus away from drinking and instead confront the choice to drive. This kicked off the station’s deeper commitment of weekly coverage, telling stories that impact all of Wisconsin and highlighting efforts to push for change.

During a January snowstorm that dumped several inches of snow, resulting in poor road conditions and school closings, NBC 26 had crews reporting from the hardest hit areas in the viewing area. NBC 26 Today provided reminders and tips on how to stay safe and kept viewers up to date on how commuters were faring on the major highways.

The media markets included in the Chicago/Midwest chapter are:

The winners this year will be announced on November 16th at the 61st Chicago/Midwest Emmy Awards Gala in Chicago.