National Guard assists as curfew is enforced in Green Bay 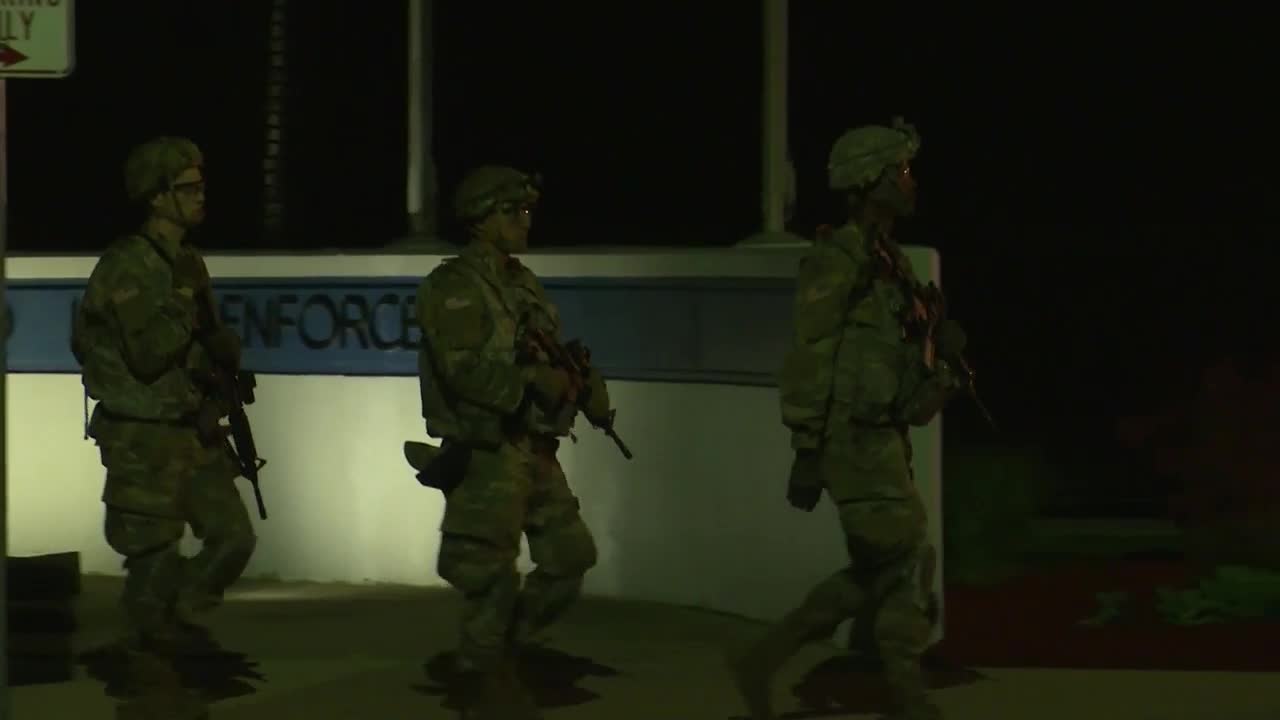 A curfew was set in place Monday after violence broke out during protests Sunday in Green Bay’s downtown. Some businesses were damaged.

A group of nearly 20 protesters was on the corner of Walnut Street and Washington Street as the sun set Monday. When the 9 o'clock curfew hit, they continued protesting. Within ten minutes of the curfew going into effect, several police squad cars were there.

Police made multiple announcements warning the protesters that they were in violation of the curfew. At that point, many did disperse, but a handful of people circled back, chanting.

It wasn't long before some of those individuals were handcuffed. Green Bay Police Chief Andrew Smith said five people had been taken into custody as of about 10:15 Monday night.

"They were being boisterous on the corner there, but that's fine you can protest all you want until 9 o'clock, once 9 o'clock ticks by, then you come in violation of the new curfew law we have here in Green Bay,” explained Chief Smith. “And once you're in violation of that, you're subject to arrest. They were given warnings, did not respond as we requested and so they were detained and ultimately are going to be cited."

Chief Smith said he expected them to be released Monday night. Police did confirm Tuesday morning there were no additional arrests due to curfew violation.

He also said the city asked the National Guard for assistance in guarding critical infrastructure. He says about 125 members are providing coverage to places like the police department and city hall, which allows officers to handle any incidents in the field.

Chief Smith says the same presence can be expected Tuesday night in Green Bay as the curfew continues.