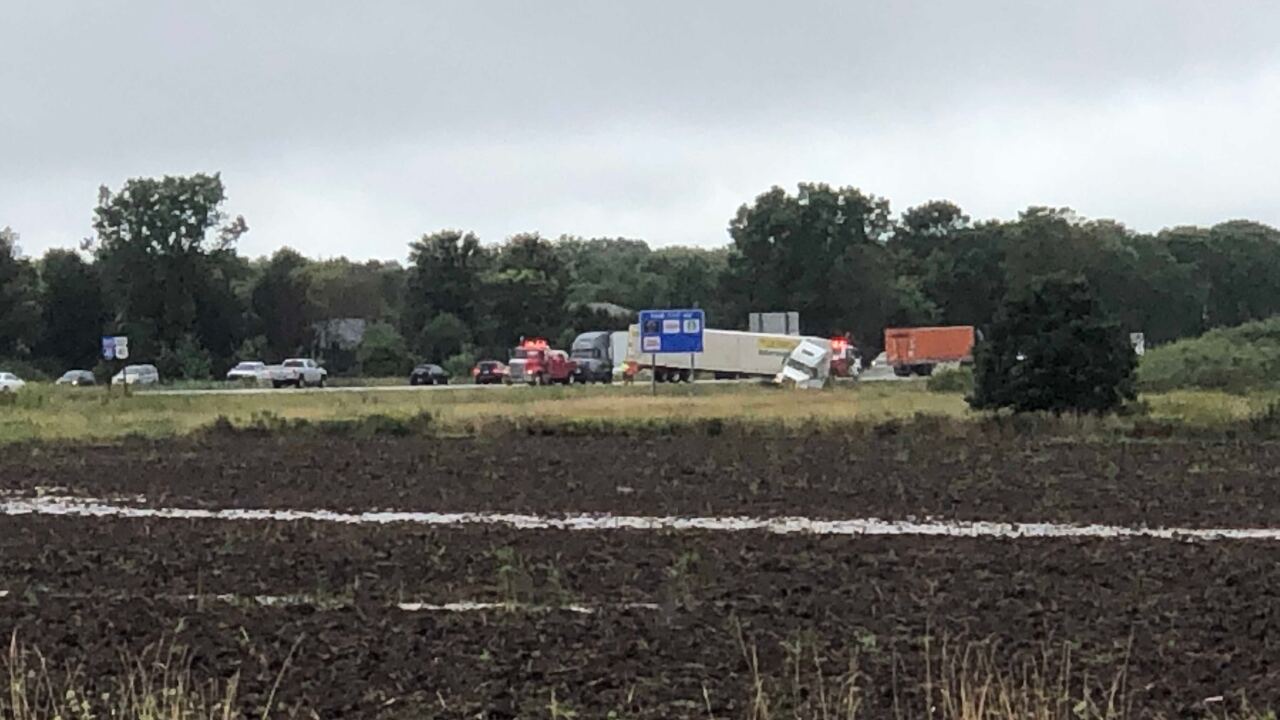 APPLETON -- A dump truck hit by lightning was one of two incidents that caused a traffic back-up Wednesday morning on I-41 near Ballard Rd.

At about 10:10 a.m., Wisconsin State Patrol said a dump truck heading northbound on I-41 near Ballard Road was struck by lighting. The driver was taken to the hospital. The truck would no longer run after it was struck.

About 30 minutes later, a semi southbound on I-41 near Ballard Road jack-knifed. Wisconsin State Patrol said it was likely due to heavy rain. The semi went into the median, then re-entered the southbound lanes before striking a truck on its way into the ditch. No one was hurt.

Traffic backed up for a couple of hours. WisDOT said lanes were cleared by around noon Wednesday.