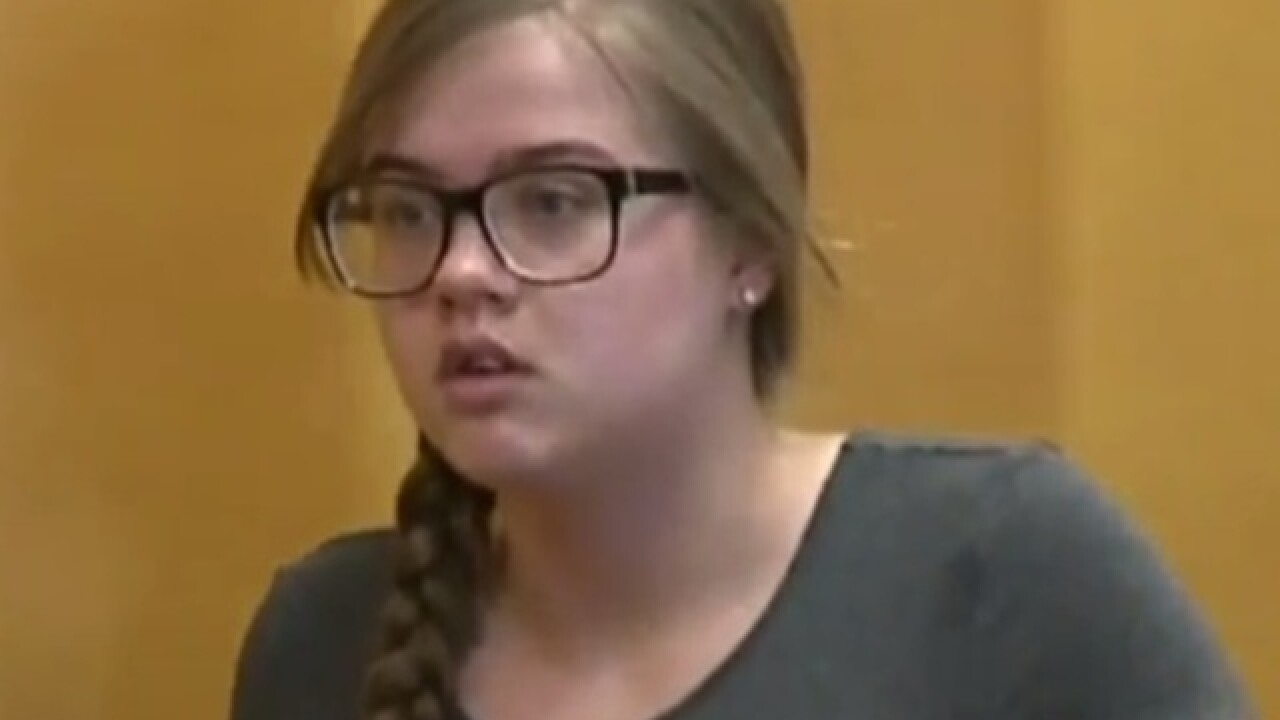 WAUKESHA -- Waukesha teenager Morgan Geyser was sentenced Thursday to a maximum 40 years in a mental institution for her role in the stabbing of a classmate to please the online fictional character Slender Man.

Geyser was sentenced in a Waukesha County courtroom Thursday.

The decision comes nearly four years after Geyser and Anissa Weier took their classmate into the woods and stabbed her 19 times.

Geyser agreed to a plea deal last year so that the victim, Payton Leutner, would not have to testify and relive the incident in court.

Geyser originally pleaded guilty to attempted first-degree intentional homicide but was found not guilty of the crime by reason of mental illness or defect in October 2017.

Jurors found Weier not mentally competent when she committed the crime, sending her to a mental health facility in December.

Weier was sentenced to 25 years in a mental institution. She will be eligible to be released when she turns 18 in 2020 depending on whether or not doctors confirm that she will not be a harm to herself or society.

Weier will remain under supervision until age 37.