'Miracle' cat recovering from gunshot wound to the face 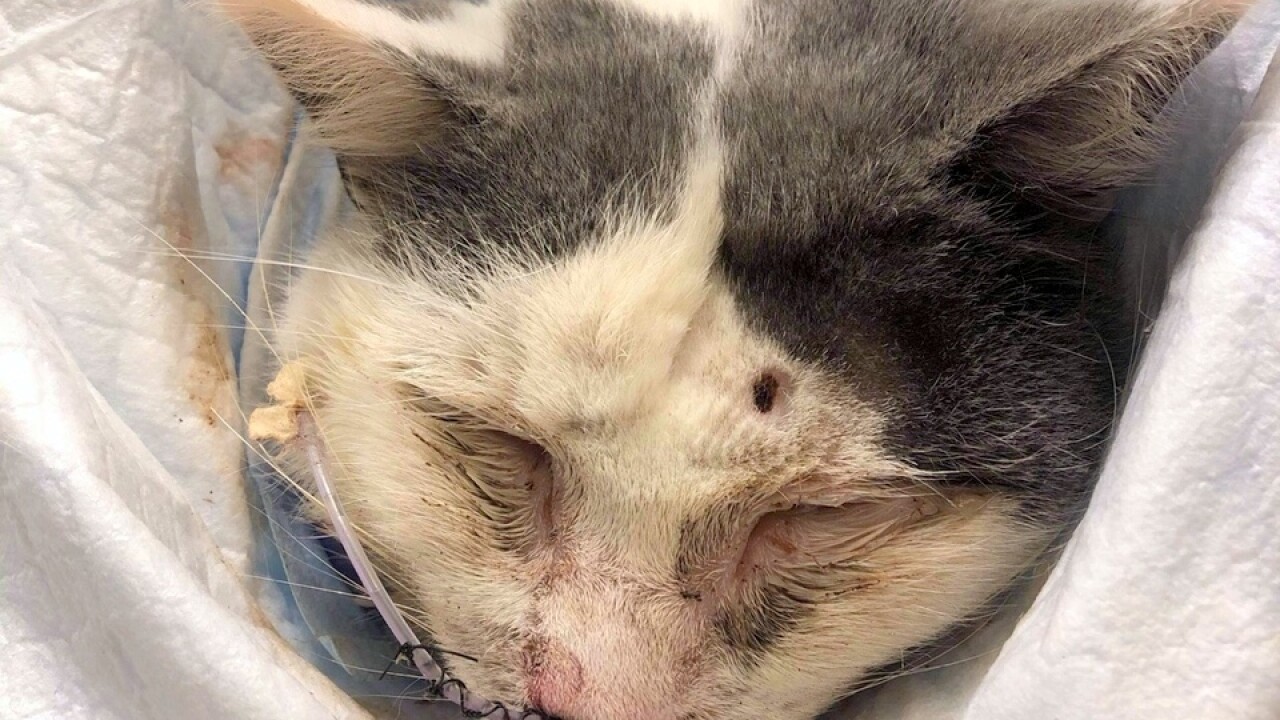 OSHKOSH (NBC 26) -- A cat is recovering after being shot in the face, the Oshkosh Area Humane Society says.

OAHS said the cat, who staff named Bernard (aka Bernie), was found near a home in Omro suffering from traumatic injuries.

The animal shelter said his eyes were crusted with blood but it wasn’t apparent exactly what his injuries were. Bernie was was rushed to the Animal Referral Center Fox Valley, where x-rays revealed he had been shot in the face.

According to OAHS, the bullet traveled from his forehead near his eye down through his palette and damaged his jaw before lodging in his shoulder. The animal shelter said it was a miracle he was still alive.

OAHS has named the cat Bernard for its meaning of “brave and hardy.”

Despite the traumatic injuries, OAHS says Bernie still enjoys pets and belly rubs. Bernie will most likely not be available for adoption for a minimum of several weeks, OAHS says. The cat will soon have surgery to repair some of the damage.

Anyone with information on Bernie or who may have injured him is asked to contact info@oahs.org or call 920-424-2128.