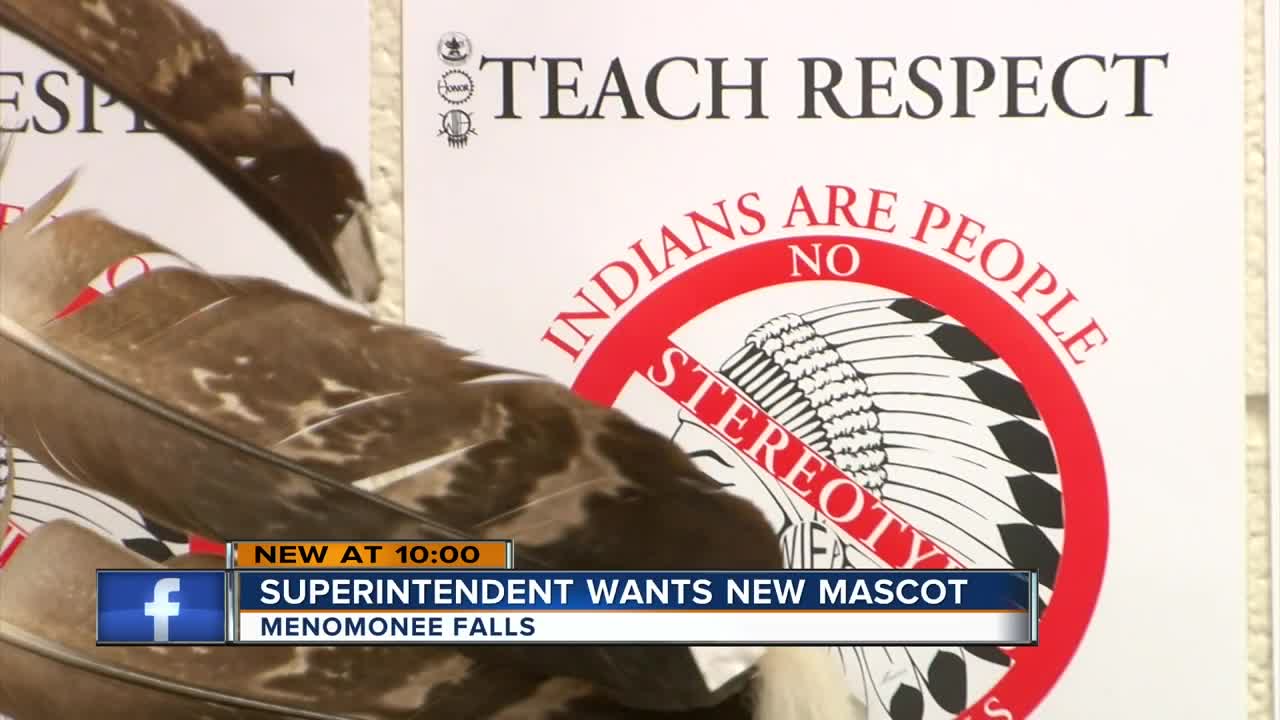 Drop the Indians mascot: that's what the Menomonee Falls School superintendent is suggesting.

The Menomonee Falls School District superintendent recommended the Indians mascot be retired at a school board meeting Monday night.

The meeting drew dozens of residents who, during a public comment session, spoke for more than an hour, some defending the mascot and others supporting a change.

"I don't believe it is in the best interest for our students, however, for our students, our families and our district to continue to compel our students to be represented by a mascot that is regarded as harmful, offensive or disrespectful," said Superintendent Corey Golla.

The Menomonee Falls Indigenous Peoples Group held a separate meeting in the library at Valley View Elementary School before the school board meeting. Speakers reiterated that race-based mascots promote stereotypes and are hurtful to Native American people.

"Psychological research has been done," said educational consultant Mark Denning. "Mascots and logos that are race-based are injurious to not just native children but all children."

During public comment, some residents said they support dropping the mascot.

"If we don't address this now, then when are we going to?" said Menomonee Falls student Isabella Skenandore, who is part of the Menominee Tribe and Oneida Nation.

Others expressed they feel strongly the mascot should stay, and that the debate should go to referendum.

"Indian is just not the high school mascot, it's an identity for the whole community, and I hope that's understood," said Menomonee Falls resident Dave Charlebois.

Some residents expressed that the board should focus on other student issues, like bullying or vaping. Others said they feel the students aren't being heard and should let them vote on the issue.

"If we want them to feel pride in a mascot we should have let them feel pride, and we have taken it away," said school board member Michele Divelbiss.

There is another chance for public comment at a school board meeting on Nov. 25. The school board is expected to vote on the issue on Dec. 9.