Mayville cleans up after homes were flooded with sewage water 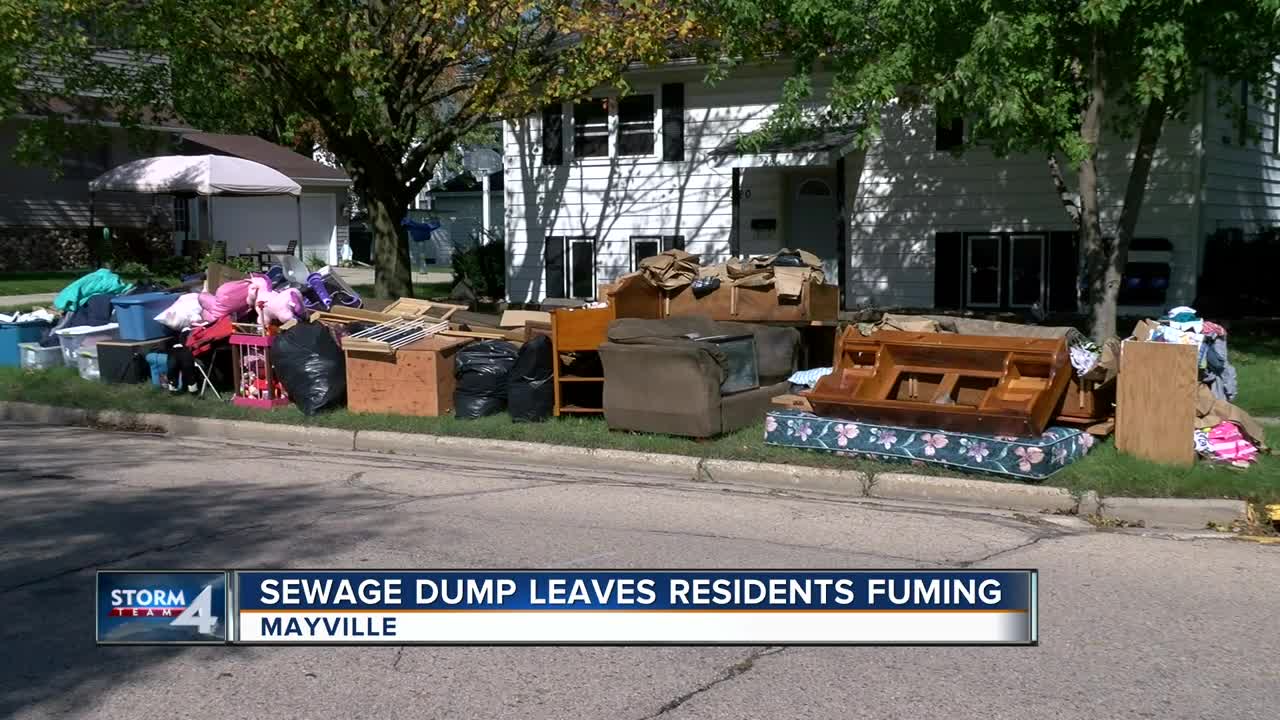 Mayville cleaning up after homes were flooded with sewage 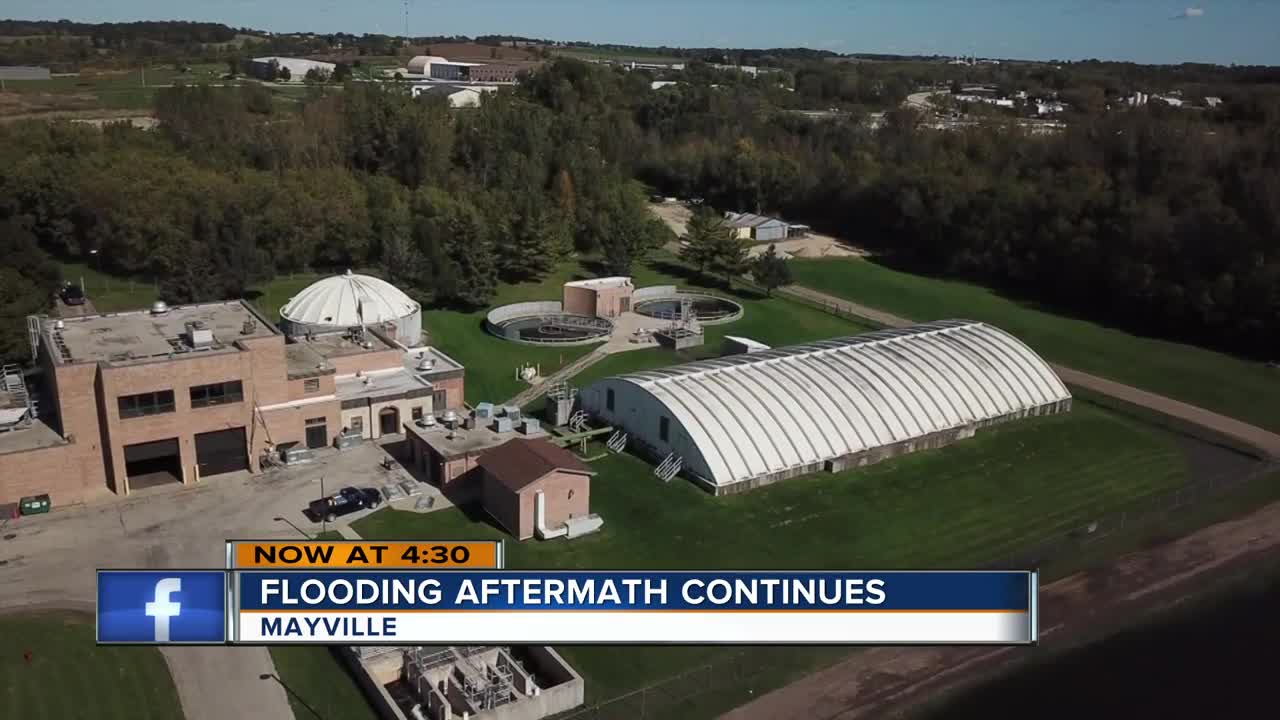 Residents in Mayville voiced their concerns during a Wastewater Utilities Commission meeting after their homes were flooded with sewage water.

City officials said on October 1st, heavy rain forced employees at the Wastewater Utilities facility to dump sewage water into the the Rock River. According to Rob Boelk, the city’s mayor, the wastewater plant typically treats 600,000 to 800,000 gallons of sewage a day but on Tuesday, the plant had 7 million gallons of water and sewage.

“We had to bypass the sewer plant and dump it into the Rock River to avoid any further damages for flooding and sewer backup,” said Mayor Boelk.

Melissa Petersen’s basement was covered in about 3 feet of wastewater. The family is now spending thousands of dollars to clean up their basement.

“I could smell it right away and when I walked up the steps it was clinging to my legs,” said Petersen.

Retired resident, Marlene Fleener’s appliances were destroyed. She said she doesn’t have flood insurance and is now concerned about how she will pay the $11,000 dollars worth of damages.

“I’m retired. I’m on limited money. I don’t know where I’m going to come up with everything,” said Fleener.

Many residents said this is not the first time sewage flooding has happened in the city.

‘In 2008 we had some sewage but the black fifth coming through the floor drains was ridiculous,” said one local resident to the Wastewater Commissions Board.

The Mayor said he was notified the city will not receive state or federal aid, leaving locals wondering about how they will pay for the cleanup.

“ I am sympathetic to their needs, this was quite a catastrophe but contact your homeowners insurance to see if their is any assistance,” said Mayor Boelk.

City officials plan to continue the discussion with residents on how to prevent this issue from happening again during a Wastewater Commission meeting in November.