One person killed, dozens injured in 131 car pileup on Interstate-41 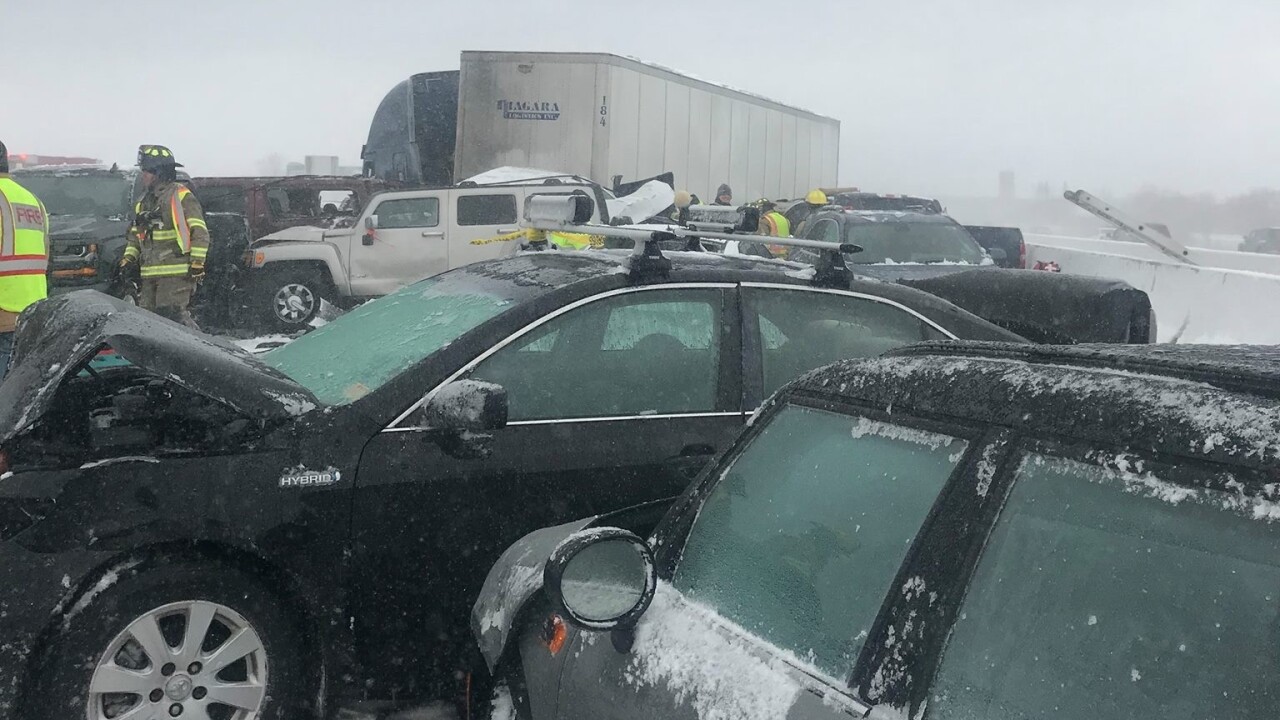 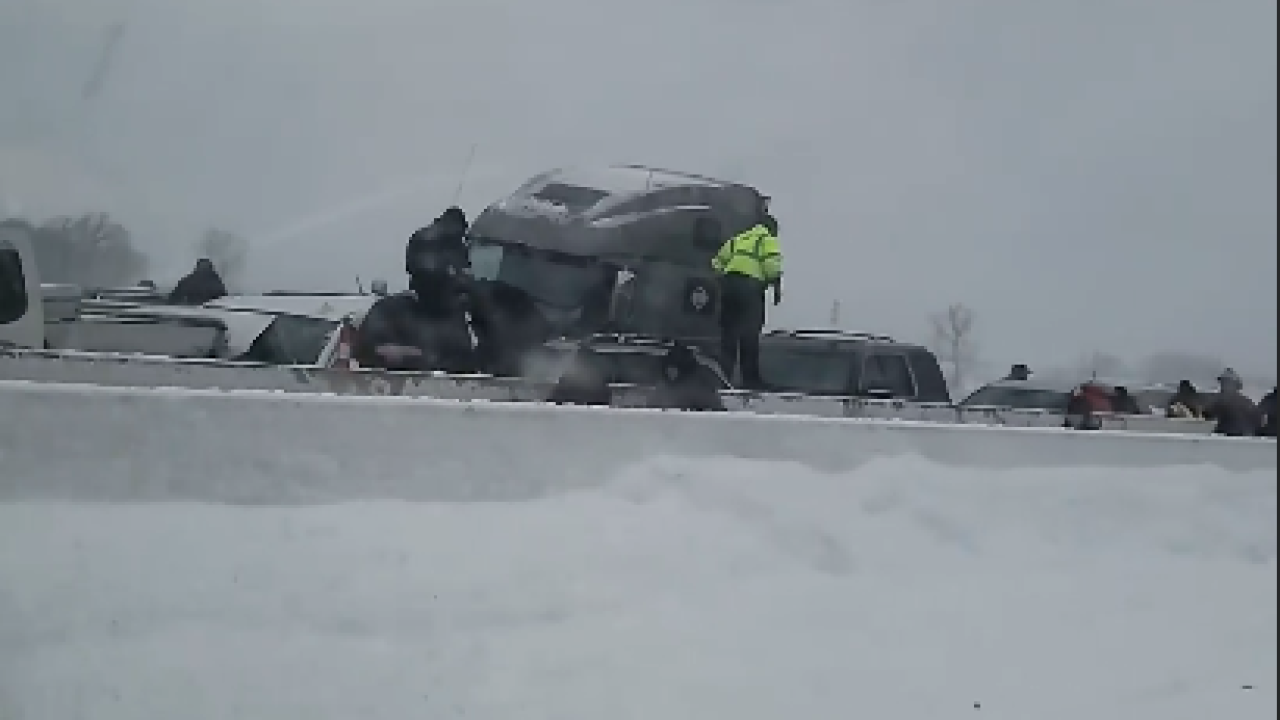 WINNEBAGO COUNTY, Wis. — One person was killed in a massive pile-up crash that involved 131 vehicles on I-41, the Winnebago County Sheriff's Office said Sunday.

The sheriff says 71 people went to six different hospitals. Of those people, 66 were treated and released and five were admitted for injuries.

Interstate-41 southbound through Neenah reopened after a 15 hour closure. The interstate reopened at 3 a.m.

The Sheriff's Office says a call for the crash first came in at 11:10 Sunday morning on I-41 southbound in the area of County Road G. Whiteout conditions were reported.

500 vehicles behind the crash had to be escorted off I-41, authorities say. It took crews two hours to stabilize the scene.

The Red Cross had set up a shelter for people to reunite after the crash. The shelter closed a few hours later and authorities say all families have been reunited.

Authorities encouraged everyone to stay home until bad weather passes.

When involved in a crash, authorities remind drivers to turn on hazard lights, stay in the vehicle, and keep their seat belt on.