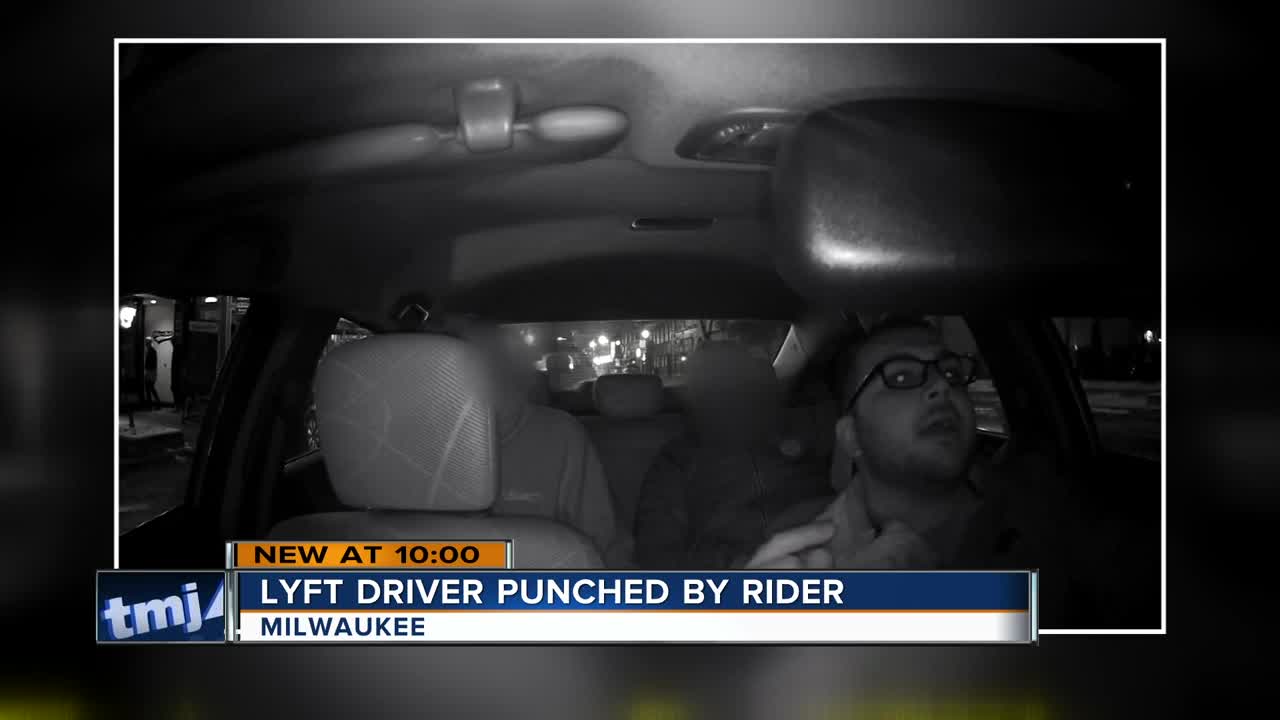 A woman gets banned for life from Lyft and she punches her Milwaukee driver in the head. It is all caught on the drivers' dash camera video.

A woman gets banned for life from Lyft and she punches her Milwaukee driver in the head. It is all caught on the drivers' dash camera video.

"Alright, let's do this," said Zack Jassar as his passengers get into his car Tuesday night.

He was driving for Lyft around Fiserv Forum where The Chainsmokers concert had just let out. The was busy and he tried making small talk with the passengers about it, but the woman was upset.

"I'm still mad at you," said the woman passenger in the surveillance video.

"Why are you mad?" asked Jassar.

"I called you," answered the woman.

He believes the passenger tried calling him on the Lfyt app. But he couldn't pick up the phone. They only made it about a block when Jassar said he felt like the situation was escalating.

"It's not good for your rating. Not good," said the passenger.

"Then this ride is over," said Jassar.

The passenger then told Jassar to pull over immediately. He told her he would be contacting customer support. That's when she lost it.

"You need to leave the car now, please," said Jassar.

Jassar said he was shocked she hit him. In the two years he had driven for Lyft he never experienced any violence from passengers.

"Obviously, she was way too upset and she decided to sucker punch me on the way out," said Jassar.

Milwaukee Police said they are investigating the incident.

"Safety is fundamental to Lyft and there is no place in our community for violence of any kind. We have reached out to the driver to extend our support and have permanently banned the rider from the Lyft platform. We stand ready to assist law enforcement with any investigation."

"Whatever motivated this, I can't tell. But it is probably not justified to attack a random stranger if you have a bad day," said Jassar.