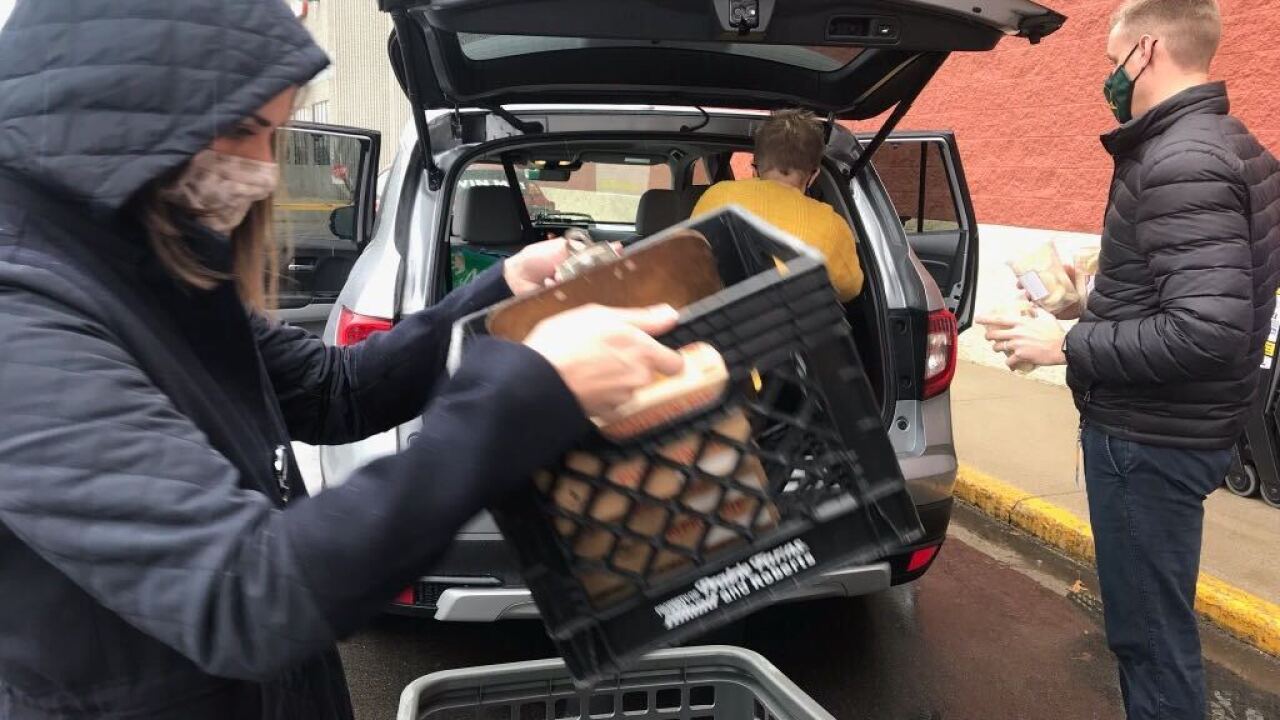 ASHWAUBENON (NBC 26) -- It's a tradition of giving that's been going on for nearly a decade.

Nine years ago, Rob Vought teamed up with the staff from Parkview Middle School in Ashwaubenon to feed ten Parkview families on Thanksgiving.

Once again, they paid for and picked up the meals on Tuesday at Festival Foods where Rob works.

"We want to help them. And show that we care about not only their student, but the whole family. And it's never too late for us as a staff to learn to give back to others in our community. And it's never too late for human beings to learn that we need to support each other through difficult times." Kris Hucek, the Principal at Park View Middle School.

In each bag, a meal including turkey, potatoes, frozen veggies, pumpkin pies with cool whip and cookies baked by the staff.